"With enough lead-up before the festival to really get things right, MIFF has presented a lineup that is still rich with talent and options for the discerning cinephile."

This week, MIFF is back.

The Melbourne International Film Festival could not, of course, exist as it usually does in 2020, during a pandemic. Especially now that Victoria has become the epicentre for the virus in Australia, and those same footpaths where MIFF viewers usually queue will be locked down after the 8 p.m. curfew.

But so far as we know, you’re still allowed to spend time in your own living room.

That’s where MIFF 68 1/2 — not quite the 69th annual festival — will kick off this Thursday night, with more than a hundred new films. Starting things off will be MIFF multi-time veteran Kelly Reichart, whose First Cow is the festival’s opening night film.

Alas, you can’t get tickets to see that as it is sold out. How can a film available online, whose “seating capacity” is theoretically unlimited, sell out? I think it has something to do with creating a sense of urgency and not cannibalising the film’s eventual performance in Australian cinemas. I won’t speculate.

But films selling out makes MIFF 68 1/2 feel more like a regular MIFF than it will in many other ways, and maybe for that itself we can be grateful.

The decision to move MIFF online was made back in April, when it still seemed possible we might have this thing under control by now. Of course, preparations for something as large, and with as many moving parts, as MIFF must be made cautiously, with maximum foresight for the possible waste of everybody’s time and money, and of course for their health. Given that this is a winter festival, and winter figured to be the time of the greatest spread of COVID-19 in Australia, the decision to move the festival online was undoubtedly the right one. Especially as things have turned out. 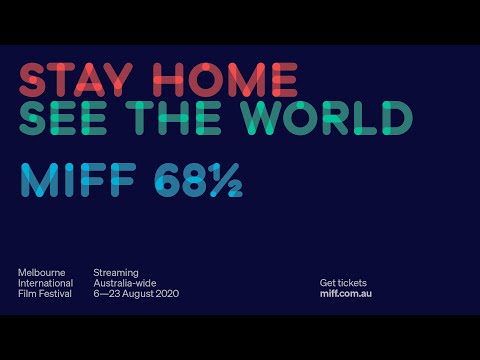 But with enough lead-up before the festival to really get things right, MIFF has presented a lineup that is still rich with talent and options for the discerning cinephile. Not yet sold out are the centrepiece film, the Peter Pan reinterpretation Wendy, from Beasts of the Southern Wild director Ben Zeitlin, and the festival’s closing night film, Ema, starring Gael Garcia Bernal and from Jackie director Pablo Larrain.

The whole catalogue is available for viewing and for purchase of tickets at miff.com.au. Some films are available for the duration of the festival, which runs until 22 August, while others must be watched within a short window, and won’t be available until they debut.

You may not be queueing up outside The Forum in the light rain like you have in the past. But it’s still MIFF, still a communal opportunity for Melburnians to watch movies together — in the only kind of togetherness 2020 allows.