Changiness is next to Godliness. 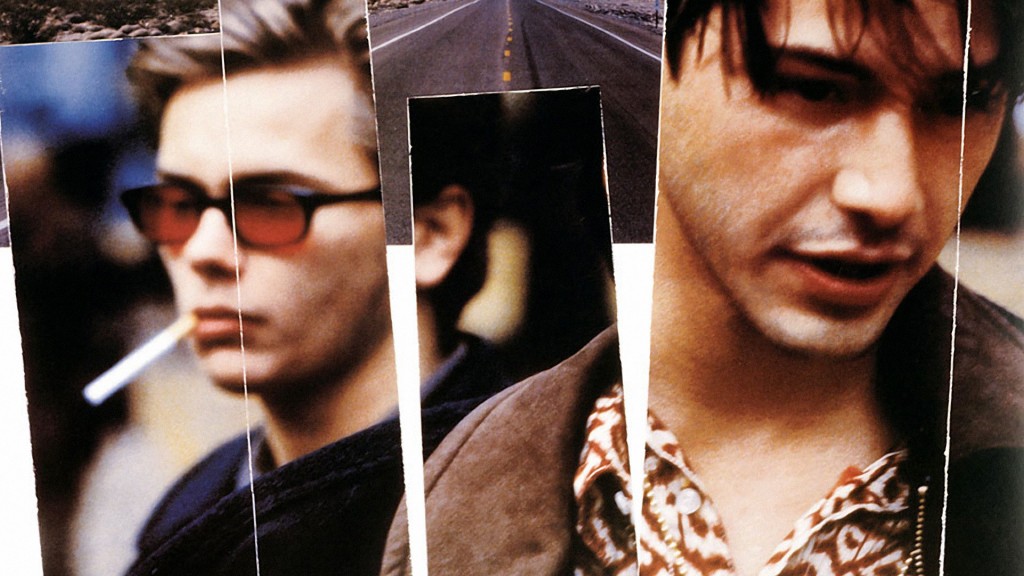 Films that question social matters. Films that have inspired cultural change. Films that make you take a hard long look at yourself and humanity. Perhaps we are born into this world without a sense of discrimination only to become more narrow minded as we age through cultural and personal experience – lets get real about equality and abolish prejudice in areas of gender, race, sexuality, youth and focus on human rights including politics and socioeconomics. Film has the power to evoke social and cultural movements – great people thinking about a great future. These are some of the films that make you go wow.

This German film debates ethics, capitalism and class divide, following three young Berliners’ active social beliefs. It’s only too soon that a simple protest turns into serious crime – the rebels and the hostage fleeing to the country where they explore ideas of social injustice and political strategy. This three-man movement realistically reviews antiestablishment ideals, showcasing both the activist and egocentric facets of the protest. When asked what she wanted to be before her waitress job and suffocating debt, Jule (an activist) beautifully puts it – “I guess I just wanted to live wild and free”. The flesh of this film exposes global destruction yet it’s underpinning notion is the idea of freedom for humanity.

To Kill A Mockingbird is a heavily influential and powerfully poignant adaption of Harper Lee’s seminal novel. The great Gregory Peck plays the remarkable Atticus Finch, who symbolises a fresh and positive social change while defending a black man wrongly accused of rape. This film strips away racial prejudice to rightly deem all men equal in a segregated 1930s Southern America. Continuously inspiring people, this story resonates throughout time, evocatively educating the audience on matters of equality. A revolutionary masterpiece.

This film pushes disability into the light, observing the neglected and abused existence of Precious. This glamorous name is almost a cruel joke, mocking the merciless and bitter reality of her life of illiteracy, poverty and abuse. 16 and pregnant for the second time, the father of her children is her own father. Living with a mother who backhands insults and violence, Precious has a dream to be famous or really, just to be loved wholesomely. This film explores the cultural tensions of race and gender in the low socioeconomic class.

Here’s to you Mrs. Robinson, koo-koo-ka-choo. 1967, Anne Brancroft hits the screens hard as Mrs. Robinson. Cougar and admitted alcoholic, this bored housewife hunts for excitement. Benjamin (young Dustin Hoffman eat your heart out) returns to the suburbs, worried about his future and wants space simply to analyse the road ahead. Produced during the Vietnam War, this film comments on the corruption of the older generation and the unaffected behaviour of the younger, Mrs. Robinson representing the generation before and graduate Benjamin symbolising youth and the future – we experience a depiction of useless authority that can relate in a wider sense than just their relationship. The older generation manipulates and exploits the younger, seducing the graduate into an archaic version of the world and distracting him from anticipating an alternative livelihood to that of his parents. The Graduate captured the spirit of the youth in the 60s.

Smoking, talking, hanging out in coffee shops, killing time. Mike, a narcoleptic vagabond with a damaged upbringing, drifts through life, finding himself between sheets of strangers. It’s Scott – a street hustler from a rich family – that Mike falls for. This film makes a bold statement, expressing raw feelings of Mike’s love for his best friend; we are thrust into an emotional and dramatic experience. An unconventional Shakespearian interpretation, My Own Private Idaho explored homosexuality and unrequited love, helping bring queer film to mainstream cinema.

Behind the haze of sun bathing tourists and luxury accommodations is the insidious slum of Rio de Janeiro, infested with corrupt gangs and extreme violence. It’s easy to submerge into the surrounding environment – the youth joining the inevitable existence of gun and drug culture, graduating to cocaine dealings, armed robbery and mass gang warfare – the City of God was built to move impoverished people as far away as possible from wealthy beach resorts. Yet, one sixteen year old photographer won’t be persuaded into an outlaw life, even though the odds are against him.

An entertaining classic, sure but Guess Who’s Coming To Dinner actually rocked the boat in the late 60s, confronting an audience experiencing war and with that, major social changes. This influential piece was a progressive force, introducing interracial marriage to the screen. Guess Who’s Coming To Dinner serves as a reflection of the social and political context of 60s America, showing this topical subject evolve from a taboo to a revolutionary stance. Most importantly, here, we are exposed to America’s positive change in racial conciseness. Yet, the newly engaged couple are lost in bliss, unaffected by racial differences, suggesting that ‘love conquers all’.

Dead Poets Society aimed to shatter the conservative practices of education and the oppression of free and alternative thought. Welton Academy demands that the students trust the doctrine without defiance, but we empathise with the young characters, who yearn to be and do more beyond the shackles of expectation. Mr. Keating’s teaching methods do not adhere to the school’s conformity policy, inspiring the students to walk the path of the individualist. The poetry Keating teaches the class stands out to be a revolutionary advocate for free thinking and artistic practises. Uplifting and dramatically deep, this portrayal investigates the consequences of strict and outdated educational structures that in some cases still occur in our contemporary society.

Female oppression has lifted even slightly in certain countries allowing women selected equal rights. This is a major theme in Kiarostami’s Ten. Set somewhere between documentary and fiction, this naturalistic film explores ten emotional inner city car trips with a middle class Iranian woman. While this film is set entirely in a car, a liberating celebration for women’s rights in a sense, we are constantly reminded of the dictatorship and rigid traditional views outside the moving vehicle. This picture aims to subtly and realistically create a portrait of a modern woman as she drives around, listening and talking with passengers.

Amal, a small Sweddish town – not much to do, nowhere to go. Agnes, a teenage loner, develops a crush on popular girl Elin. As harsh as highschool is, rumour spreads that Agnes is a lesbian, shoving her private feelings into the public eye of cruel classmates and intolerant adults. This film moves from light to dark, showcasing the rapid fluctuations of the teenage mood, confronting the audience with the social pressures of being a young person. Moodysson thematically communicates the prejudice against homosexuality, conveying a sense of belonging between the two young women.