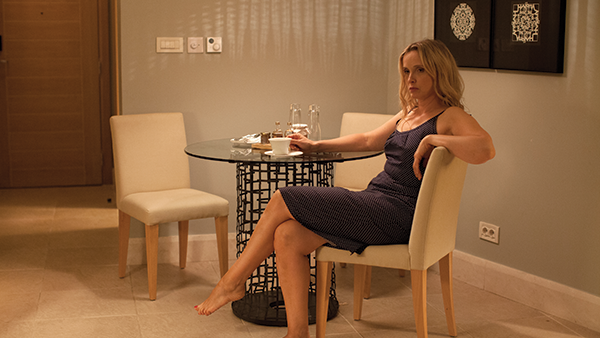 In my opinion, one of the worst habits in the world of film criticism is when a critic deems an entire film terrible. Regardless of poor acting, horrendous character development and/or a shaky script, there is always some aspect to a film that deserves some praise. Even some of the worst films of the year have one partial redeeming quality – the train wreck that was Movie 43 can arguably be commended for assembling a cast of tremendous talent.

So when a critic assigns perhaps half a star to a film or it is deemed ‘rotten’ on Rotten Tomatoes, it can be very simple to dismiss a film and let moments of spectacular filmmaking fly over your head. Not every film can be like Gravity or Blue is the Warmest Colour where great filmmaking is sustained over the entire running time. Thus, I bring you a list of some of the best scenes from the cinema of 2013. Like every year, there were plenty of hits and misses, but these are some moments (regardless of context) that stood out as magnificent filmmaking.

The Bomb Strikes | How I Live Now

One can easily find explosions and excessive special effects quite boring in action films. Straight-to-DVD films and cheap action flicks starring WWE stars pride themselves on the amount of explosions they have. In How I Live Now, director Kevin Macdonald completely avoids the use of any explosions during a pivotal moment in plot development: the protagonist and her new friends carelessly play in the English countryside when a nuclear bomb strikes London. What would usually be a post-Dark Knight scene of loud music and huge explosions becomes a silent one with the beautiful ashes of a great city resembling a quiet day’s snowfall. Somehow in this beauty, Macdonald is able to create a stunning scene that is haunting in its simplicity. It is the sense of isolation and fear of the unknown that can be much more terrifying than loud noises and special effects. A redeeming scene in a film that is otherwise quite predictable.

Steve McQueen’s achingly realistic portrayal of slavery is practically a tapestry of great and memorable scenes. If you haven’t seen the film yet, this won’t really be a spoiler but if you prefer to go in fresh then don’t read any further. There’s a scene in which a number of slaves are brought into the home of Edwin Epps (Michael Fassbender) to dance for their master. It plays out deceivingly light-hearted: our protagonist Solomon Northup (Chiwetel Ejiofor) plays a tune on his fiddle and we begin to see a smile on some faces. However, the cheer soon stops when Edwin’s unprovoked wife assaults one of the slaves played by the magnificent Lupita Nyong’o. In a film which is primarily melancholy, McQueen deceives us into believing there could be moments of pleasure for slaves: only to snap us back to reality in a second of blunt violence. The argument between Epps and his wife that follows provides strong characterization for the two, and the situation of women during the time is similarly critiqued. It’s in this scene that juxtaposes partial content with extreme prejudice that he so realistically produces a suddenly depressing portrait of slavery during the nineteenth century.

While numerous critics have labelled the film one of the biggest disappointments of the year, Only God Forgives (which screened in competition at Cannes this year) was much more tailored towards fans of director Nicolas Winding Refn’s back catalogue. The pairing of Refn, Ryan Gosling and composer Cliff Martinez suggested something of a sequel to 2011’s Drive. However, what followed was stylish a bloodbath of prostitution, misogyny, karaoke and Freudian psychology rather than an 80s neo-noir effort. During this particular scene, Lt. Chang (Vithaya Pansringarm) interrogates Byron on why he ordered a hit. The scene plays out like an over-the-top gangster sequence that may well have been written by the murderers in The Act of Killing. In the middle of a club where numerous Thai ladies sit silently like mannequins and someone quietly sings ‘Falling in Love’ (written by Cliff Martinez), Chang stabs Byron multiple times and gauges his eye. One of the most memorable lines of the film: ‘Ladies, close your eyes. And you, gentlemen, watch carefully’, could be pulled straight out of a Tarantino film.

One of the triumphs of David O Russell’s American Hustle is undoubtedly the soundtrack. Ever since Team America, pulling off montages without coming off as corny can prove to be difficult, but this very brief scene colourfully shows a pissed-off Jennifer Lawrence head bang to a Wings classic. The montage works well in providing character development for Rosalyn and seemingly comes out of nowhere; she furiously cleans benches like a woman who regrets being domesticated and complains to her son about his father being a ‘sick son of a bitch’. It’s an entertaining and hilarious portrait of an ambitious woman trapped by marriage, strengthened by the star power of a universally admired actress.

Canadian auteur Xavier Dolan continues to prove that excessive style doesn’t always equate to little substance. In his third film, the 24 year old introduces us to the post-op transsexual protagonist by blasting Fever Ray’s ‘If I Had a Heart’ in a very memorable opening sequence. It consists of a slow tracking shot which follows the masculine figure walking through the streets. Dolan switches to close-ups of people in public who stare directly into the moving camera, and with the 1.33 : 1 aspect ratio, their confused/disgusted faces wonderfully fill the screen. It’s a very unique opening from a promising director which immediately confronts the audience with universal transphobia, preparing us for the whirlwind of emotion and prejudice that is about to ensue.

The entire ‘Before’ series prides itself on being incredibly realistic. After watching any of the films, for months after I would be quoting it as if I were actually there conversing with Jesse and Celine. Unlike every romantic comedy with bland characters, these two are intelligent and their chemistry is not only determined by the things they have in common but their differences too. This intricate scene is defined by a central anticlimax: their lust immediately turns sour in one brief moment and soon their repressed feelings finally unearth themselves. It maturely demonstrates the transience of marital relationships, and without the children around them, Celine and Jesse are finally able to honestly speak to each other. Its realism is undeniable because their arguments hit so close to home. In this one scene of flawless dialogue, the trio of screenwriters show us the true composition of marriage behind the closed doors: when the characters are both literally and metaphorically stripped bare.

The One-shot Robbery | The Bling Ring

If you’ve seen the Sofia Coppola film, you know exactly which robbery scene I mean. The Bling Ring was another supposed ‘disappointment’ to come out of Cannes this year, but when you look past the superficiality of it all, it becomes a rather intelligent satire. In a film which primarily feels like a long reality TV show, this particular silent wide angle shot seems to come out of nowhere. As we play the voyeur, Coppola deliberately distances us from the characters to objectively see their actions away from who they are robbing and more towards what they are doing. The scene is obscurely transfixing as we see the glistening lights of Los Angeles ‘resemble the diamonds they are stealing’ (according to Coppola), hear dogs bark and the wind rustling. Coppola quietly sucks the adrenaline and excitement out of their actions; developing a peacefully brooding moment in an otherwise fast paced film.

Sex Scene | Stranger by the Lake

While the sex scenes from Blue is the Warmest Colour sparked the most controversy coming out of Cannes earlier this year, Alain Guiraudie’s Strange by the Lake (which won the Queer Palm and directing prize in festival section ‘Un Certain Regard’) contained moments which were just as explicit. I still remember the old lady beside me squirming during an ejaculation sequence. The film is a slow thriller which exclusively uses a gay cruising spot in rural France as the setting, making the film something of a Hitchcockian suspense similar to Rope. The eerie dreamlike ambiance which Guiraudie develops throughout the film outstanding, but this particular scene brings us out of the dream and throws us into a moment of passionate ecstasy: the kind of excitement that every one of the characters is seeking in the cruising hotspot.

This film divided critics between those who were willing to try and read past the hedonism and those who weren’t. On one end you get a stinging social commentary, but on the other you mightn’t see anything more than an elongated LMFAO video clip. This scene where James Franco’s Alien sings to Britney Spears’ ‘Everytime’ is arguably the most ridiculous and over the top moment of the film. It’s incredibly cheesy and cliché, but deliberately so on behalf of Harmony Korine. The three girls ask for ‘a song that’s sweet – a song that’s uplifting’ and their innocence is juxtaposed with their violent robberies (just like the auditory motif of the girls speaking to their parents over shots of ludicrous partying). This particular song by Spears was written just as she was beginning to become mentally unstable, and her breakdown echoes in the balaclava-ridden shotgun tangos of the three girls. The scene is so outrageously absurd on a superficial level, but accurately captures the faux sentimentality of the naive college students. Korine creates a hedonistic portrait of girls brainwashed by rap music videos who, like Britney, are done behaving the way they are supposed to.

Abbas Kiarostami’s first film outside Iran features a beautiful scene of the young prostitute Akiko riding alone in a taxi to her next client while the lights of Tokyo, and her youth, pass her by. Sitting alone in the cab, voicemail recordings left by her grandmother who is briefly visiting play over the scene. It forms a gut wrenching sequence that sees our protagonist progressively delve into new depths of sorrow: unable to miss her appointment with her next client to see her grandmother before she leaves. The scene masterfully prepares the audience both visually and thematically for the melancholy film that is about to ensue. Behind the cab window, she is literally and metaphorically trapped inside the ephemeral life she has chosen for herself; and, as the lights of her city dance across the screen, feelings of regret are quietly unearthed.

Honourable mentions go to Blue is the Warmest Colour, The Great Beauty, After Lucia and Frances Ha: three films for which I found it much too difficult to isolate a single scene. For more Lists, click here. If you’re digging ReelGood, sign up to our mailing list for exclusive content, early reviews and chances to win big!