There’s plenty in the film world that’s overrated. As ReelGood has pointed out, The King’s Speech, Morgan Freeman and Peter Jackson all fall into this category.

What I want to say is that just as interesting as considering which films and filmmakers are overrated is the question of whether any are underrated. Are there any films or filmmakers that have somehow slipped under the critical radar and are un- or under-appreciated by critics and other cinephiles? I wouldn’t be writing this article if I didn’t think the answer to that question was ‘yes’. So here are my suggestions for films/filmmakers/actors that are underrated

2004 saw the release of Harry Potter and the Prisoner of Azkaban.  Now it’s admittedly hard to describe a Harry Potter film as good, but it’s certainly the least bad of all of the Harry Potter films.  And when you consider just how appalling the first two Christopher Columbus-directed installments in the franchise were, Cuarón’s efforts to fight back and coax some acting out of the cast are all the more impressive.

In 2006, his best film to date, Children of Men, was released.  Set in an eerily convincing dystopia, in which women have lost the ability to have children, Children of Men is arguably one of the greatest science-fiction films ever made.  Riveting from start to finish, it manages to say something about (of course) the importance of children to human society, about individual political engagement and about the xenophobic and anti-immigration demagoguery that frequently characterises right-wing politics today.  Cuarón also succeeds in drawing a lively performance out of ‘Mr Charisma’ Clive Owen and one from Michael Caine in which his voice is not too irritating, both notable achievements.

So far, Cuarón’s only misfire has been his 1998 adaptation of Great Expectations.  Art Linson’s book What Just Happened? makes it clear, however, that Cuarón wasn’t to blame for this film.  (Indeed, the mere fact that Art Linson was involved with the film absolves everyone else from blame. Of course it was terrible!) 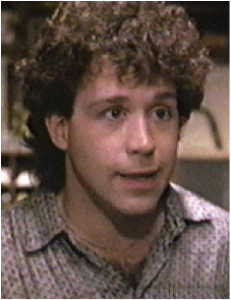 If you’ve seen Ron Howard’s 2006 The Da Vinci Code, you might be forgiven for thinking that he is the worst director of all time.  Believe it or not though, there was a time, before the Dan Brown adaptations (and obviously after Happy Days), when he directed some good movies.

Parenthood is a very good movie.  Indeed, in my view, it is that rarest of things: a perfect movie. There is really no way that you could improve upon the script, the acting or the direction.  Even the Randy Newman score is perfectly suited to the movie.  Easily mistaken for just another late-80s and early-90s mediocre Steve Martin comedy, Parenthood is in fact a very thoughtful and moving depiction of American family life.  It features career-best performances from many of the cast members, including Keanu Reeves, Rick Moranis, Tom Hulce* and Martin himself, and is up there with Life of Brian and Groundhog Day as one of the funniest films I have ever seen.

Too many Australian films search for the Australian identity in the wrong place.  They are set in the bush or the outback and feature tough country folk who wear Akubra hats and talk in broad Australian accents and love nothing more than to knock bar a few ‘frothies’ at the local pub.  We live in one of the most urbanised nations on Earth, though.  Most middle-class Australians grow up in the suburbs, playing Xbox and having piano lessons.  They are city-slicking weaklings who have never wrestled a crocodile or run out of water in the Great Sandy Desert.

Disappointingly few films attempt to depict the lives of modern Australians as they are actually lived.  Looking for Alibrandi is an exception. Like Y Tu Mamá También, it is a coming-of-age story, but in this case, the protagonist is Josie (Pia Miranda), an Italo-Australian girl living in Sydney and undertaking her final year of high school at a prestigious private school.  In the tradition of the Bildungsroman, Josie undergoes a number of challenging experiences during the year, including the return of her father, whom she has never met, to Sydney, the suicide of her close friend (sorry – that really should have been a ‘spoiler alert’), bullying at her school and an on-and-off-again romance with a ‘bad boy’ who attends the local state school.  She emerges (of course) from these experiences with a newfound confidence and sense of personal identity.

Looking for Alibrandi is a distinctively Australian film and a very good one.  The all-Australian cast is also excellent, with Pia Miranda and Anthony LaPaglia, who plays Josie’s father, standouts.  And as for poor old Matthew Newton, well, those were happier times. 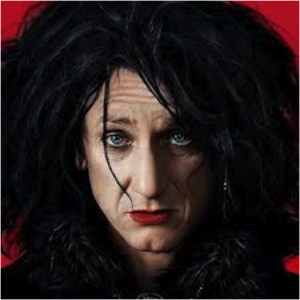 This last one should be no surprise ― a two-time Academy Award-winning actor who has gone from strength to strength throughout his long career and consistently delivered emotionally powerful and, at times, even devastating performances.  Penn is one of America’s finest actors and his intelligent and considered political activism mark him out as someone who is also prepared to engage politically and work to improve the lot of those less fortunate than him.

Just kidding – he’s horrible.  He’s one of a small group of actors, along with Liam Neeson, Anthony Hopkins, Robin Williams and, I maintain, Ryan Gosling, whose appearance in a movie instantly convinces you that you’ve picked the wrong film.  Probably only Anthony Hopkins has more annoying facial expressions.  He also gives every appearance of being an idiot.  Here, in case any ReelGood readers haven’t seen it, is the text of the letter he sent Trey Parker and Matt Stone in 2004:

To Trey Parker and Matt Stone,

I remember a cordial hello when you guys were beginning to be famous guys around Hollywood at some party. I remember several times getting a few giggles out of your humor. I remember not being bothered as you traded on my name among others to appear witty, above it all, and likeable to your crowd. I never mind being of service, in satire and silliness.

I do mind when anybody who doesn’t have a child, doesn’t have a child at war, or isn’t or won’t be in harm’s way themselves, is encouraging that there’s “no shame in not voting” “if you don’t know what you’re talking about” (Mr. Stone) without mentioning the shame of not knowing what your talking about, and encouraging people to know. You guys are talented young guys but alas, primarily young guys. It’s all well to joke about me or whomever you choose. Not so well, to encourage irresponsibility that will ultimately lead to the disembowelment, mutilation, exploitation, and death of innocent people throughout the world. The vote matters to them. No one’s ignorance, including a couple of hip cross-dressers, is an excuse.

All best, and a sincere fuck you,

P.S. Take this as a personal invitation from me to you (you can ask Dennis Miller along for the ride as well) to escort you on a trip, which I took last Christmas. We’ll fly to Amman, Jordan and I’ll ride with you in a (?) 12 hours through the Sunni Triangle into Fallujah and Baghdad and I’ll show you around. When we return, make all the fun you want.