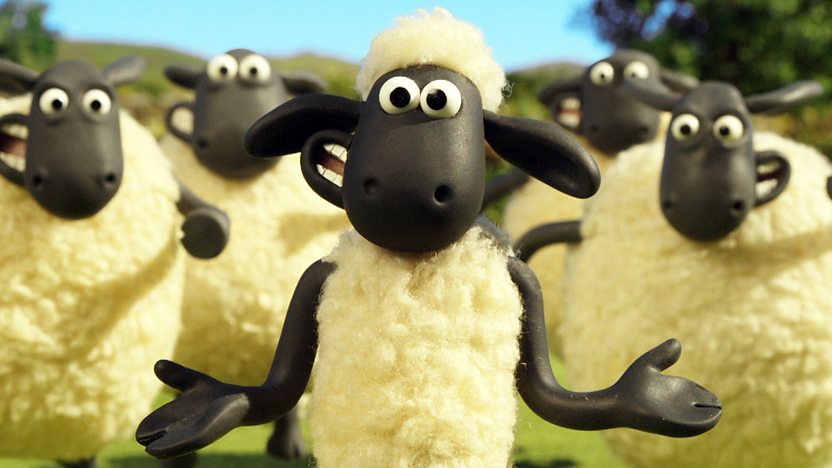 Shaun the Sheep, the television show, is perhaps uniquely qualified for the show-don’t-tell medium of film. That’s because the program contains nary a word of spoken dialogue. Aardman Animation, the creators of Wallace & Gromit, has presumably done this for both artistic and practical reasons. Artistically speaking, dialogue should not be needed to communicate the ten-minute adventures of a rascally sheep, the sheepdog that keeps him and his mates in order, and the bespectacled farmer who’s mostly oblivious to what’s going on. Suggestive grunts and other vocalisations should suffice. That’s also keeping with a minimal level of realism, which allows for animals getting into comic misadventures, but not for them talking to each other. In practical terms, it means the program can be shown anywhere in the world and understood by the local audience with little to no modification. Not a bad business model for a television show.

Stretching that linguistic choice out to feature length, though, figured to pose some problems. Few animated features have attempted a whole movie without spoken language; the delightful French film The Triplets of Belleville comes to mind as one example. Shaun the Sheep Movie mostly pulls it off, with just a few instances of relying too heavily on the written word – which will confuse both audiences who don’t speak English, and the young children who are not yet old enough to read it.

The movie highlights some of what Aardman has always done best, and follows a completely charming if familiar template for movies in which rustic characters are thrust into the hubbub of the big city. In an attempt to give themselves a day off from the boredom of their routine, Shaun and his cohorts trick the farmer into falling asleep during the daytime, and stow him in his Airstream trailer for safe keeping. Getting wind of this, though, is the sheepdog Bitzer, who is kind of like the clued-in Gromit to the farmer’s bumbling Wallace. In an attempt to rouse him, Bitzer accidentally sets the Airstream in motion down a series of hills pointing toward The Big City. A chase ensues, but Bitzer and the sheep are too late to stop the trailer from running up against a lamp post in the CBD, its occupant suffering a real knock on the noggin. Unable to remember who he is at a nearby hospital, the farmer understandably also can’t find his way back home to the farm. Now it’s up to Bitzer and the sheep to refresh the farmer’s memory while avoiding the clutches of a particular zealous animal control officer. 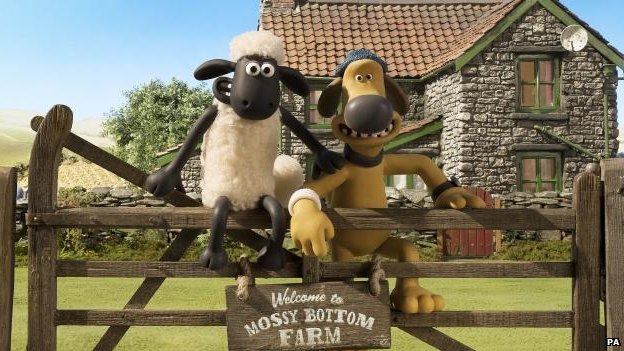 Aardman is so reliable at this point, it’s probably no surprise that all of this is executed with panache, joy and affection. Aardman has always displayed a special talent for chase sequences, especially those that proceed with a Rube Goldberg cause-and-effect logic, tending to accumulate more props and characters as they build toward their conclusion. The animals and a very determinedly slumbering farmer are involved in a couple of these, which always carry a sublime momentum. The writers also concoct some clever vignettes involving the animals blending in to their city environs, and they’ve got an especially funny idea for how the amnesiac farmer can put his ingrained professional skills to use.

The movie’s only missteps involve the writers bending over backwards to maintain the ban on dialogue while still keeping the story understandable. The concept of a character who’s lost his memory is quite difficult to convey to a child, and though there are ways they attempt to accomplish this (the doctors show the farmer pictures of people in various jobs, to help determine his occupation), they ultimately rely heavily on a doctor’s chart that reads “Memory loss.” Unfortunately, a child who can’t read is no more likely to know what that says on its fifth appearance than on its first, though at least a foreign viewer will likely glean what’s going on from the context. A couple throwaway jokes will be lost on kids for the same reason, but those jokes may have been better appreciated by their parents anyway. Two songs with on-the-nose lyrics are employed to help out with the exposition, but they strike a particularly discordant tone. A movie with this classical and timeless sensibility feels a bit tainted by modern pop music.

Minor complaints all. Shaun the Sheep Movie ultimately makes a triumphant addition to Aardman’s stable of beloved animated features, one that should remain memorable to audiences even if they suffer a head injury of their own.