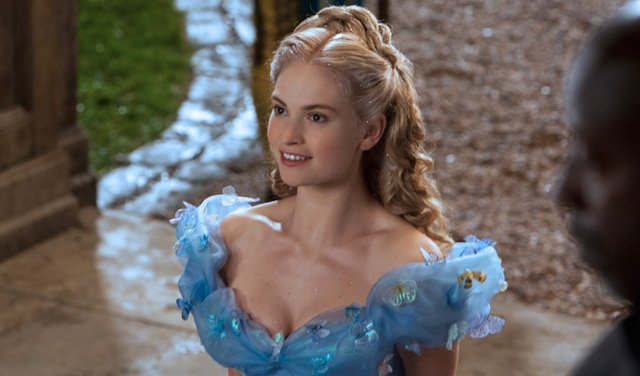 One of the problems that has always plagued the Cinderella tale, regardless of whether it be Walt Disney, the Brothers Grimm or Steven Sondheim who is responsible for the telling, is just why the glass slipper doesn’t disappear along with all of the other magical items at the stroke of midnight. I feel confident in the assumption that anyone reading this review is well-versed in the story of Cinderella, so hopefully my mentioning of the Fairy Godmother’s time/magic ultimatum doesn’t come as too much of a shock. Interestingly enough, it was only going into the screening of Kenneth Branagh’s Cinderella that the question of the golden slipper occurred to me. A reflection of the contemporary state of fairy tales perhaps, and an indication of our expectations of modern children’s films.

Branagh’s answer to the problem of the slipper is complete blissful ignorance and his approach to the familiar tale is absolute earnestness. In an age when films such as Into The Woods, Shrek, Frozen, Enchanted and Maleficent have reviewed and reconsidered the substance of the fairy tale, the outdated melodrama of Cinderella is surprisingly refreshing. There’s none of the modern assessment that has pervaded this type of film for the past decade. For the first time in a long time, a fairy tale isn’t twisted, perverted, inverted or even self-aware. In a number of ways, this lack of social insight inhibits the film, since the recent revaluation of fairy tale components has happened for a good reason. The messages in Cinderella are antiquated, in some cases inappropriately so. Marriage is still the end game – it’ll take a while for Disney to shake that one, and there’s no reflection on the inherent awfulness of a ball in which women are presented as objects to be selected. 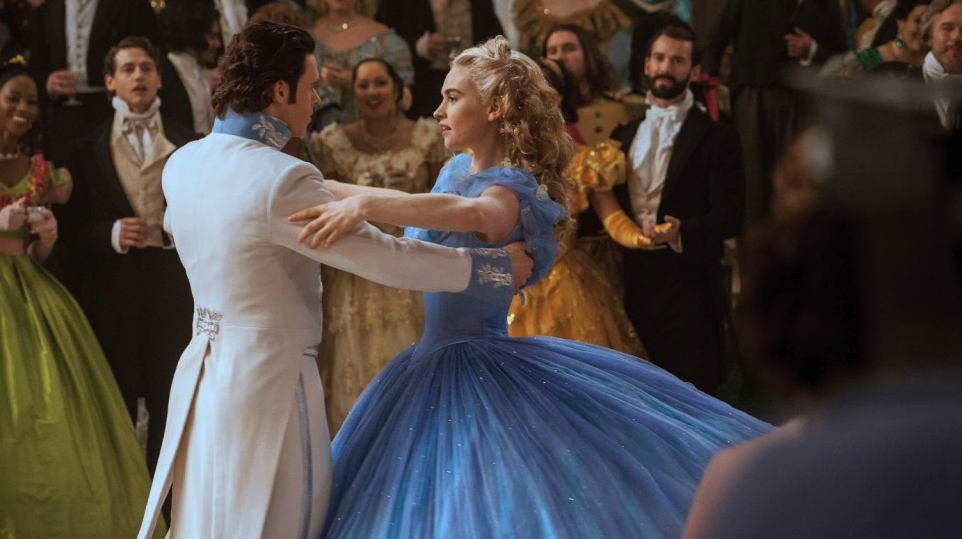 But there’s something unashamedly classic about Branagh’s film. It’s not something that’s going to replace the more progressive attitudes of other recent Disney films, but there’s a certain charm to Branagh’s confidence in the film’s more timeworn elements. If he had wavered, even momentarily, in his earnestness then the effect might evaporate, but there’s no wink at the audience to let us know that the filmmakers appreciate just how conservative it all is. It works, perhaps because it its heart, Cinderella recalls time-honoured Disney characteristics rather than encouraging social stagnation. You can take issue with it or you can appreciate the devotion to the idea of an exemplar Disney princess.

Branagh has left the story that Disney already tackled, in animation, back in 1950, almost entirely unaltered. A girl (Lily James) of astonishing personal virtue is left orphaned and living with her mean-spirited stepmother (Cate Blanchett) and step sisters (Sophie McShera and Holliday Grainger). A prince in need of a wife holds a ball and extends invitations to the entire kingdom. Magic intervenes and the girl suddenly finds herself with everything she needs to attend the ball and meet the prince. True love is a given.

Cinderella might be proof that we’re not too cynical too find enjoyment in something so unashamedly sentimental and old-fashioned, despite contemporary popular culture herding us into a contrary direction. It’s not going to win over any one who isn’t already sympathetic toward fairy tales and it might even agitate the reformist enthusiasts of recent children films, but for the less critically analytical and wholeheartedly romantic Cinderella might fill a recently established void in film aimed toward children. It doesn’t matter that the glass slipper doesn’t disappear at the stroke of midnight, because it’s magic.