"They say absence makes the heart grow fonder, so you all ought to be quite fond of this latest episode..."

You’re quite right. It has been a fair bit of time since the last time we posted an episode of The ReelGood Podcast. Derek, who shall henceforth be known as Man Who Was Away Overseas Recently, was away overseas recently. Other than that, Derek, Blake and John, who shall henceforth be known as The Three People Who Talk on Every Episode of This Podcast, have been busy, slack or sick. And so, like many things before it, The ReelGood Podcast has been absent for a while.

They say absence makes the heart grow fonder, so you all ought to be quite fond of this latest episode, in which the team talk about Jennifer Kent’s brand new film, a harrowing look at colonial Australia which has been controversial TO SAY THE LEAST! 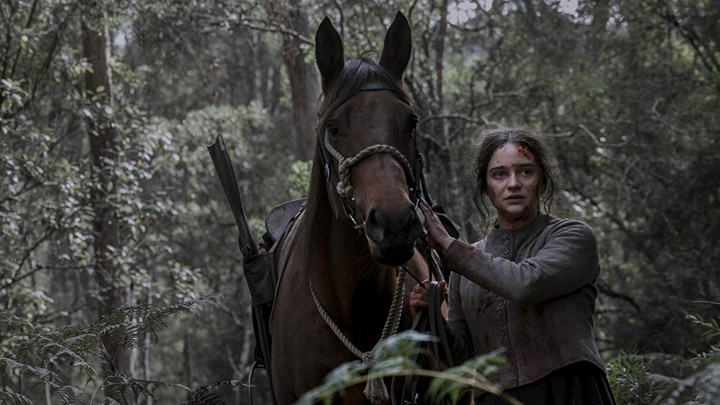 “Clare, a young Irish convict, chases a British officer through the rugged Tasmanian wilderness and is bent on revenge for a terrible act of violence the man committed against her family. On the way, she enlists the services of Aboriginal tracker Billy, who is marked by trauma from his own violence-filled past.”

Unlike The Nightingale, this episode of The ReelGood Podcast is a cheery, heartwarming glimpse into Australian culture, and there’s also Derek. He says lots of good stuff. He’s American.