It is my own firm belief that French films can get away with a lot more things than any other nation’s. Things that I would find clichéd, overdone or even (let’s face it) a little bit douchey are somehow perceived in a completely different light when presented en Français. And for me, Sebastien Betbeder’s 2 Autumns 3 Winters is no exception.

It’s getting to the point where it’s almost condescending to remind you that the boy-meets-girl story has been done about a gazillion times before. But it can’t hurt to remind you that it can still be done well. 2 Autums, 3 Winters follows the 33 year-old Arman, an art school graduate who is struggling to find meaning in his life. On a jog intended to help him start to get his life back on track, he runs into Amelie, a beautiful girl, and runs every subsequent weekend, hoping to find her again. After two weeks, he loses hope, until he saves her one night from being attacked and they begin a relationship. It’s a cute-meet turned damsel-in-distress, both seemingly tired routines executed with a fresh spin in Betbeder’s film.

Arman and Amelie are not immune from sorrow or pain – in fact, from the beginning of their relationship they face hardships both together and apart. Betbeder does not romanticise romance; he recognises the reality beyond the “honeymoon period” and doesn’t shy away from it. The film’s startling honesty and openness can be almost wholly attributed to the piece-to-camera style “confessions” of the characters. Almost like a reality show, the characters often have small monologues to the camera describing their thoughts, feelings or actions. In fact, a good majority of the dialogue in this film is either monologues or voiceovers, and somewhat unusually, they are not wanky in the slightest. These monologues are beautifully performed by the three principal characters (Arman, Amelie, and Arman’s best friend Benjamin), providing an insight rarely touched upon in most films. It could be argued that these insights are too much, but for me they put the film in this fantastically odd position between drama, documentary and theatre.

Beautifully shot on 16mm, the film is laced with a believable sense of humanity. The film possesses a raw honesty that is rarely seen in romantic comedy/dramas, and takes the “struggling artist” cliché to somewhere totally unexpected and poetic. For Arman, the art is not in the paintings he did when he was a student. It’s in the people all around him. 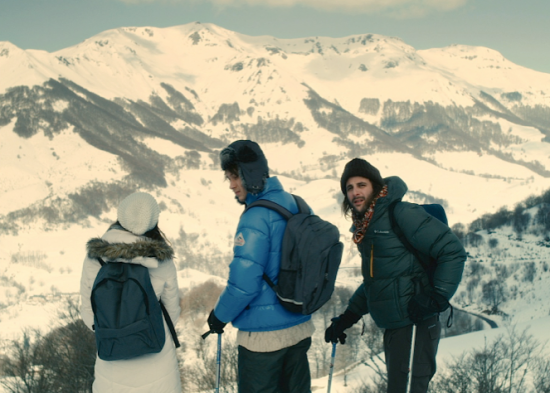