“You can’t get rid of the Babadook…” 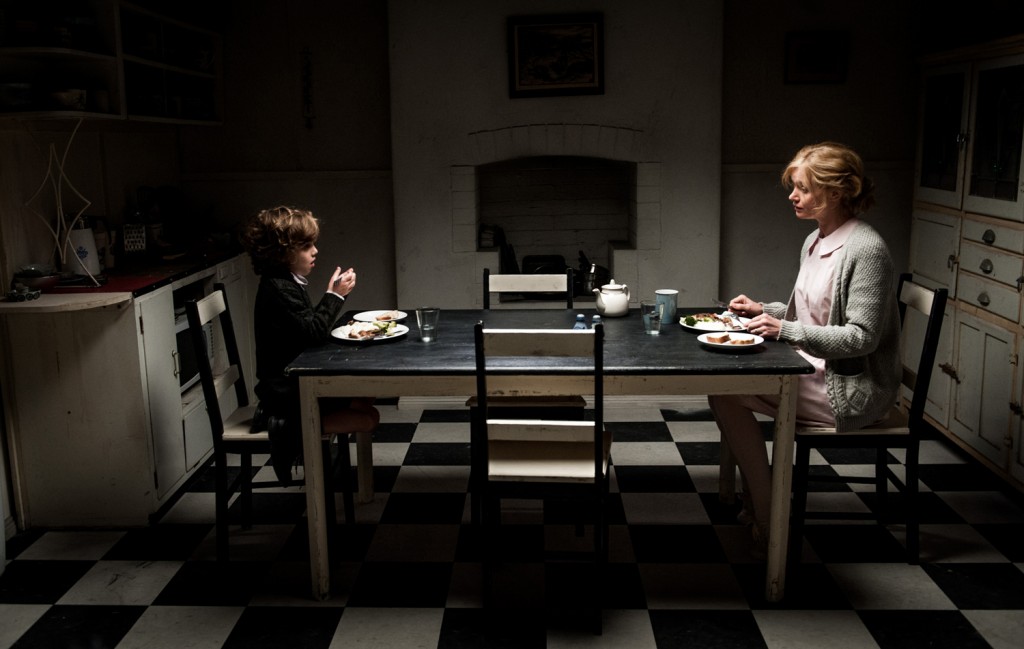 There is so much to say about The Babadook, and so much to think about, unpick, and unravel. I won’t be the first to sing its praises and I won’t be the last, the film already having picked up a number of accolades. Jennifer Kent’s debut feature is a breath of fresh air for Australian horror, deftly crafted, playing on the deep-seated human fear of things that lurk in the dark.

Amelia (Essie Davis) is still plagued by the violent death of her husband, who tragically died on the same day as the birth of their son. Now she is struggling with being a single mother to Samuel (Noah Wiseman). Sam sees monsters everywhere, and reacts violently to many situations, unable to express his fears or feelings properly. One day, Sam finds an unusual and terrifying children’s book in his room – Mister Babadook. Disturbed, Amelia tries to get rid of the book, but Sam’s fear of monsters grows worse. Nearly at breaking point, Amelia begins noticing strange things happening around their house, as if a presence is haunting them…

Kent has woven a chilling psychological horror that utilises the best aspects of the ‘haunted house’ genre of film – Amelia is often seen watching classic scary movies on her TV, and The Babadook in part plays homage to these. Flickering lights, creaking doors, strange noises, shadows and things in the darkness – these small details are used to great advantage to build up the fear and sense of paranoia. There is a coldness, and a dreariness to the film that sets the perfect tone. The presence of the Babadook is heralded by an insect like humming, or a glimpse out of the corner of your eye – it’s subtle, but enough to keep you on edge, a taste of the anxiety that Amelia goes through every day. 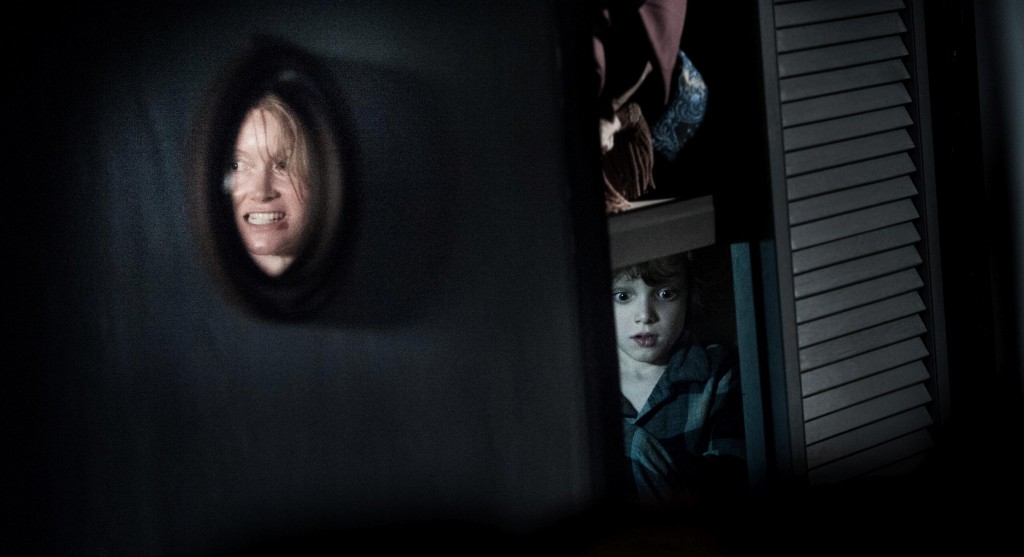 Where the film truly succeeds, however, is in how psychologically and emotionally disturbing it is. “The Babadook growing right under your skin,” says the book, and the more out of control Sam and his fears become, the more stressed and anxious Amelia becomes, the worse the horror gets. Noah Wiseman is impressive as the hyperactive, but emotionally neglected Sam (although his constant screaming does wear a bit thin). Amelia has trouble connecting with him due to her husband’s death, and he takes out his frustration by building his weapons to defend against monsters. He is terrified of losing his mum as well.

Essie Davis is fantastic as Amelia – a fragile person who feels incredibly alone, and on the verge of a breakdown. One scene, at her niece’s birthday party, serves to illustrate how truly alone and excluded she feels, as all the mothers talk gaily about their lives, their biggest worry that they simply don’t have time for the gym anymore. Meanwhile, Amelia is being called to her son’s school because he’s been caught with weapons in his bag. Davis’ performance is in equal parts powerful and sinister. Is the Babadook a real monster, or has Amelia finally snapped? We are led to question whether this is so.

It loses some of its subtlety towards the end, and as a result the creepy effect also diminishes, but for the most part Kent’s film is an insidious, clever, unnerving experience. It’s a film that feels all the more rewarding on re-watch. The monstrous Babadook is as much a reimagining of the monster under the bed as it gives physical form to the monster within.