"Given these roadblocks to any sort of upward mobility independent of a man, it’s rather amazing that Moghadam herself is the writer and director of this film."

"Sure, having a husband executed is an extreme circumstance, but everything that follows is some variation on what Iranaian women, even men, must experience every day of their lives."

The deck is stacked against women in Iran. Ballad of a White Cow reminds us just how much. When the husband of Mina (Maryam Moghadam) is executed for a crime it turns out he didn’t commit, it’s not just the loss of a presumably loving partner and the father of her deaf daughter that Mina must endure. It’s the loss of any standing in society. 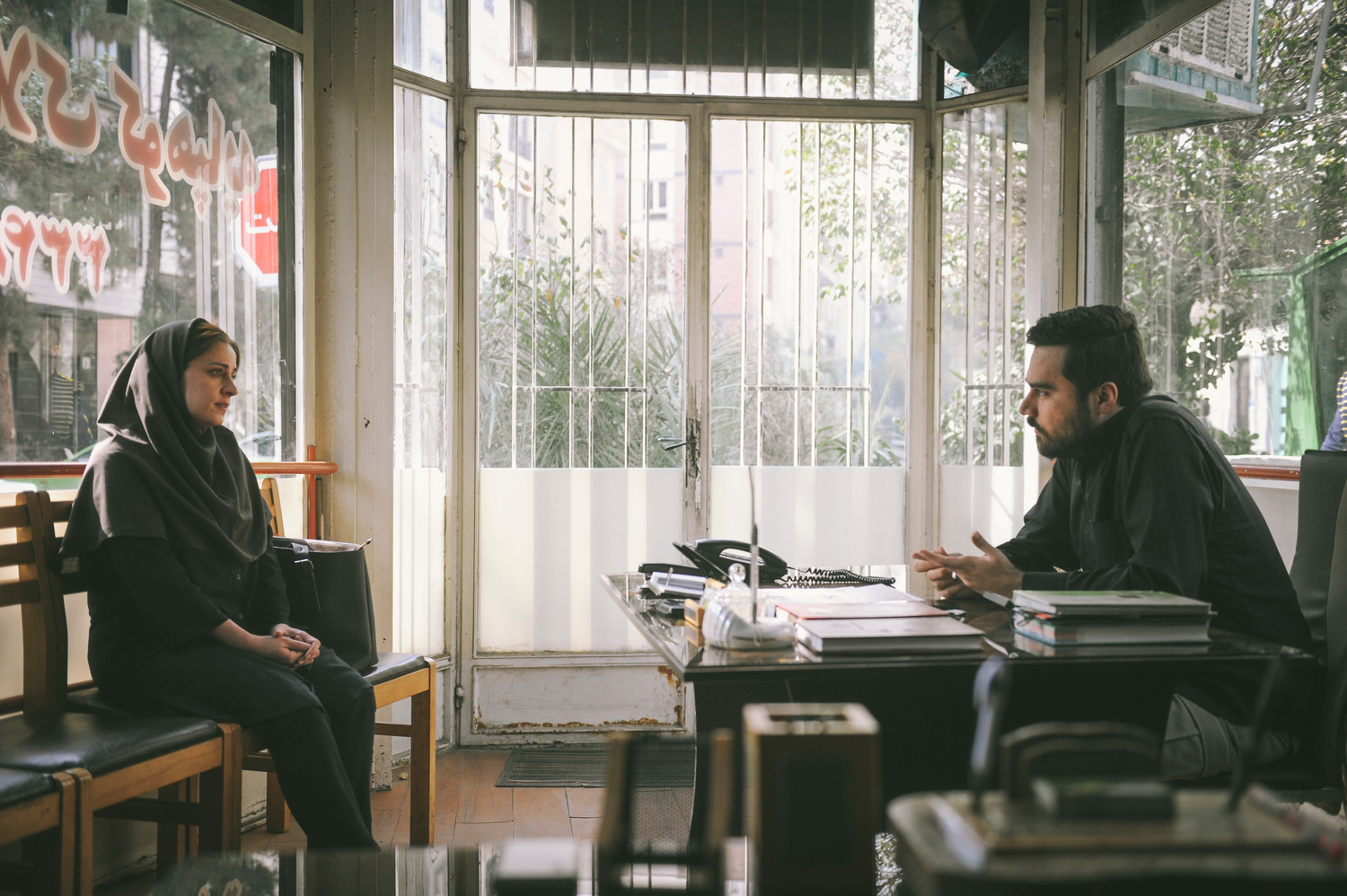 As just one humiliating example, her landlord has kicked them out of their apartment because he witnessed her inviting “a man who was not a relative” into her house. Now she can’t find another because no one will rent to a widower. Then there’s the fact that her own family, her husband’s father, wants to sue her for custody of Bita (Avin Poor Raoufi) in the hopes of claiming the “blood money” from the state for her husband’s wrongful execution.

Given these roadblocks to any sort of upward mobility independent of a man, it’s rather amazing that Moghadam herself is the writer and director of this film. Of course, to suggest that those achievements are not tethered to a man is incorrect – Behtash Sanaeeha, who is male, is the credited co-writer and co-director. Still, that this is progress is undeniable, and that the film got made at all feels like something of a miracle given how the state is sensitive to any portrayals that might be construed as unflattering.

In truth, Mina’s husband’s wrongful conviction and execution is something that could happen anywhere – anywhere with the death penalty, that is. In a dispute over money, he’d delivered a blow to the victim that he thought was fatal before fleeing the scene, though as it turns out, it was a subsequent assailant who actually killed the victim, meaning her husband’s confession was given – extracted, maybe – out of the sheer guilt of his probable culpability. Upon learning of the error as part of an official notification from the government, Mina seeks to hold the judges who issued his death sentence accountable through whatever legal means might be available. In the meantime, she’s losing everything she has, with only Reza (Alireza Sani Far), a single kindly benefactor, trying to cushion her fall.

Characters in Ballad of a White Cow have motivations that go beyond the basic details outlined above, but they are probably not worth spoiling, as the film itself does not immediately reveal them. However, to characterise anything that happens in this film as a “surprise” is not to understand how it is for women in a society that demeans them and never frees them from suspicion. Like the great filmography of fellow countryman Asghar Farhadi, Moghadam and Sanaeeha document the succession of depressing indignities that befall these characters, which never arise out of extreme circumstances, rather, only the banality of evil of a patriarchy characterised by prejudice. Sure, having a husband executed is an extreme circumstance, but everything that follows is some variation on what Iranaian women, even men, must experience every day of their lives. 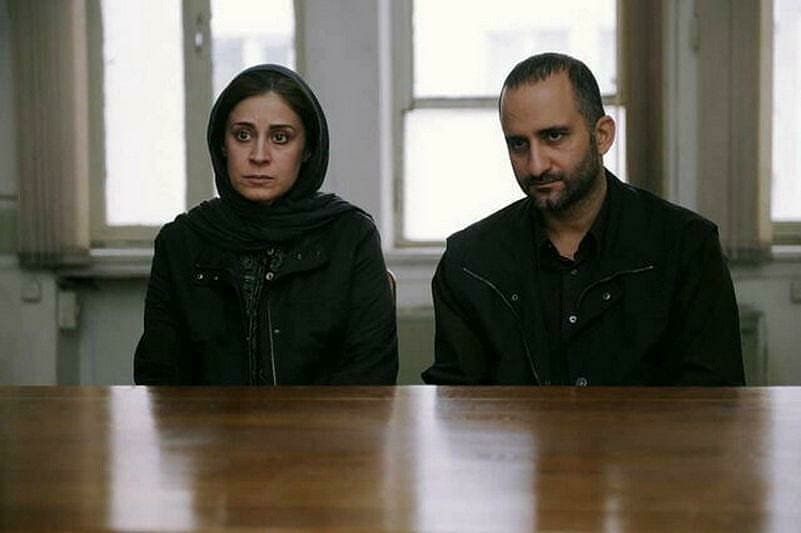 This film is careful not to be a blanket indictment of men, either, and whether that was just to get it past the censors is unclear. While some men in this film are guilty of serious misogyny, others are just weak cogs in a system they cannot be bothered to oppose. Reza, the benefactor, seems kind and well-meaning, but the film reveals that he’s got a grown son who hates him for what he is – most of which we do not actually see. At least he’s got the desire to atone.

Then Mina is not portrayed merely as an innocent victim. If she doesn’t appear to be expressing more outrage at the events that befall her – she only really gets worked up over the wrongful execution – then there could be a reason for that.

Ballad of a White Cow is especially assured as the debut for Moghadam, whose acting career extends back to the 1990s. It’s the third directing project for Sanaeeha. They do a credit to the modern Iranian film industry, whose bleak realism we’ve been so fortunate to experience despite the government’s best efforts to limit its reach. 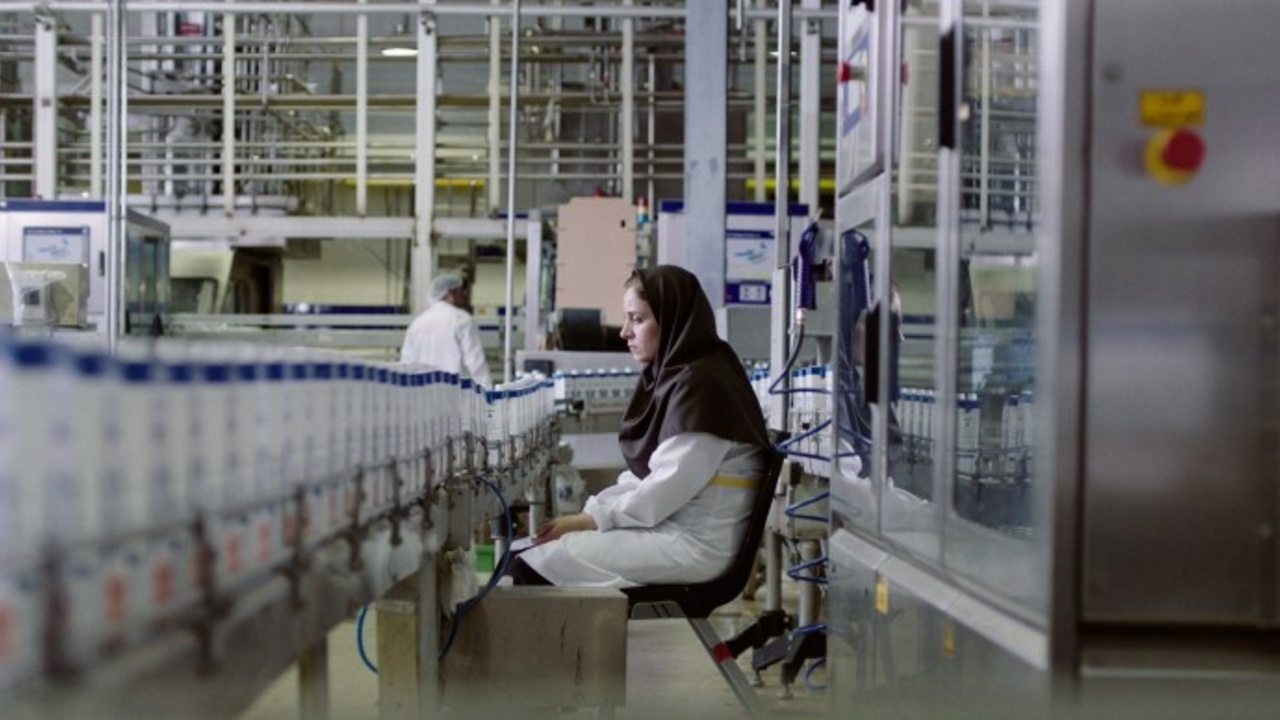 The film does deviate from that realism through two choices: the recurring striking image of a solitary cow standing in a prison courtyard, its walls lined with shrouded figures, and an event that happens near the end that it is also obviously not worth spoiling. That final choice asks more questions than it answers, but that may be where we want to land on a film like Ballad of a White Cow, which doesn’t pretend to solve anything. Pat solutions would be the film’s greatest deviation from reality.

Ballad of a White Cow is available for streaming rental through MIFF streaming until 22 August.