"Matt Reeves’ The Batman is the first not to obviously take the character in a new direction in terms of style, themes or larger universe building, and it suffers for it. "

"Fans who need their Batman appetite whetted every five years will find plenty of reason to embrace this one, not the least being Pattinson’s interior perfomance – sad more than angry, fair more than brutal."

Up to this point, each new cinematic incarnation of Batman has been a clear next step in the character’s evolution. The 1989 Batman utilised Tim Burton’s gothic sensibilities to make him darker than Adam West had played him. In 2005, Christopher Nolan’s Batman Begins was an attempt to go darker still, but be grittier and more realistic; no colourful costumes for the villains. Zack Snyder’s Batman vs. Superman: Dawn of Justice (2016) was, again, sort of darker in a comically defensive manner that was envious of the previous version, though the creative mandate this time was to join Batman up with other DC heroes to form a super team, which was the thing back then (and sort of still is). 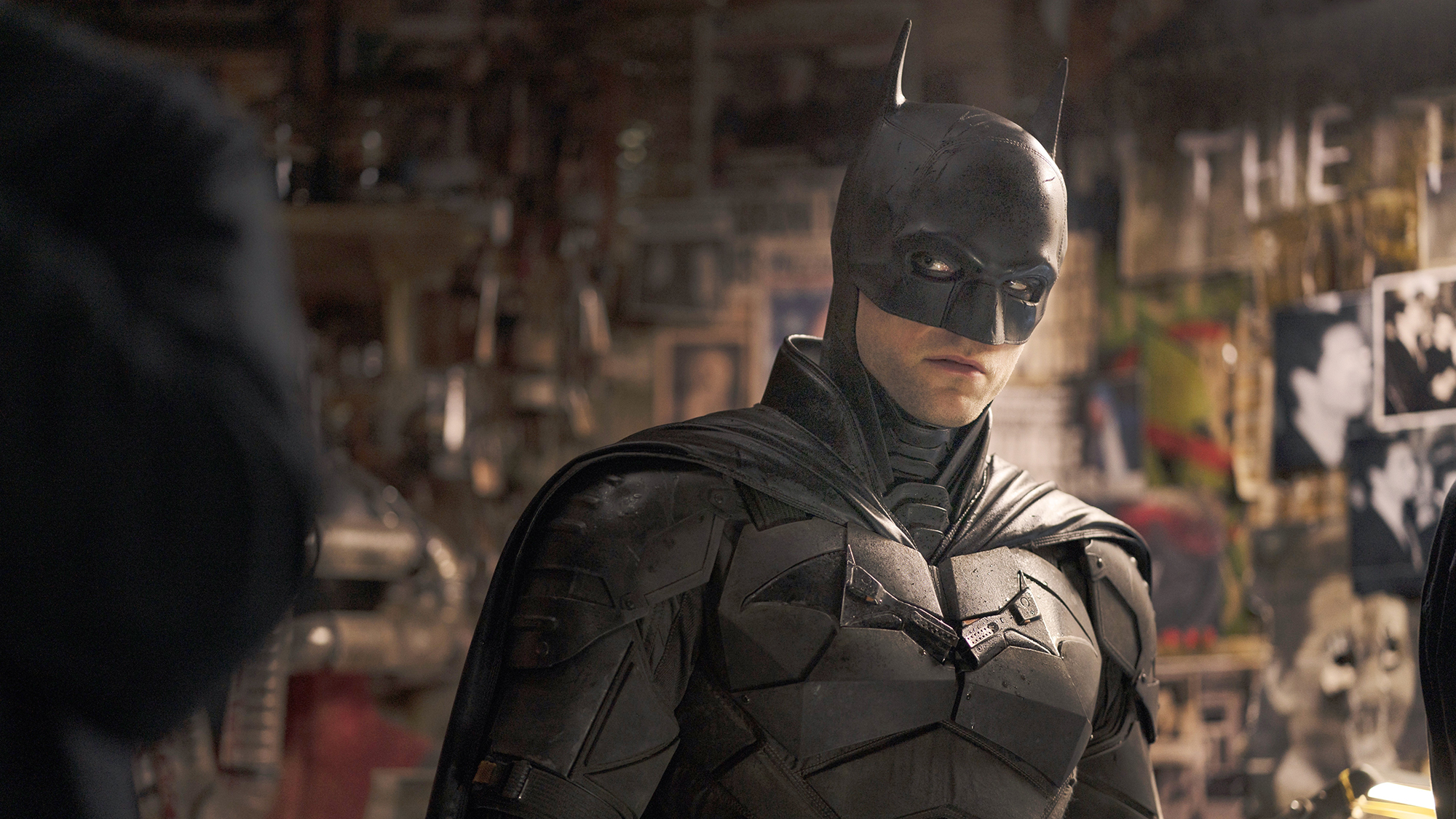 Matt Reeves’ The Batman is the first not to obviously take the character in a new direction in terms of style, themes or larger universe building, and it suffers for it. If you were sitting in a DC boardroom while the movie was being discussed, you’d most likely conclude it was an attempt to course correct after Snyder’s version (also Ben Affeck’s version) was the least well received – the second course correction, I suppose, after they got Joss Whedon to throw jokes into Justice League. Nolan seemed like the glory days to them, and there’s something about The Batman that feels very Nolan redux. “Darker still, grittier and more realistic, with no colourful costumes for the villains” would also be an apt way to describe this.

It’s both a strength and weakness of the film. On the one hand, the Nolan days really were the glory days, as those three movies were the most consistent in terms of quality and audience reception. To make a movie that invites complimentary comparisons to Nolan’s work is to be a success. On the other, it can’t help but prompt the question “Why now?” That question has been asked each time Batman was rebooted, but all the previous answers to that question feel more convincing than any potential 2022 answer.

Of course there are going to be small differences in any new version, starting with the man who wears the cape and cowl. That’s Robert Pattinson, who at 35 is four years older than Christian Bale was when he first donned the costume, though seems younger on screen. Then there’s the decision to use far more Batman than Bruce Wayne, as there’s nary a scene where the louche socialite we’re accustomed to makes an appearance, though he does get dressed up in a suit for a funeral. You also have Batman sort of functioning as a detective, working shoulder to shoulder with Jim Gordon (Jeffrey Wright) and other police officers, most of whom seem to despise him, but can’t make any headway unmasking him due to Gordon’s protection – even though he’s several rungs down in the police hierarchy at this point.

Are these differences enough? I suppose it’s a matter of perspective. Fans who need their Batman appetite whetted every five years will find plenty of reason to embrace this one, not the least being Pattinson’s interior perfomance – sad more than angry, fair more than brutal. Those who tend to be more critical will feel the “Why now?” bursting through their lips from early on in the gargantuan 175-minute running time – which doesn’t even include a dramatisation of the traditional origin story, with Thomas and Martha Wayne killed in that alley next to the theatre, and Martha Wayne’s pearls cascading to the street. 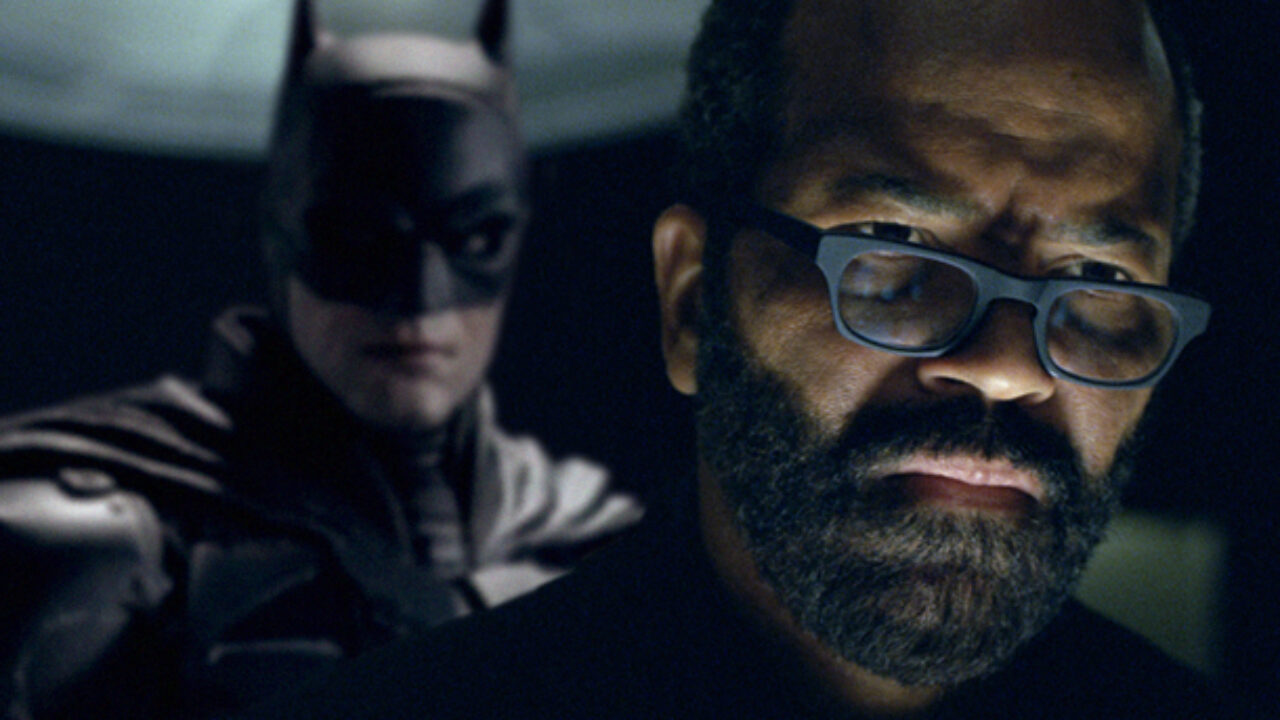 Instead, The Batman picks up with the masked vigilante two years into this new project, aided by the trusty Alfred (Andy Serkis). He’s already worked out a bat signal with Gordon, who summons him for lots of run-of-the-mill investigations, but especially when there is a greeting card addressed to “the Batman” at the crime scene. The first victim of the Riddler (Paul Dano) is the city’s mayor, killed by blows with a blunt instrument, whose head has been wrapped in duct tape posthumously as he’s been propped in a chair in his study. The killer has written “No More Lies” on the duct tape and a cryptic message to our hero on the card, one that teases his identity and his next victim, in the film’s most clear usage of 1990s detective movie/serial killer movie tropes.

The Riddler’s rants about the corrupt nature of Gotham City aren’t the Batman’s only concern. There’s also a criminal syndicate involved in the drug trade, whom the police were supposed to have busted out of business. They feature a high-level crime boss (John Turturro) and our first look at this universe’s version of the Penguin (Colin Farrell, completely unrecognisable). The Batman has an additional ally in Selena Kyle (Zoe Kravitz), a.k.a. Catwoman, who has her own axes to grind given her unwitting immersion in this world due to working at the night club where they all hang out. They’ve disappeared her friend and she wants to get to the bottom of it. 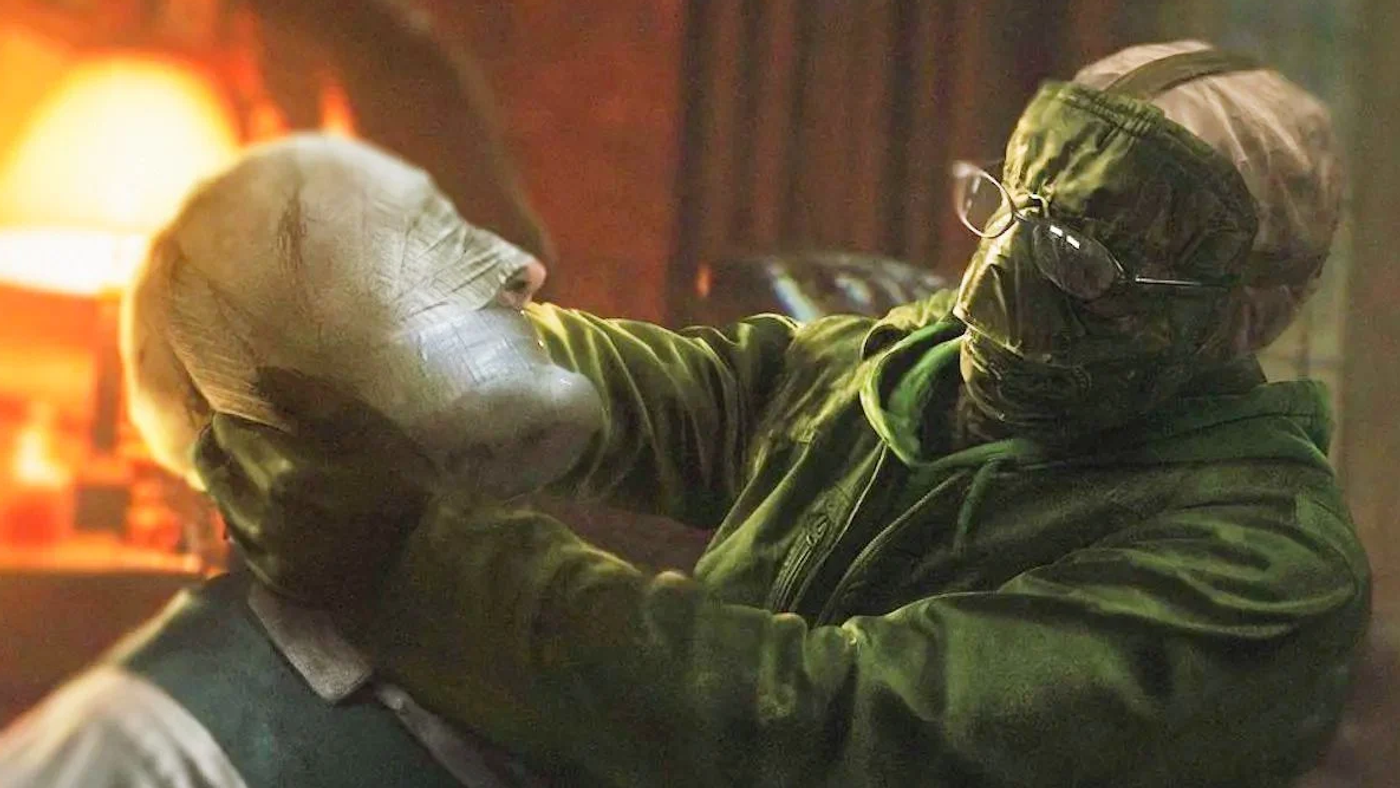 It’s hard to deliver a definitive judgement about this film. Everything that appears on screen is a strength. Reeves is an auteur who has been lurking just below the A list for years, with Cloverfield and two Planet of the Apes movies in his past. He has an obvious command of the tools of cinemas that puts him in the company of everyone else who’s made a Batman movie. He has a vision for this material and he sees it through to the end.

And yet there are small inconsistencies you can pick away at. One is the technical sophistication of this version of Batman. On the one hand, his “mobile” has no bat regalia, and is mostly just a souped-up, flattened-out sort of Hummer. His motorcycle is just a motorcycle. On the other, he’s got special contact lenses that allow a person to record audio and video while wearing them. Is this movie getting us back to basics, or is it taking us into the future? 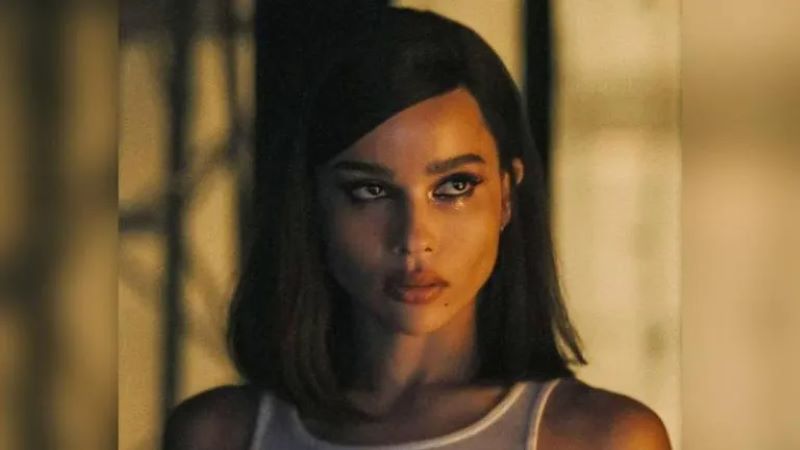 It certainly feels like a modern Batman in many respects. For one, the decision to excise Bruce Wayne’s playboy, bedding-women ways is surely a response to current attempts to be more enlightened about gender relations. There’s also a young Black woman (Jayme Lawson) running for mayor, and leading in the polls.

Part of the problem with The Batman is the Batman himself. It’s a relief not to get another origin story – even though the 175 minutes should have allowed it – but it also keeps us from really understanding where this man is coming from, especially a full two decades after the death of his parents. We don’t really feel his angst. His angst is just a given from what we know about other Batmen, and what we see of this world. Pattinson plays the hell out of the character, but we still don’t know him. He’s supposed to be unknowable to some extent, but he needs to be a bit more than the sum of his gestures. 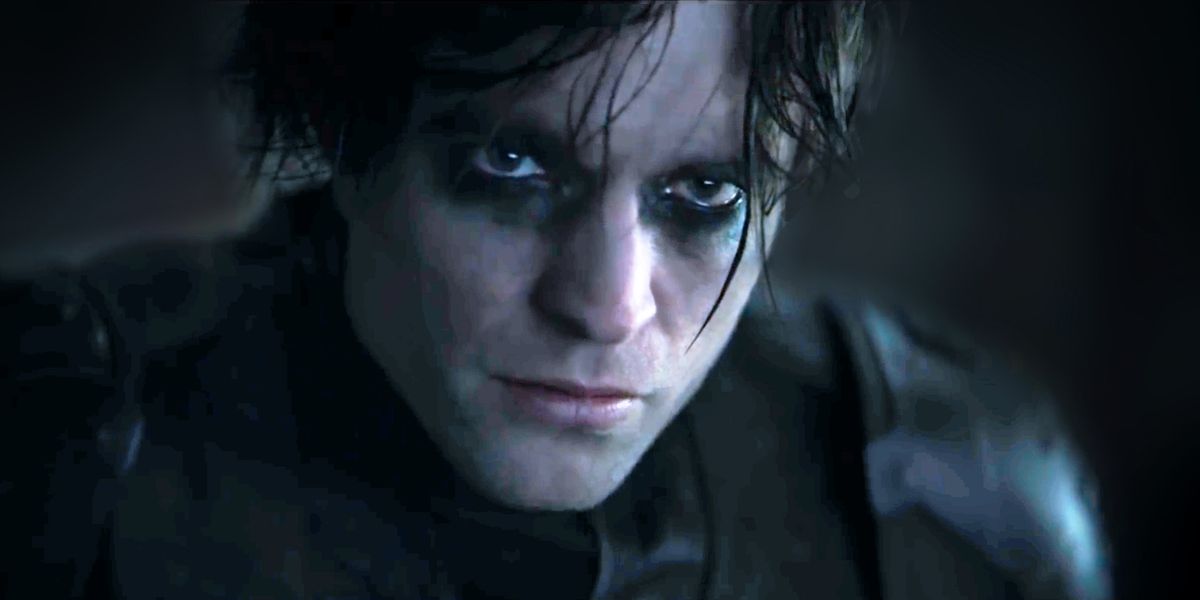 All the film’s strengths (many) and weaknesses (fewer) still lead us back to one question: “Why now?” If Batman movies, like zombie movies, should comment on where we find ourselves in the history of the human species, it’s unclear what this one is saying, or why it’s saying it. Which leads you down a path to a cynical, but not so cynical that it’s not true, conclusion: The Batman is, like every other superhero movie, an attempt to make more money for some very rich people. The Riddler would not approve.

The Batman is currently playing in cinemas.