"The swastikas and gold bars are really just window dressing, and there is only one German in the entire movie."

"The vampires are too cartoonish to be properly scary, but that’s not what the film is aiming for."

Any film with a pun in its title probably has its sights set pretty low, and Blood Vessel finishes with a pun as well, just in case you didn’t get it the first time. This isn’t a criticism; it’s just illustrative. A number of previous films have married the World War 2 setting with horror. Often this can leave a bad taste in the mouth, a sense that unthinkable human suffering is being exploited for cheap thrills. 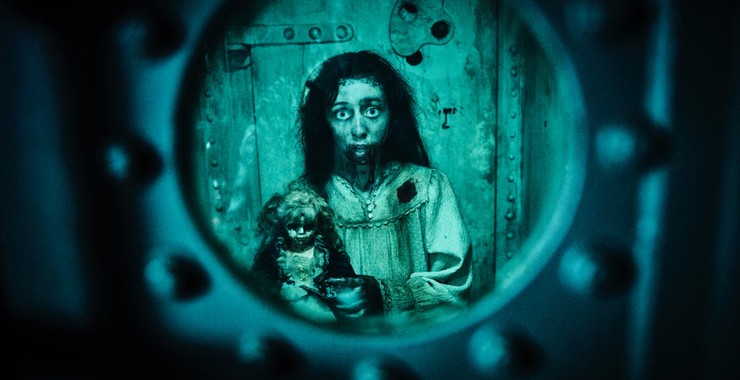 But Blood Vessel, from Australian director Justin Dix (Crawlspace), doesn’t place much stock in its setting—it could just as easily take place in the present day with pretty minimal alterations to the plot. It’s set on a vampire-infested Nazi derelict, but the swastikas and gold bars are really just window dressing, and there is only one German in the entire movie.

The film follows an international group of survivors from a torpedoed hospital ship. Adrift in a lifeboat, running out of rations, they cross paths with an abandoned Nazi ship. None of the characters are defined by very much other than their nationality. There is a Russian (a sniper, naturally), an Australian (ANZAC larrikin), two American cooks (constantly feuding), a craven English codebreaker, and a compassionate English nurse who, as the only woman, is tasked with smoothing over the inevitable clashes amongst the other survivors. Some of the dialogue is amusingly blunt. “Fucking Nazis,” the Australian remarks, seeing the derelict emerge from the mists.

Boarding the ship, they find some eviscerated corpses, boxes of looted relics, and a little Romanian girl who keeps asking for her family. The plot goes on from there, developing into a pretty entertaining action-horror with an easygoing energy to it.

The film is helped a lot by its set design, which creates a real feeling of claustrophobia in the bowels of the derelict. The action scenes are well staged and have a sense of impact. The vampires are too cartoonish to be properly scary, but that’s not what the film is aiming for. The characters never really develop from their initial introduction, but ultimately they’re quite likeable, and there is something of a low-key emotional payoff at the end—a paean to “mateship”, minus the jingoism. 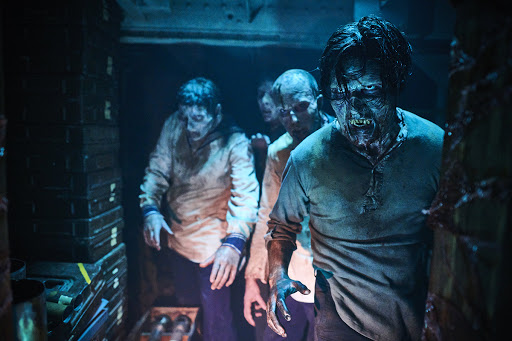 Really, it depends what you are after. Blood Vessel is deliberate schlock, but there is also a sheen of quality to the film’s basic elements—the sets, the costumes, the attention to detail. A lot of work was put into it, and it accomplishes its goals admirably without having a great deal to work with. It was nice to see a film like this committing to its material without pretending to have some kind of ironic distance from it.

Blood Vessel is availble on DVD and video on demand.