Universal Studios ought to package Tom Hooper’s new film, Cats, as a double with Gaspar Noé’s  2018 Climax, a movie about the members of dance troupe who endure a hellish night of mental and physical pain after their communal sangria is spiked with LCD. Cats, a film entirely void of sense, begins gather value when understood as a companion piece with Climax.

Now, the feline-focused musical fantasy film is the feverish hallucination of the doomed dancers in Noé’s film, a cruel inward representation of the actual performers who have been reduced to acting like beasts. We are also rewarded the satisfaction of knowing that behind the nauseating dribble spewed from the mouths of Jennyanydots, Mister Mistoffelees and company are people in pain. If this seems unkind to you, I am sure that you have not seen Cats. 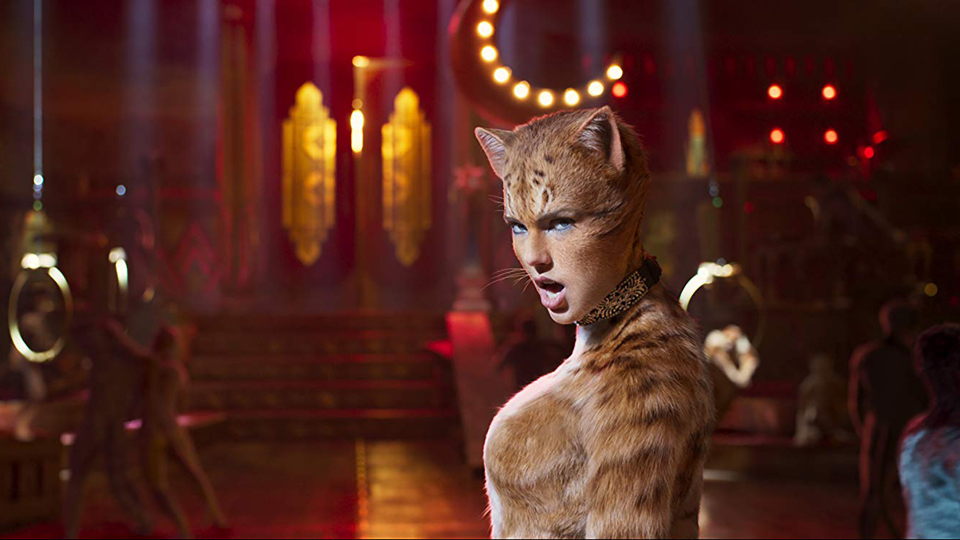 I am loathe to jump on the bandwagon but Tom Hooper has forced my hand. His latest film in his growing string of garbage is not only his worst, it is also the biggest load of dross I have seen at a cinema in a seriously long time, perhaps even years. I would suggest that the films is a compelling indication of just how out of touch Hollywood can get but that would do a disservice to things that are out of touch.

I have never seen the original Andrew Lloyd Webber musical, itself based on a collection of poems by T.S. Elliot. Hooper’s film does not incite in me a desire to do so. Nor does it indicate whether there is any value in the source material. I have been informed that the stage production is superior to this film adaptation, which is believable, though my heart nonetheless goes out to the members of the Young Australian Broadway Chorus, whose current production of Cats will unlikely be helped by the release of Hooper’s film.

Whatever clarity members in an audience at a stage production of Cats may be privy to is wholly nonexistent in this film adaptation. Nothing makes sense. The narrative is made up of an abrasive whirlwind of cat characters that range from disturbing to painfully annoying, all with nothing better to do than sing middling songs about themselves. From what I could gather, these songs benefit their chances of being selected as the “Jellicle Choice”, a seemingly important decision made by the matriarch cat, Old Deuteronomy (Judi Dench). The appointed cat will ascend to the ‘Heavyside Layer’, which at best guess is either a version of heaven or a symbol of rebirth.

Who cares? I don’t. Neither will you, because Hooper relentlessly hurls the worst kind of insanity at us while maintaining a total and suffocating veneer of nonsense. I have now been assaulted with the word ‘Jellicle’ over a hundred times, each instance offering just as little clarity in regard to what it means as the time before. “Are you blind when you’re born? Can you see in the dark? Can you look at a king? Would you sit on his throne?” These are the opening lyrics of the opening song, which is called “Jellicle Songs for Jellicle Cats.” Things don’t improve. With some luck, I will never think about those lyrics or the word ‘Jellicle’ again. 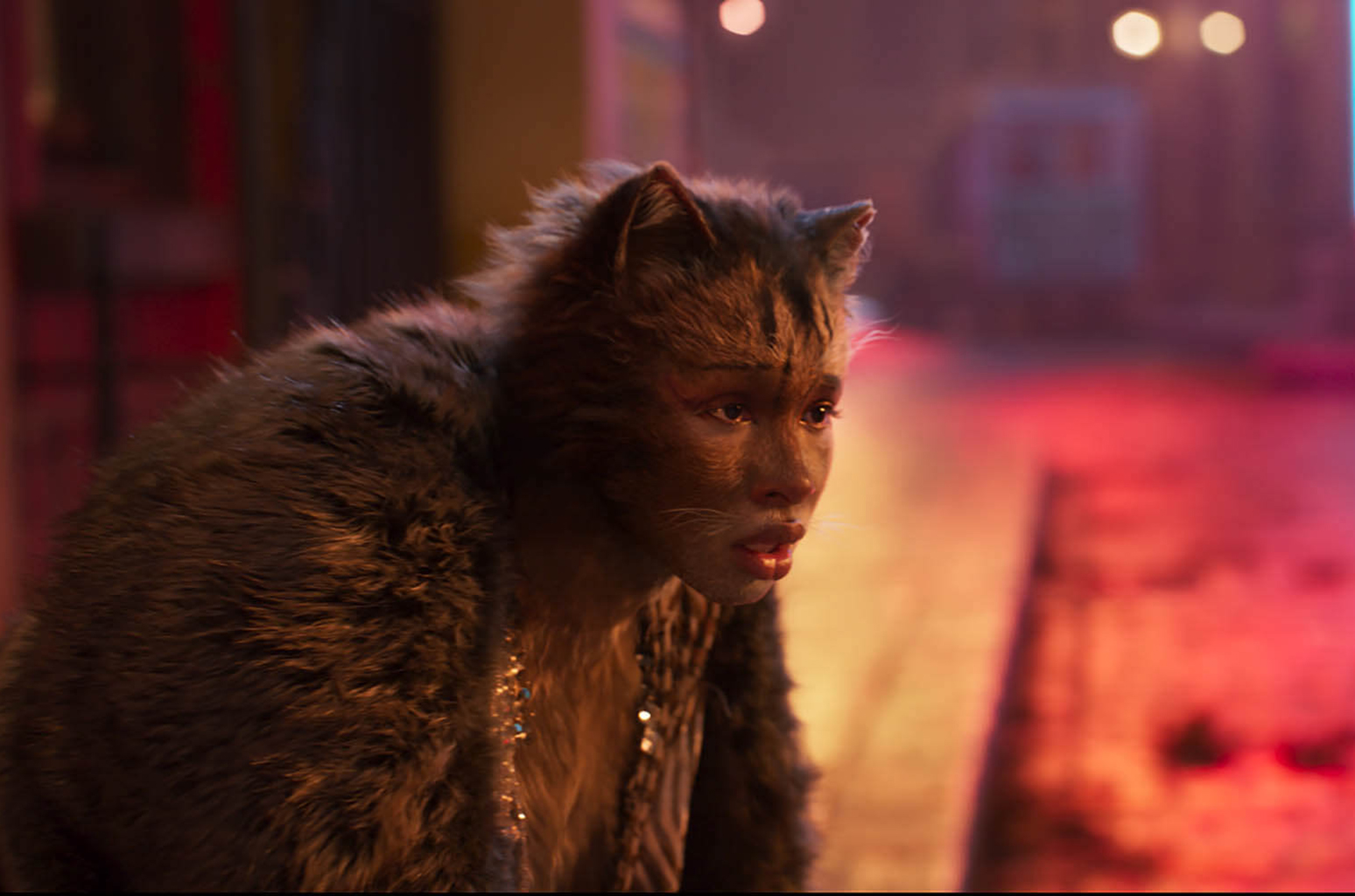 No one in the cast escapes unscathed. Everybody looks as stupid as the next person, and you may involuntarily begin to hate them all a little bit for signing on to a film like this. I have some sympathy for the less established members of the cast, who must have jumped at the opportunity to work in such a high-profile film. Most of the principle cast members can rest easy on their millions of dollars. On the subject of money, the production of Cats cost almost one hundred millions dollars, without even factoring in advertising. There’s a depressing thought.

I’m not going to condescend you with cat puns. Cats doesn’t deserve that sort of attention or thought. This is one of the most woeful pieces of shit I have seen in a long time, deserving of the negative scrutiny it has been receiving. It is comprised of a string of nonsensical songs in which cats that look a bit like humans emote fiercely but inexplicably because there is no plot. The characters aren’t stupid, but only because they aren’t actually characters but rather a collection of faces assigned with one expression each.

Cats is one of the most pretentious films I have ever seen, made by one of the most pretentious filmmakers working today. There is a part of me that is glad that the film exists, as an artefact to prove how low Hollywood can stoop, but that part is small. The rest of me is riddled with disdain for Hooper and the studio executives who backed his conspicuously disastrous vision.