"The Deadpool movies are like other superhero movies, yet not like them, and both things are kind of the point."

"Performances are key to making Deadpool 2 hum along as it does..."

If there’s one thing you might not have expected to want from a Deadpool sequel, it’s sentiment. The original was a massive hit on the back of its irreverence and juvenile disregard for both taste and the self-serious tropes of the superhero movie – and indeed of narrative film in general. Doubling down on that seemed to be the clearest path to another massive hit, and Deadpool 2 has sort of done that. It’s also added a surprising dose of heart, such that you might actually be moved during this cinematic incarnation of the biggest wiseass you know.

The Deadpool movies are like other superhero movies, yet not like them, and both things are kind of the point. In the first movie you knew you were in for something different when the opening credits advertised it as a film made by “some douchebag” starring “God’s perfect idiot.” The language and copious amounts of blood also indicated that this was not your average superhero movie palatable to children. 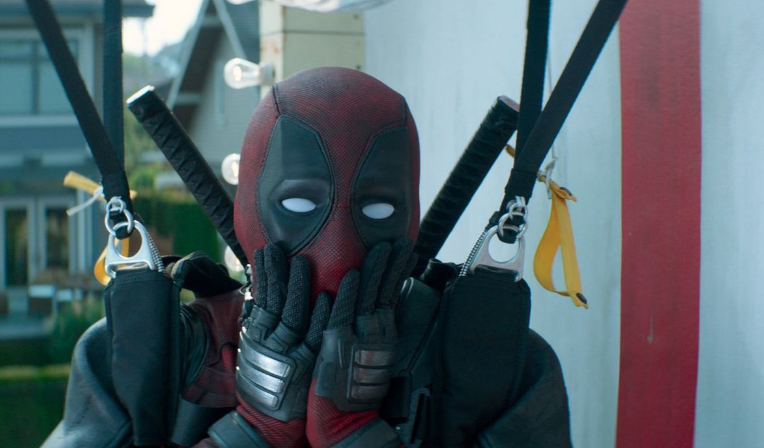 That mentality persists in Deadpool 2 with a funny lampooning of a James Bond opening credits sequence, complete with all the operatic dramatics of a Celine Dion song. The very Deadpool brand is a poke in the eye of other superhero movies, while at the same time understanding that it must adhere to what we’d expect from those movies, and taking the piss out of itself for that adherence. It’s fundamentally self-referential, as Deadpool is constantly comparing himself to other Marvel characters, such as Wolverine, and says at one point that one character is so dark he must be from the DC universe. (Deadpool himself is of course a character from Marvel, as he’s part of the X-Men universe, which has splintered off into many cinematic owners.) At one point, Deadpool signs “Ryan Reynolds” on a box of cereal for a gobsmacked boy he assumes to be a fan … Ryan Reynolds being the name of the man who actually plays Deadpool.

A little of this goes a long way … and Deadpool 2 is surprising for erring on the side of comparatively little. You can’t miss these instances of breaking the fourth wall, but they come at a pace of about one every seven or eight minutes, rather than one every three or four like in the original. Deadpool 2 – directed by “one of the guys who shot the dog in John Wick” (David Leitch) – manages to have its cake and eat it too, indulging in both its sarcastic side and its desire to offer a genuine superhero entertainment on par with what it’s lampooning. Oh, and then there’s the heart.

Deadpool’s thing is that he’s unbreakable. Or rather, that breaking him is only a temporary setback. In the first movie, terminal cancer patient Wade Wilson had a superhuman healing ability that manifested itself after he was repeatedly tortured, and now you can do literally anything to him without killing him. Which makes him able to mow through a room of bad guys emptying their chambers into him without suffering more than the physical dislocation of being hit by a bullet (and sometimes not even that). It’s also given him a sardonic wit and a unique ability to understand that he is a character in a movie.

This time the guy’s trying to move past a trauma that occurs in the film’s opening minutes and drives him for the rest of the movie, though he’s also got a new cause in trying to save a boy who has been tortured and molested at a kind of orphanage for mutants trying to control their abilities. Julian Dennison from Hunt for the Wilderpeople plays that character, an odd choice that mostly works. Deadpool doesn’t only need to save him from himself – the boy has the ability to make flames with his hands, and uses it – but also from a man time traveling from the future to try to kill him. That’s Cable (Josh Brolin), who has taken some serious losses at the hands of the future incarnation of the mutant who calls himself Firefist. Things get complicated and Deadpool needs to call in some other kickass mutants, some of whom have legitimate powers (a guy who can make himself invisible), some of whom just responded to the ad (a regular human male called Peter). 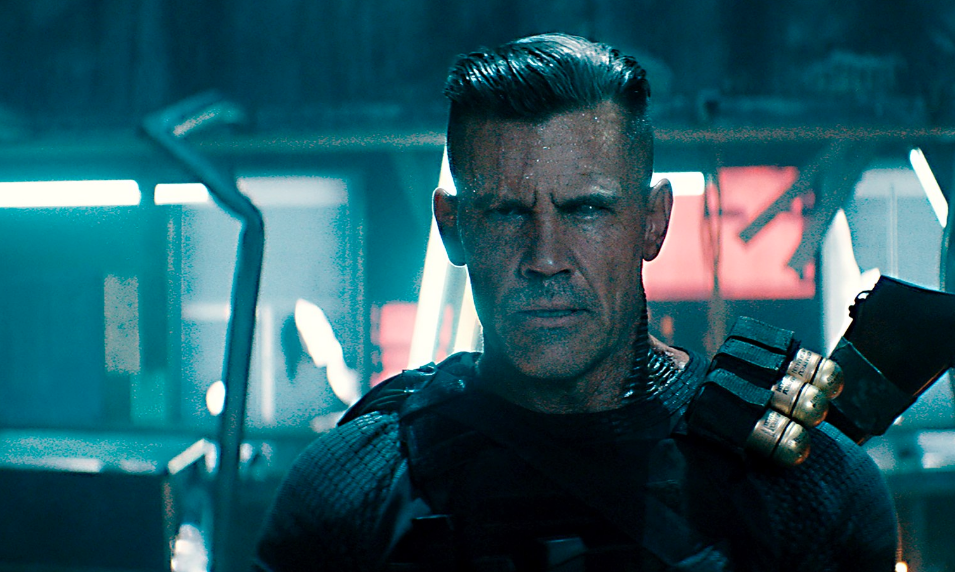 Performances are key to making Deadpool 2 hum along as it does, but this time it’s not just reliant on Reynolds, who has again found his perfect role in Wade Wilson. The standout in a uniformly effective cast is Zazie Beetz as Domino, a woman whose super power is luck. If a building is falling on her, she’ll be standing right in line with an opening in it, kind of like Buster Keaton in that classic clip from Steamboat Bill Jr. She brings spunk and cool and just the right facial expression for every occasion.

Brolin is also strong in his second superhero movie within the past month (he voices Thanos in Avengers: Infinity War). A bit overexposed at this point, T.J. Miller doesn’t offer as much as he once did in the comic relief role, but maybe that’s because you can’t really have a good comic relief character when everyone else is basically playing that role. Karan Soni as Wade’s Indian cab driver friend is much better (and avoids the stereotypes suggested by that character description).

The rest probably defies laying out in detail, because it would just be listing a succession of great visual gags and funny lines of dialogue, many of which directly skewer the narrative machinations of the script, the blocking, and even the studio’s decisions in who to cast in the movie. You’ll need to see the movies to experience those yourself. 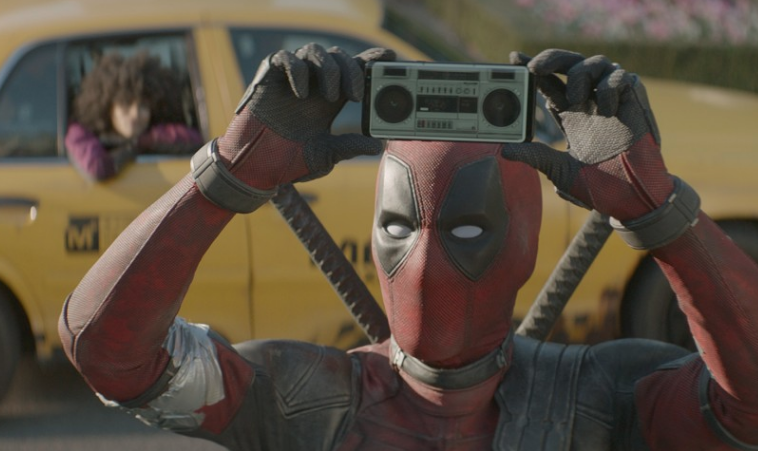 But the heart is something I’ve teased a couple times and is probably worth expounding on. Wade Wilson does have that trauma mentioned at the start of this review, and it does continue to interact with the choices his character makes, not always for purposes of a joke. Leitch admirably mixes tones in this movie, rather than sticking with the one that Tim Miller gave us in the first. If the first Deadpool was spitting in your eye, this one spits in your eye and lets it roll down your cheek as a tear – maybe not literally, but close enough for it to be surprising. In other words, it has the courage to be a bit more adult than the movie that preceded it, without losing an ounce of its sophomoric charm.

End credits sequences have become de rigeur for comic book movies these days, and Deadpool 2 has one of the funniest you’ll ever see. You’ll laugh, you’ll think, you’ll get treated to the spectacle of Ryan Reynolds growing baby legs after being torn in half. Now I’ve said too much. Just go see the movie.