"The Star Wars franchise is eating away at itself."

"...the new onslaught of Star Wars films is robbing us of the imagination that allowed us to grasp the endless possibilities of a galaxy, far, far away."

The Star Wars franchise is eating away at itself. Solo: A Star Wars Story is a film that George Lucas never would have made. Lucas’ lack of input into the universe he created is damaging. The relationship between Star Wars and the commercial products that it engendered has always been close but the Disney acquisition has rendered them one in the same.

The gauge for how good a new Star Wars film operates in a similar manner to Marvel films in that they can only be as good as the restrictions that the films place on themselves allow them to be. Solo: A Star Wars Story will be measured by how good it is in spite of the fact that it is principally driven by fan service and cautious, corporate filmmaking. The original saga never had restrictions like those, which is why they will always be better than films that pander. 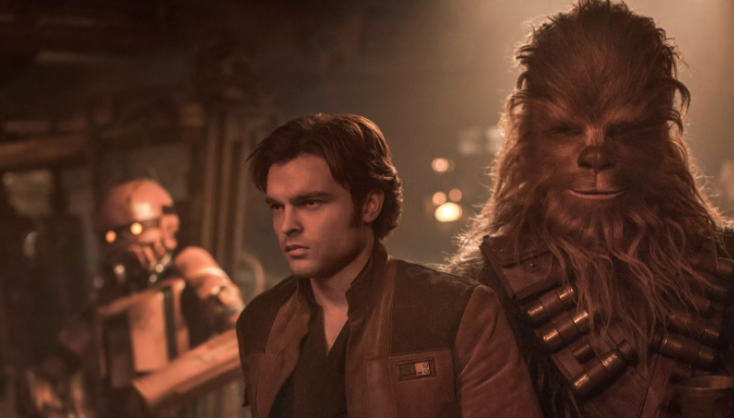 But Star Wars isn’t great because of the random elements that make it up, which is something that Kathleen Kennedy doesn’t appear to understand. Star Wars used to be great because it was great. An audience may get a kick out of watching Han and Lando gamble over the ownership of the Millennium Falcon but it’s a cheap way to get a reaction, and Han and Lando’s enduring legacy has nothing to do with cheap filmmaking. Besides, the new onslaught of Star Wars films is robbing us of the imagination that allowed us to grasp the endless possibilities of a galaxy, far, far away.

Solo: A Star Wars Story is nonetheless the best of the new Star Wars films, although it may be the film, out of all films, that I wished the most didn’t exist. Largely, I am a firm subscriber to the concept that every film should be judged on its own merits and yet it is difficult to do so when a film is as inextricably linked with other films as this one is. More difficult still, when the central performance is a refurbishment of a character that is inherently inseparable from the actor who originally played it.

Alden Ehrenreich does an admirable job at bringing life to his iteration of Han Solo but he is not Han Solo, Harrison Ford is. I pity any actor who follows in the footsteps of Ford in his more iconic roles. There has never been a star to convey such unrefined charm and charisma in roles that otherwise could never have been met with the universal enthusiasm that Solo and Indiana Jones have enjoyed. Ford’s smirks radiated appeal. Ehrenreich‘s smirks are just smirks, even if they are likeable ones.

Subsequently, Solo: A Star Wars story is enjoyable in the way in which fan fiction that you never sincerely associate with the central canon may be enjoyable. It was directed by Ron Howard, who has come a long way since appearing as a young man in the film that Lucas made before the first Star Wars, American Graffiti in 1973. 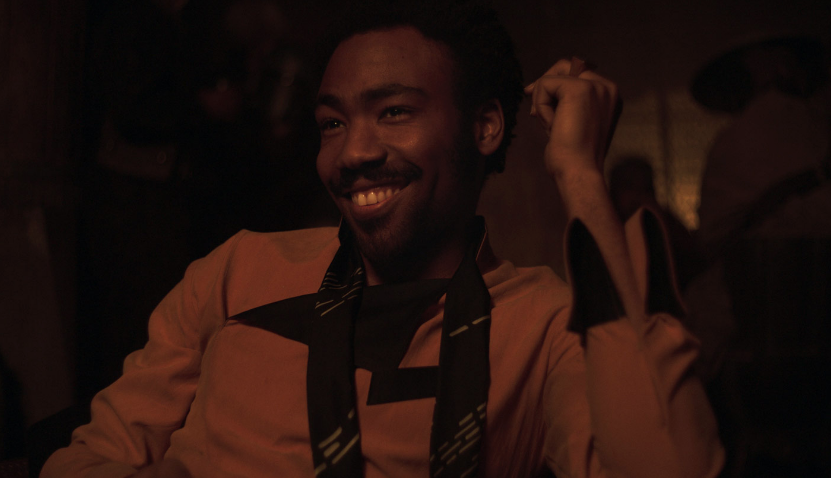 Howard’s new film will suffer alongside any serious consideration between it and the best Star Wars films but appreciated as a distant cousin that has a superficial family resemblance, it fares more favourably than The Force Awakens and The Last Jedi, and far more favourably than the soulless Rogue One.

Largely concerned with a story that was drastically better when left to your own fantasies, and serves to wholly drain its titular character of his sense of myth, Solo: A Star Wars runs from one chase to the next heist with a happy pace that sometimes, gratefully, encourages you to try to forget that the film ought not to exist. 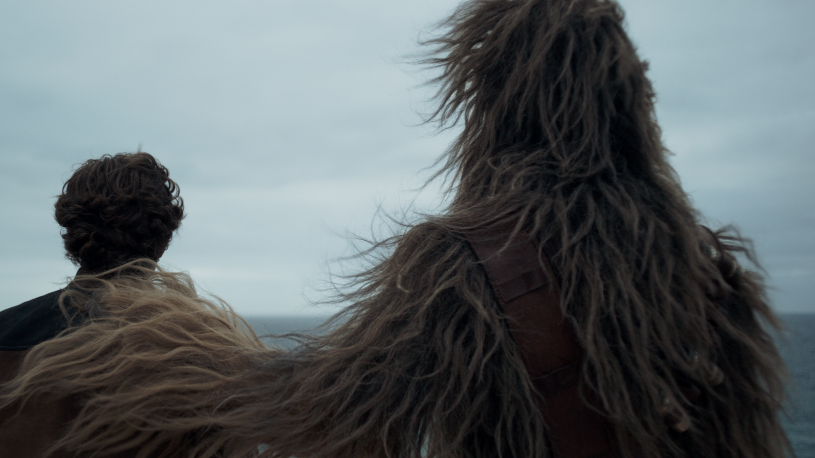 The cast is largely effective, and enthusiastic, possibly the consequence of the daunting odds against this film being culturally successful. The most significant dilemma in regards to plot and character is the reality that Solo undergoes his dramatic shift in character over the course of Lucas’ original trilogy, leaving little room for personal development here.

My ten year-old cousin, Ned, was delighted with the film, and I am confident that many people will be. And I was largely entertained, but I can’t help but be disheartened by what Disney are doing with the Star Wars franchise; the creative equivalent of treading water. That’s not how great films are made, and Star Wars was a great franchise, a long time ago.