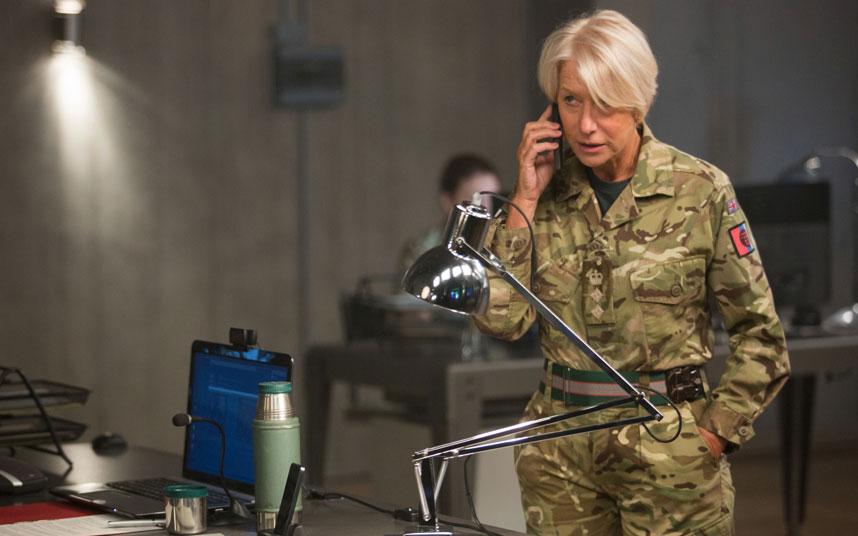 “Gentlemen, you can’t fight in here! This is the War Room!” It’s a quote from Stanley Kubrick’s Dr. Strangelove that may come to mind during Gavin Hood’s war thriller, Eye In The Sky. The former is satire, the latter is not. Both films are aware of the constitutional ludicrousness of warfare politics as well as the brutal realities of it. There are a number of scenes in Eye In The Sky that would be right at home in Dr. Strangelove, had they erred toward wit instead of earnestness. Stalin once said that one life is a tragedy and a million a statistic. Where else to fight about those lives but in the War Room?

For the fortunate that will never experience war, film is a widespread avenue for exposure to it. Paths of Glory, one of Kubrick’s finest films, and Milestone’s All Quiet on the Western Front conveyed the shaky transition between classical and modern warfare. There’s an alarming unease to Francis Ford Coppola’s Apocalypse Now that represented conflict in a post-WWII world. Jarhead showed a Gulf War in which soldiers never meet an enemy. And now Eye In The Sky depicts contemporary warfare in its logical progression; absolute detachment.

The ethical dilemma regarding the capacity of drones is the concern of Eye In The Sky. Drones were first employed in the Balkans war. Their use escalated in Afghanistan and Iraq. The film revolves around a covert drone mission, led by Colonel Katherine Powell (Helen Mirren), to capture a terrorist group using a safe house in Nairobi. Also represented are the drone pilots, the various governmental officials responsible for overseeing the mission, the Kenyan spy on the ground in the city and a young Kenyan girl selling bread in the neighbourhood in question. 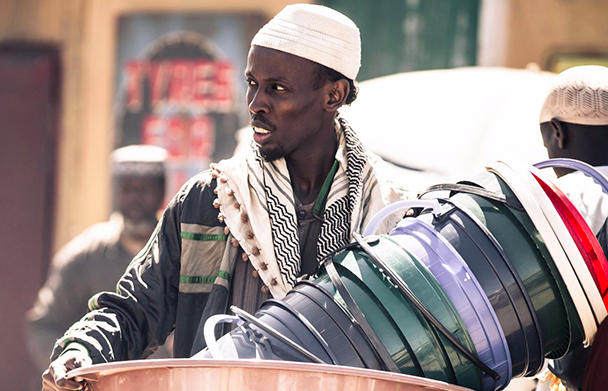 The situation escalates when Powell discovers that the group under observation intend on carrying out an suicide attack imminently. The question of a drone strike is raised and contested. Escalating the issue is the presence of the Kenyan girl, who is in the proximity of the blast radius. Military analysts give her a 70% chance of fatality. In one of those Dr. Strangelove moments, the officials argue about percentage, and try to manipulate it downwards. Is saving one girl’s life worth the potential death of many more? In another Strangelove moment, ministers observing the situation from an office in London suggest that if the girl wasn’t in plain sight, it might not be an issue. It’s almost certain loss of civilians over certain loss of civilians. Lt. General Frank Benson (Alan Rickman) wonders whether the minds of the decision makers are being clouded because the civilian in question is a sweet, young girl.

Whether or not the procedure or the military realities that are depicted in Eye In The Sky are authentic is somewhat immaterial. It’s an examination of the repercussions of drone warfare, and the shady ethics involved in fighting our fights with such detached violence, regardless of accuracy in fact.

There’s no easy verdict to the issues in Eye In The Sky. Paths of Glory posed questions that it didn’t answer, as did Apocalypse Now and Jarhead. It’s not for Hood to solve the enormously broad issue of drone warfare. To the ignorant eye, war is more complex today than it has ever been. It may be so complex that deciphering the ramifications of the way in which contemporary warfare is conducted might just be impossible. It’s all so crazy it could have been satire.