"Fatal Affair is the kind of movie for which the term 'paint by numbers' was coined."

"To watch Fatal Affair is to experience what life would be like if there were no such thing as small talk." 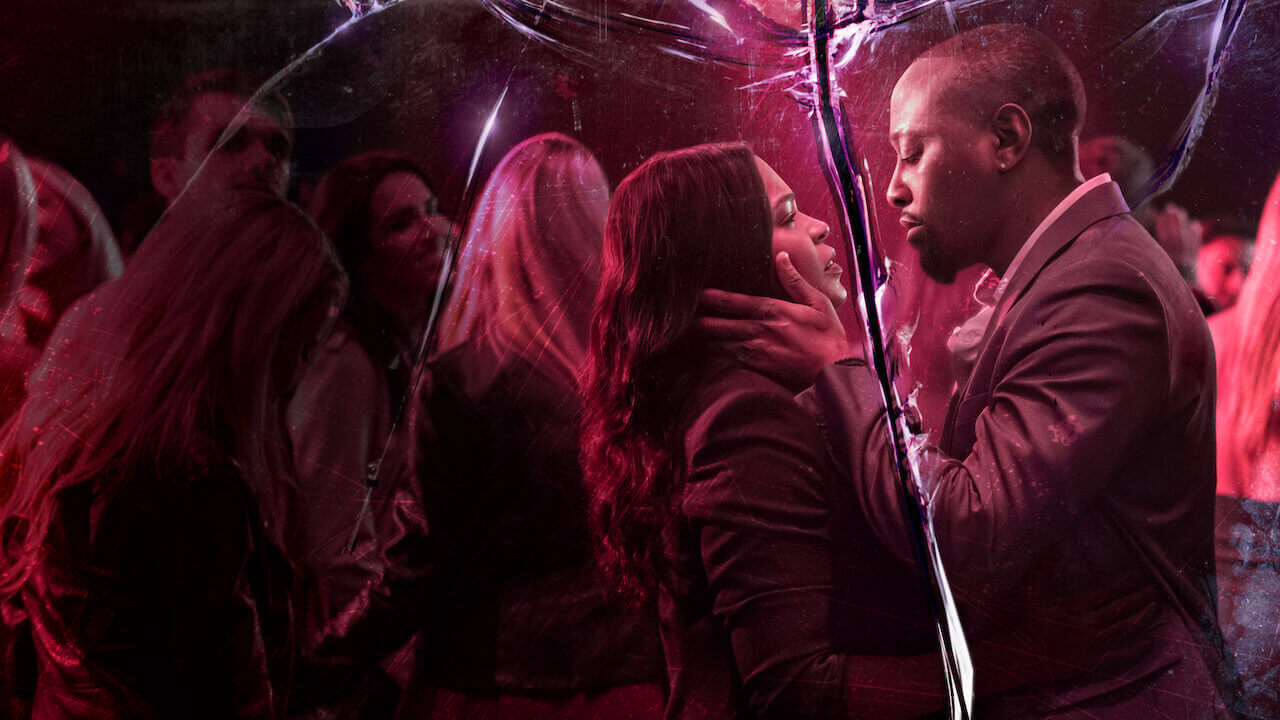 We should be ashamed that we spent so many cinematic hours taking movies like Fatal Affair seriously back in the 1990s, because they were absolute dreck. Sure, a few exceptions like Basic Instinct earned some distinction based on Sharon Stone’s fondness for ice picks and lack of fondness for underwear, but almost everything else was a tawdry narrative dumpster fire. Actually, so was Basic Instinct.

And yet here is one of these relics birthed anew in the middle of Netflix’s July release slate. Critics use the phrase “paint by numbers” to describe something so predictable and ordinary in its plotting and execution, it’s as though it required no more investment of energy by the creators than to follow a series of pre-determined instructions on a template. Fatal Affair is the kind of movie for which the term “paint by numbers” was coined.

You couldn’t have yawned your way into a more pro forma plot. Nia Long plays Ellie, a successful lawyer with her daughter off at university, who moves with her nice but boring husband (Stephen Bishop) to a coastal dream home to escape the hustle bustle of the city. In her new job she meets an old friend, David (Omar Epps), who has been brought in as an expert on a particular legal case. At a drinks celebrating a big win, the two get lost in a moment and nearly commit adultery in the bathroom at the bar.

Ellie pulls back at the last moment and tells David it was a mistake. That won’t satisfy the persistent David, though, who has been seeing a therapist for anger issues, and may just be a suspect in the death of his ex-wife. Since he’s also a hacker, he’s got compromising security camera footage from the bar, which he might just show to Ellie’s husband and daughter, if she doesn’t play along and realise they were meant to be together. Children, pets and innocent bystanders, watch your backs. 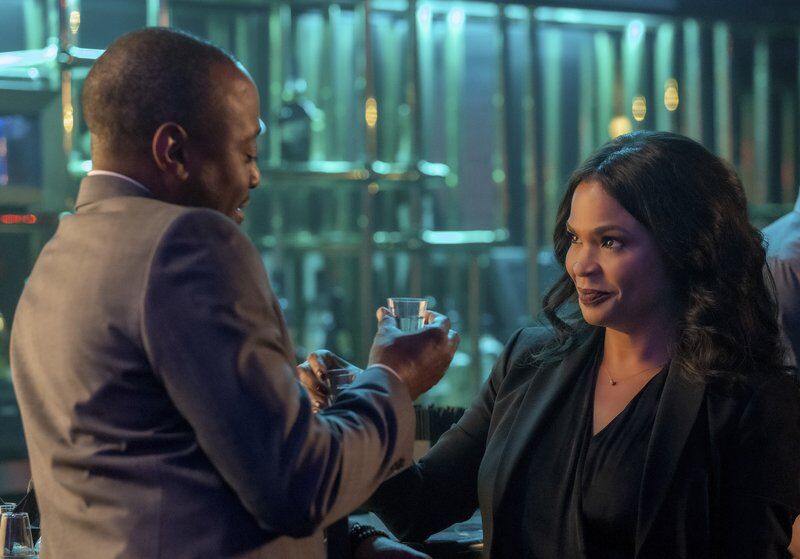 To watch Fatal Affair is to experience what life would be like if there were no such thing as small talk. The movie is utterly unacquainted with the concept. Every single bit of dialogue, bar none, exists to communicate who characters are, what they are thinking, what they have done and what they are about to do. It’s death by exposition. Real conversation is full of false starts, tangents and inside jokes, yet anything remotely resembling a believable human moment between these characters has been scrubbed from the script. In fact, in a moment that flirts with such a possibility, the director chooses to join the scene on the characters laughing at what was just said. Tell us what they said, for once – we’re gasping our breath for something relatable. 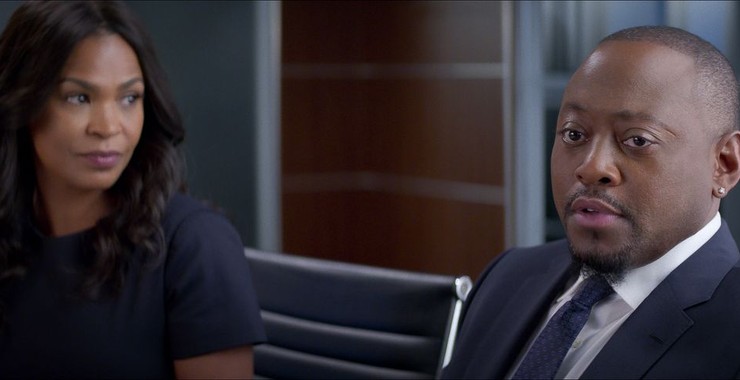 The director responsible for this train wreck is Peter Sullivan, who helmed a similarly vacuous and rote Netflix thriller just last year, called Secret Obsession. Where do they get these titles? And by that I mean, why is it so obvious exactly where they get these titles? Throw a bit of eccentricity into the title and there would be some small chance we’d remember it. At least, I suppose, it owns up to exactly how disposable it is.

It would be tempting to shift blame for this failure to the screenwriter, since the writing is far more egregiously bad than the directing, which is not great but does come off as tolerably workmanlike. Well, Sullivan is also the co-writer, though at least he shares blame with Rasheeda Garner on that one.

One way to gain a little bit of distinction would be to have certain plot details, interchangeable from a hundred other erotic thrillers though they may be, play out in some unexpected fashion. But the signs of giving up are perhaps most evident here. At one point, Ellie needs to get into the apartment of her stalker to figure out exactly the extent of his obsession with her. They could have cooked up some plausible method for her gaining access, maybe some clever plan she executes. Instead, she just walks up to the concierge in the fancy apartment building where David lives, and says she left some things in David’s apartment after spending the night there. The concierge just smiles and hands her the key, no further questions asked. That’s unexpected, but in the worst possible way. 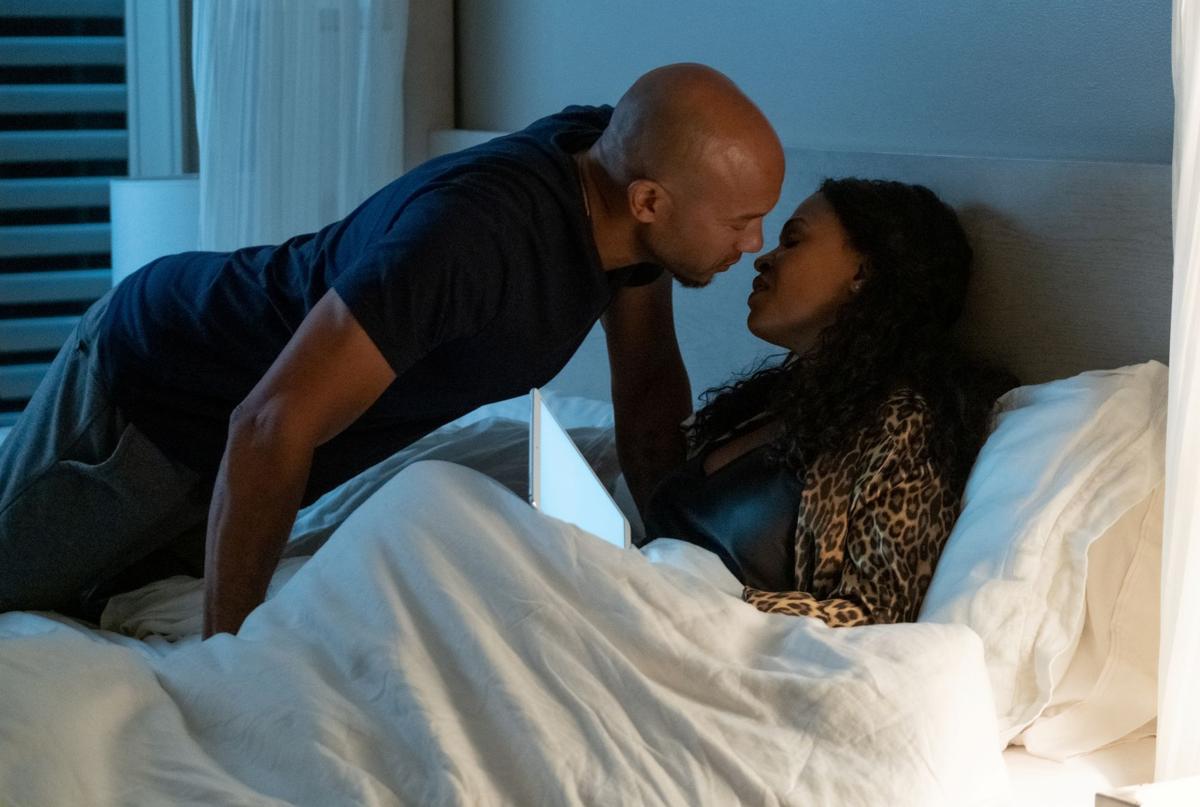 That concierge isn’t the only one who should be looking for a new kind of work. It’s sad to see actors who have had decent careers involved with something like this. Epps, Long and Bishop have all put their name to much higher quality material – though, it should be said, not so much recently. But just because you’re no longer getting cast in the TV show House (Epps), the movie Moneyball (Bishop) or the movie Boyz N the Hood (Long), doesn’t mean that this should be your only option. Then again, Long also has a producing credit on the film, so who knows.

There are numerous ways to reach the lowest rungs of a ten-point rating scale, because terrible comes in many forms. Usually, you have to be really incompetently made or offensive in some way. But a film can also be so lacking in imagination that its makers are guilty of different types of crimes against the filmgoing public. Fatal Affair achieves its low watermark on the basis of sheer terminal blandness.