"The details of Hopkins’ performance will be familiar to anyone who has had a parent or grandparent go through this ordeal."

"Movies about losing time and the associated disorientation can be incredibly poignant, and this is no exception."

Thank goodness we can still appreciate the faculties of Anthony Hopkins for a few more years. The acting legend turned 83 at the end of last year, so there would be reason to worry he’d start going the way of his titular character in The Father, one of 2020’s best picture nominees. That character is even named Anthony, making an obvious autobiographical connection to the actor. But it takes the sharp, intuitive instincts of a 50-year-career to give the kind of performance he gives here. Not only is he not done, but he’d probably be the Oscar frontrunner if not for the likelihood that the Academy will honour Chadwick Boseman posthumously. 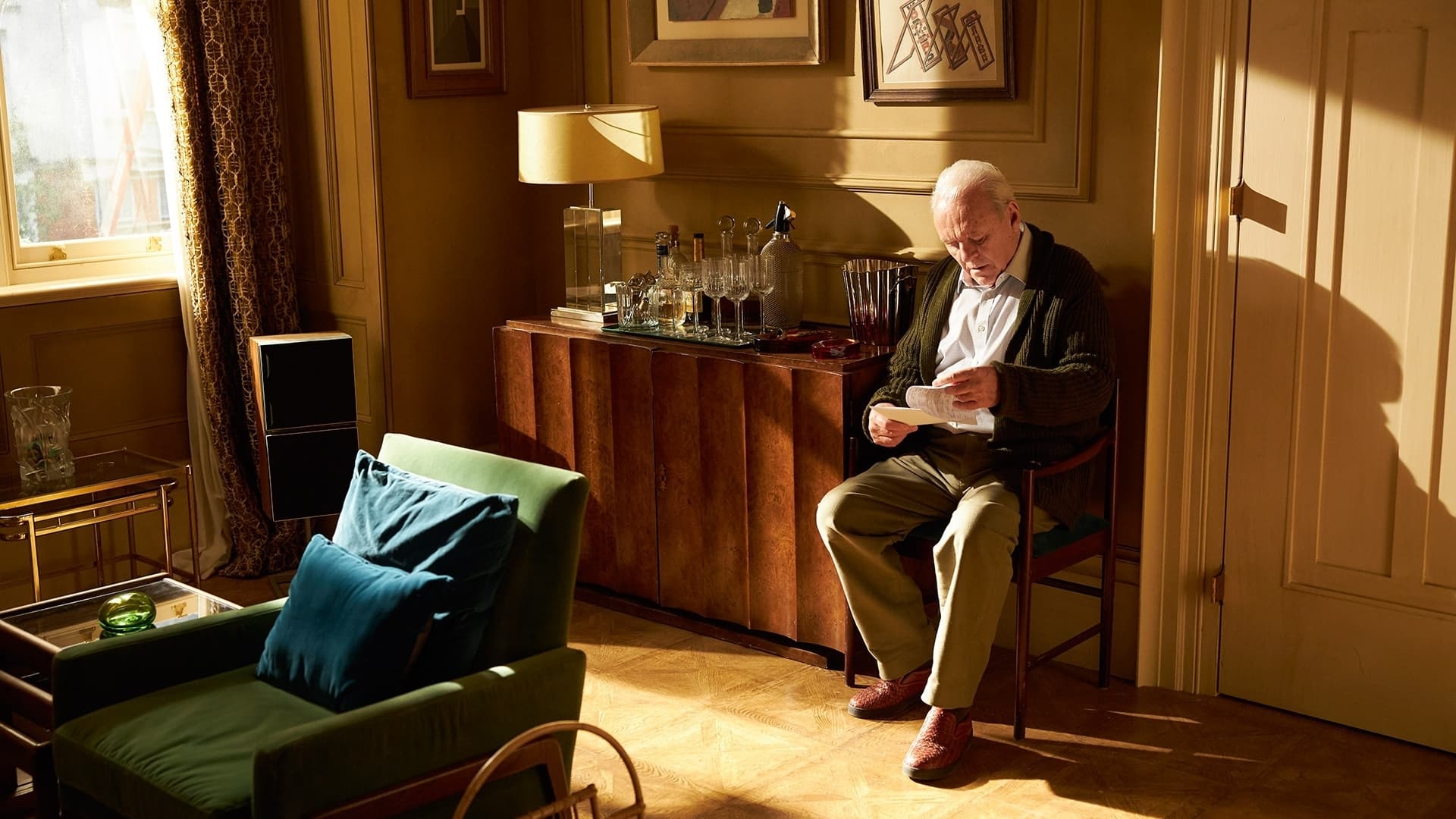 If you don’t already know, Hopkins is playing a man with dementia. He’s a retired London engineer, but this is one of the only details of his life we know we can rely on. He tells a prospective new caregiver (Imogen Poots) that he had a career as a tap dancer, which he seems to believe, and even gives a little impromptu display just to charm her. He can be a charmer when he wants to be, but he can also be an irascible, paranoid jerk – though how much of this is a carryover from his earlier days, or a function of his current condition, is not known to us.

We don’t know this because the details of Anthony’s life only come into focus from time to time. We think we can trust the words of his daughter, Ann (Olivia Colman), until she contradicts something she told Anthony a scene earlier – that she’s moving to Paris. Could she be gaslighting her father in an attempt to gain his flat, as Anthony believes? Not likely, if only because Colman has such a kind face, but Anthony’s world is an unstable one indeed. For example, sometimes a woman played by Olivia Williams says she’s Ann. Ann’s partner, Paul, is also in the flat, but sometimes he’s played by Rufus Sewell, and sometimes he’s played by Mark Gatiss. Anthony isn’t sure he should be there at all. Is this Ann’s ex, or is it her new love, or is it a stranger entirely?

Director Florian Zeller, adapting his own play with Christopher Hampton, doesn’t want us to be sure of anything. Because that’s what it’s like when you have Alzheimer’s. The things you think you know might be blatant falsehoods, but that doesn’t mean you believe in them any less strenuously. But Zeller never lets us forget that it’s possible for an opportunistic offspring to gaslight an ageing parent. The details of this particular scenario could be extraordinary, rather than just tragically ordinary.

The details of Hopkins’ performance will be familiar to anyone who has had a parent or grandparent go through this ordeal. There’s the unfocused stare as the mind attempts to compute an obvious misunderstanding of the current circumstances. There’s the rushed agreement when a loved one corrects something you got wrong, a desperate attempt to cover for the mental failings you are aware on some level are occurring. There’s the sudden flashes of anger. There’s the asking about deceased family members, who have been gone for decades in some cases. 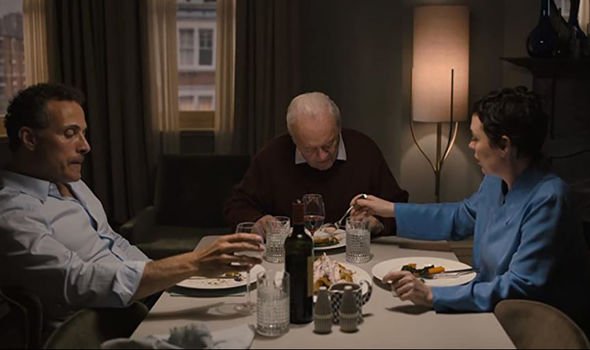 Hopkins has undertaken numerous challenging roles in his career, but none may be more technically demanding and emotionally devastating than this. We don’t really know what Anthony was like before all this, but we can see in the eyes of his daughter how distraught his ranting and raving makes her. Even if a parent wasn’t perfect – no parent is – watching them reduced to such confusion, such quick temper, such total incapacity, is emotionally ruinous. And the flashes of the person he uses to be – jolly, fancying himself a tap dancer – just makes it all the more cruel. The oceans of sadness experienced by Colman, also Oscar nominated, can’t help but pool in her eyes and roll down her cheeks.

Enough cannot be said about the way Zeller structures The Father. While the staging stays within the limited number of locations of a stage play, these locations sometimes seamlessly blend into one another, as Hopkins leaves one room and enters another, finding himself in what might be a different place or even a different time in his life. He’s not time traveling, of course, but when your brain becomes unmoored from our shared reality, time is not much further of an obstacle to overcome. Movies about losing time and the associated disorientation can be incredibly poignant, and this is no exception.

Without spoiling where this movie goes, it’s worth calling attention to a scene near the end that involves the incredible compassion of a character who is not one of Anthony’s family members. He’s at a particularly low moment that involves a different kind of outpouring than the ones we’ve gotten from him before. That this character is there for him is a warm reminder of how simple kindness can help restore the humanity this disease has stolen away.

The Father is currently playing in cinemas.