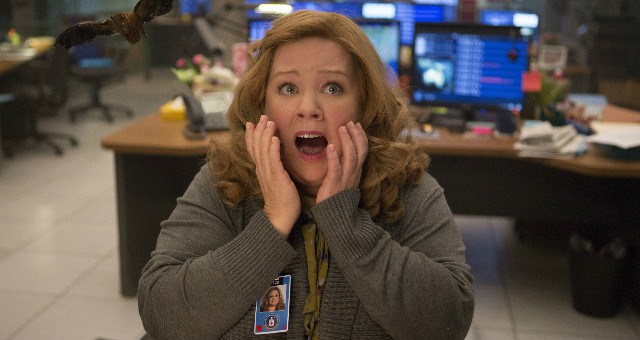 Melissa McCarthy has had an unbalanced career to this point. She tends toward one extreme or the other – either brash and klutzy, or overly sweet. In fact, the two halves of her persona were on display in the two halves of Tammy, last year’s failed McCarthy vehicle. With each new film you sense McCarthy trying to figure out just the right way to employ her shtick, and even though some of her movies are commercial hits, you get the idea she’s still fine-tuning.

Well, all the dials are finally set correctly in Spy. Her third collaboration with director Paul Feig (with another, the Ghostbusters reboot, on the way) at last brings the funny without a whole lot of the cringey. Or if you’re cringing, at least you’re cringing for the right reasons. Perhaps it’s the game supporting cast that really makes Spy stand out. McCarthy may be funny, but she can’t do it alone.

In fact, the premise of Spy is that she can’t do it at all. “It” is being a field agent for the CIA, a position she’s gone through years of training to qualify herself to do. McCarthy’s Susan Cooper has terrific instincts and is an ace with weapons and hand-to-hand combat, but her physical attributes give her more in common with a crazy cat lady who wears bad sweaters than, well, the field agent she supports and secretly loves, Bradley Fine (Jude Law). She’s Fine’s technical liaison back at HQ – his eyes and ears, as it were. Fine appreciates her, but carries some of the same biases and a general cluelessness about how to treat her, giving her a cartoon cupcake necklace as a thank you present for saving his life. When Fine’s pursuit of a rogue nuclear weapon goes awry, though, the CIA needs someone whose identity has not been exposed by a group of dangerous operatives led by the femme fatale Rayna Boyanov (Rose Byrne). Susan’s boss (Allison Janney) taps Susan for an “observe and report” mission, hoping that Susan can go undetected in the guise of a midwestern tourist in a bad wig on holiday in Europe. Of course, things become more complicated, especially when an agent on the lam from the CIA (Jason Statham), seeking to prove his machismo by working the mission himself, threatens to blow her cover. 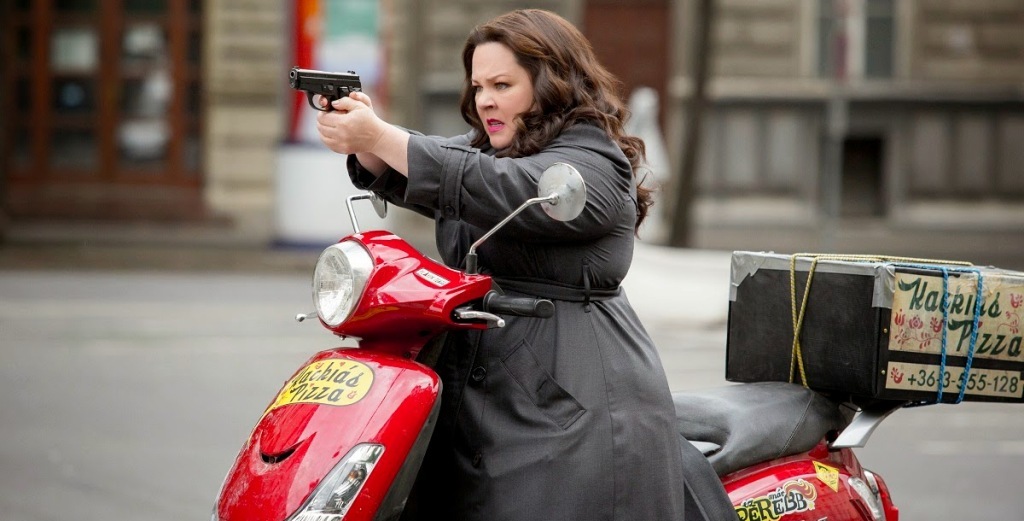 Statham makes a great segue into talking about how funny this cast is. Some of those who’re supporting McCarthy have worked in comedy before (Law and breakout candidate Miranda Hart) or even worked with McCarthy before (Byrne in Bridesmaids). Statham, however, has not been asked to do anything like this since his early days – or possibly ever, as the sense of humour in those early Guy Ritchie movies was much more wry. Here, Statham is on board for a hilarious send-up of the type of character he usually plays, but one that also involves plenty of physical humour of which he might never have seemed capable. Vulgar wordplay has always been key to Statham’s screen persona, but here, it is adjusted ever so slightly to become the source of big laughs.

It’s actually this wordplay that makes Spy so funny in general. Many of the jokes are constructed as one character telling another character “You look like a ____ ___ __ ____,” with the blanks representing some kind of complicated metaphor for their current physical appearance. While that could be construed as a lazy joke-slinging structure, it works when the observations are so dead on. The butt of the joke usually does, indeed, look like that ridiculous thing being described.

The film joyously commits to its MA classification. The f-word is thrown about with abandon, and bodily fluids factor heavily into the physical gags. Again, this stuff could seem juvenile, but it is handled perfectly within the tone the film establishes. Mean spirit is regularly undercut by heart, and heart regularly undercut by mean spirit, but all in such a way that the characters seem like they are being given a fair shake. The movie doesn’t shy away from making a joke of McCarthy’s physical appearance – she has sometimes been called a female Chris Farley – but it also doesn’t indulge in any cheap shots. Like McCarthy herself, this movie just uses what it has, and turns that into regular doses of laughter. Meanwhile, it never loses sight of the fact that this is a spy movie, meaning that the action and the intrigue should both reach a certain level of sophistication. One mano-a-mano – or rather, womano-a-womano – fight in a kitchen is a virtuoso example of a scene played both as action and comedy.

Among today’s action comedies, Spy most closely resembles something like 21 Jump Street, in the sense that everyone looks like they’re having a great time, and the feeling is infectious. If this same feeling infects the next Ghostbusters, we’re in for a treat.