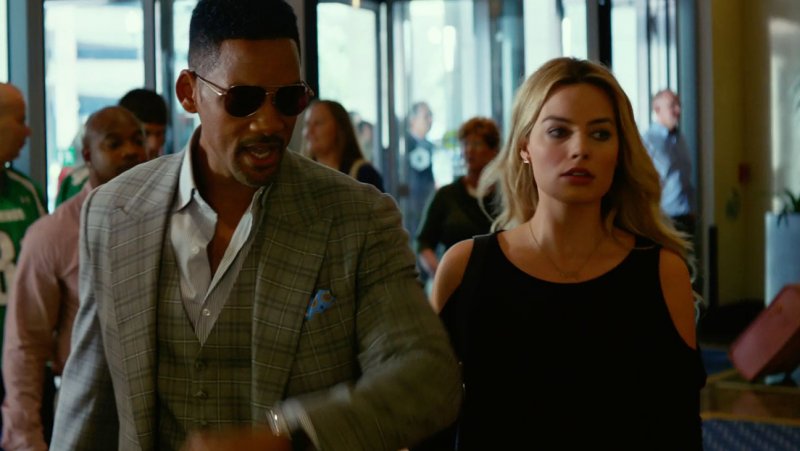 The successful con film is a bit of a rarity. So weary are the conventions and the tricks that come with the genre that it takes real charm and misdirection to convince an audience that we’re not actually being conned. The expectation is deception, which is problematic for a number of reasons. First and foremost, uninspired and shortsighted tricks are glaring and laboured to the observer on the ready. A con film can’t be more stupid than an audience. But there’s also the problem that if we can never believe the characters then how are we meant to care about them?

Focus, the new film by directors John Requa and Glenn Ficarra, suffers from both of these dilemmas. Like its cavalier protagonist, Nicky (Will Smith), the film is nowhere near as charming as it thinks it is. His presence is magnetic and his skill as a thief is extraordinary, except they aren’t at all because in reality his behaviour would be obnoxious and his conning techniques laughable. In one early scene, Nicky predicts that a man will drop a hotdog being thrown to him (it’s about as compelling as it sounds). He’s inevitably right, to the astonishment of partner in crime Jess (Margot Robbie). His reasoning behind the forecast? Nicky knew that the man throwing the hotdog was a bad throw because he knocked a woman’s glasses of with another hotdog throw fifteen minutes earlier. Jess is marvelled and Nicky nods smugly at the airtight genius of his rationale. The real problem is that we don’t.

The only victim of conning in Focus is Focus, like how it convinces itself that the world of deceptive crime is as lavish and exotic as it would have us believe. Fast cars, faster women, expensive suits and high-rolling are all contributing factors to Nicky and Jess’ world, perhaps to make us forget that these people that they are ripping of are innocent, and a lot of them don’t have a lot of money. An obligatory training sequence, in which Nicky’s crew show Jess the ropes, is flashy and upbeat until the realisation that they’re stealing watches and phones from regular people on the streets of New Orleans dawns. These guys aren’t suave, they’re scumbags. 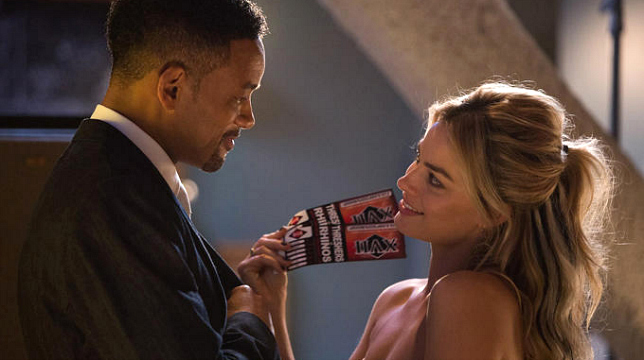 The con film by all which other con films are judged is of course George Roy Hill’s The Sting. The ending of that film came as a surprise because while you were watching Hill’s hand setting up one outcome, blinding the audience with absorbing characters and dialogue, his other hand was putting the pieces together for the real operation. It was an operation that made sense and that was fun to retrace in hindsight. Focus is as bright as its characters, lying about everything and everyone as often as possible in the desperate hope that we might mistake it all for ingenuity and intricacy. Requa and Ficarra roar blissfully ahead, confident in the belief that we’re falling for their disinformation, ignorant of the deviant actuality of their characters.

Early on there’s are hints of a possible self-awareness to the film, such as when one of the two central protagonists dismisses the idea of  the’one big con’ that you see in movies. It should be a promise that the customs of these sort of films are about to be broken. No, it’s never addressed again and not long after the convention is scoffed the characters end up getting involved in that ‘one big con’ anyway. Contradictions smother the film, particularly in character behaviour. Jess spends an afternoon tracking down a woman whose purse she finds on the street, but we’ve seen her dispassionately thieve wallets from whoever and whenever.

Nicky is always ten steps ahead of everyone around him but the bridges between those steps are ludicrous. Comparatively, there’s no logical progression with the misdirection in Focus, just blatant, constant and inexcusable lying. It’s just not feasible for a con film to be this dim. Perhaps a cleverer con would have been to not con at all.