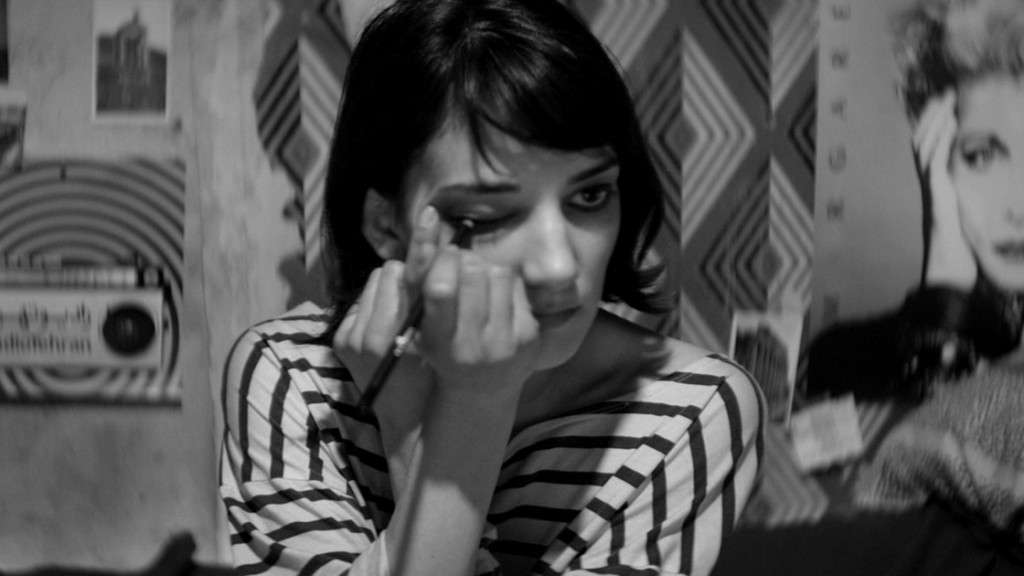 In Bad City, the residents have little to hope for. Theirs is a desolate town, sparsely populated. Little do the people of the town know however, that a girl who walks the streets at night is stalking them: a vampire. A Girl Walks Home Alone at Night has been referred to as the first ‘Iranian Vampire Western’ – certainly one way to describe this genre-bending romantic thriller! Ana Lily Amirpour’s debut feature (she already has several short films under her belt) is assured and intelligent.

The Girl (Sheila Vand) is the thread that connects all the different characters together, catalyzing the incidents that are to befall them. Central to the story though, is the relationship that strikes up between the Girl and Arash (Arash Marandi). Arash is trying to look after his drug addict father Hossein (Marshall Manesh) while saving all the money he can to get out of Bad City. A chance encounter brings he and the Girl together. They are drawn to each other. There is very little explanation as to why – perhaps they sense a certain loneliness in each other, or the recognition of a kindred spirit. However, the chemistry between Marandi and Vand brings a wonderful sense of intimacy when the two share the screen, and explanations for why they are together cease to be important. They just are. 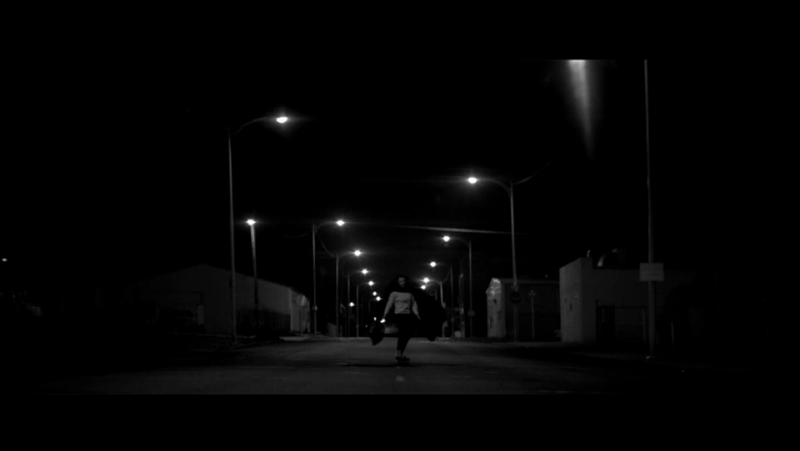 The film distorts and blends together genres and styles that at once make it hard to define, yet totally captivating. A myriad of influences are at work, and it all comes together beautifully. The homage it plays to classic Westerns is obvious, but it is also at once gothic horror, romance and drama. There’s something very noir about the way it is shot, and at other times it even evokes the feeling of the French New Wave. Then again, it is reminiscent of old Hollywood, with lead Arash Marandi reminding us of a James Dean-type. Sheila Vand meanwhile, is like another Anna Karina. When we see her in her room for the first time, she is dancing by herself to her favourite records, beautiful, but detached from the world.

Comparisons may be drawn to Jim Jarmusch’s Only Lovers Left Alive, but where that film languishes, this thrills. The pace may be slow, but it’s gripping and intense. There are sequences of palpable tension building up to electrifying moments of release and horror. The Girl is scary! She stalks her prey in the shadows, striking unexpectedly. But it is important to note whom she chooses as her prey – a drug dealer, an addict, frightening a naughty child – and whom she chooses to spare. A mostly silent protagonist, the Girl’s actions say more than her words. She believes she is bad, so she preys on bad people. Sheila Vand gives a mesmerizing performance, and manages to convey the Girl’s sense of loneliness and solitude with barely more than a simple look.

A Girl Walks Home Alone at Night boasts an amazing soundtrack, superb performances and feels altogether unique. There’s a sense of the poetic about it that is often found in Iranian cinema, and it is one of the most exciting new films to be added to the ‘vampire’ genre of cinema in recent years.

A Girl Walks Home Alone at Night is now playing at ACMI until the 10th of February. For more Reviews, click here. If you’re digging ReelGood, sign up to our mailing list for exclusive content, early reviews and chances to win big!