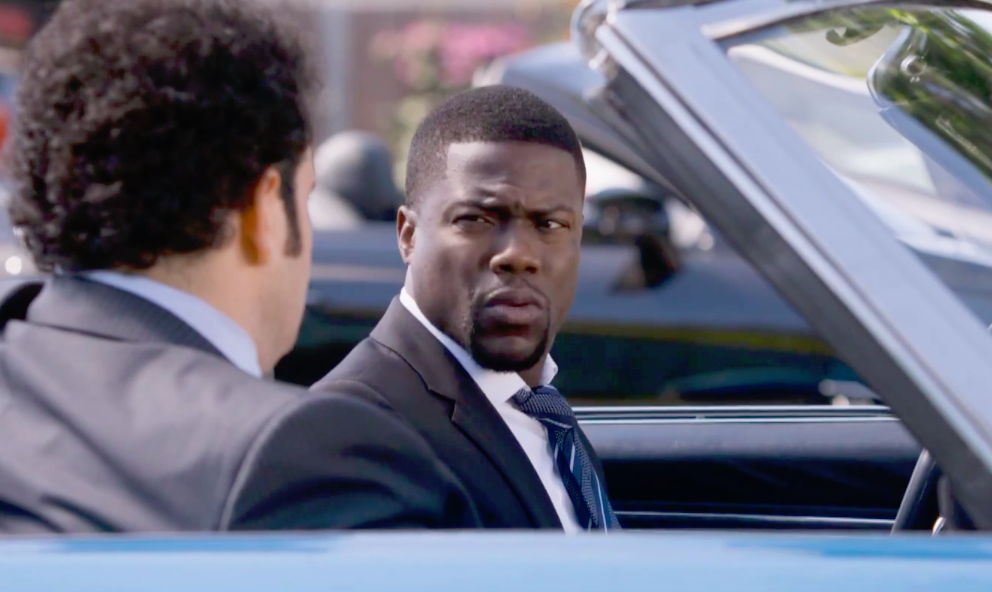 Movies rely heavily on tropes that are just not – how shall we put this – realistic. One of these is the character who has no friends. You have to be a real S.O.B. not to have any friends, and in truth, most S.O.B.s can find plenty of other S.O.B.s who like them just fine. Even serial killers can usually locate a couple like-minded individuals who’ll meet them for a pint – of beer, of blood, whatever the case may be.

When the character without any friends is someone as sweet as actor Josh Gad – the voice of Olaf from Frozen, no less – it just takes you right out of the movie. And even though The Wedding Ringer eventually explains the contrivance that causes him to hire a best man, the damage has already been done. The rest of this story soon collaborates to destroy any remaining undamaged parts of a viewer’s good will.

Gad plays Doug Harris, a successful tax attorney just weeks away from marrying a girl out of his league (Kaley Cuoco-Sweeting). It’s not because he’s an unlikely physical match that their coupling seems questionable; it’s that she thinks nothing of having never met a single one of his friends. The reason she hasn’t met them? Doug has none. In a pathetic demonstration of how the world has treated this preternaturally nice guy, the poor sap is left calling random acquaintances from university and high school, just to find someone who can serve as his wedding wingman. Enter Jimmy Callahan (Kevin Hart), a shyster who has made an unlikely business out of hiring himself as a best man to friendless grooms. He’ll learn a lifetime’s worth of trivia about the groom in order to fake the friendship, and his toasts are legendary. (Conveniently, no one ever wonders why they’ve never met him before the wedding, then never see him again.) Doug’s predicament is a bit more dire, as he also needs to fill out an entire contingent of seven groomsmen. To pull off his most difficult assignment yet – nicknamed “the golden tuxedo” in Jimmy’s “line of work” – Jimmy will not only have to inhabit the role of Bic Mitchum, a priest serving overseas in the military (according to Doug’s lie), he’ll also have to scrounge up his shady friends to play Doug’s lifelong buddies. 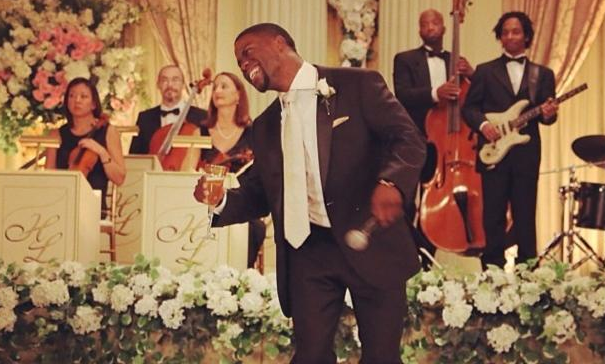 The problems with this scenario are too numerous to delineate, but none of them would matter much if The Wedding Ringer were funny. Yet the script by Jay Lavender and director Jeremy Garelick contains so many played-out gross-out jokes (dogs biting penises, grandmothers catching on fire) that you can almost see the actors cringing at having to execute them. You feel especially sorry for the lovable senior citizens who must endure this nonsense, such as the comic treasure Cloris Leachman (the aforementioned burning grandmother) and NFL great Joe Namath (who participates in cinema’s least dignified game of mud football). Talented twentysomething Olivia Thirlby also seems surprised to be on hand.

The odd thing about The Wedding Ringer is that it actually has a heart, and when it locates it for a moment, the movie can put forth a likable, if predictable, message. Nobody goes to see The Wedding Ringer for the moments of introspection, though. They go for the laughs, and without any, it’s as sad as a nice guy without friends.

The Wedding Ringer’s “something borrowed” is the similarity of its title to the charming 1998 Adam Sandler-Drew Barrymore vehicle The Wedding Singer. But even late-era Sandler, with its laziness and smirking vulgarity, would be a step up from this mess.