"If that sounds like Apatow has forgotten how to be funny in the search for a more serious purpose, just try counting the number of times you laugh in this movie. You won’t be able to."

"We don’t really know who is going to go on this journey called life with us, or how people we assumed would be just glancing acquaintances come to mean so much more."

The five years Judd Apatow took between directing his last feature, Trainwreck, and The King of Staten Island, which opened last week in whatever Australian cinemas are not locked down, seems like an eternity for one of the biggest names in comedy this century. Whether as writer, producer or director, Apatow has associated his name with hit after hit after hit since the clock struck 2000. However, as recently as Trainwreck, he was content to continue peddling lowbrow, slapstick bro humour – even when, in that case, his lead character was a woman. 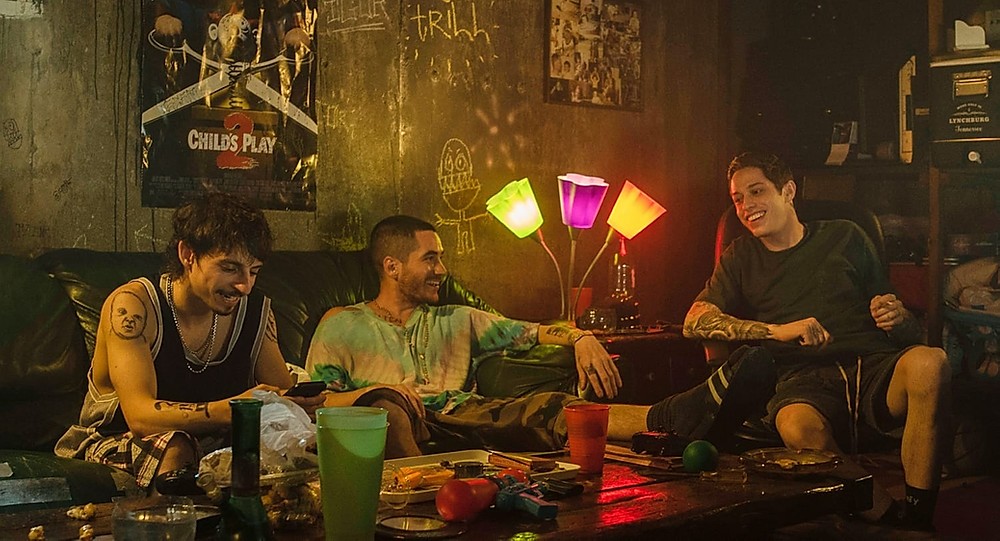 Maybe he took those five years to grow up. In partnering with Saturday Night Live cast member Pete Davidson, who co-wrote a script inspired by his own life, Apatow has delivered something far more mature than we might have considered the king of dick jokes capable. The King of Staten Island is a perfectly calibrated and utterly true portrait of a mid-20s screw-up who never got over the death of his firefighter father. If that sounds like Apatow has forgotten how to be funny in the search for a more serious purpose, just try counting the number of times you laugh in this movie. You won’t be able to.

Davidson, generally a bit player on SNL, made news a couple years back when he posted on Instagram that he was considering suicide, enough for New York City police to do a wellness check on him. (He was at the SNL studio, safe and sound.) That should also be anathema to comedy, but Davidson has grown in visibility since then and has now written about one of the things that has surely contributed to his depression: the fact that his own firefighter dad was killed on 9/11. The character he has written for himself here, combined with the best cast of the year, has reminded us that comedy and tragedy are kissing cousins. When one illuminates the other, they are both the better for it.

Scott (Davidson) is a would-be tattoo artist living in his childhood home with his mother (Marisa Tomei) in that most regularly dissed of New York City boroughs, separated from lower Manhattan by the famed Staten Island Ferry. “Would-be” is certainly the right term; the tattoos he’s given to his unwitting mates leave Barack Obama looking like a Picasso painting, and include a cat with the guy’s belly button for a butthole. A nine-year-old kid walks up to them while they’re hanging out at the beach, willing to be his next victim, but runs off in pain before Scott has completed more than a line of his artwork on the kid’s shoulder.

Fast forward a couple hours, and the kid’s dad, Ray (Bill Burr), is giving his mother an earful for this neglect of her duties as parent. That’s par for the course with Scott, who is actually 24, but acts like he needs some parental supervision. He spends his days smoking weed with his mates while his sister, Claire (Maude Apatow), has her act together and is heading off to university, leaving him to fend for himself. Now Scott must face up to what the hell he’s going to do with his life, whether he’s going to make more of a commitment to his friend with benefits Kelsey (Bel Powley), and whether he can withstand an unexpected relationship with the dad of the kid he tried to tattoo – who is a firefighter, just like Scott’s dad. 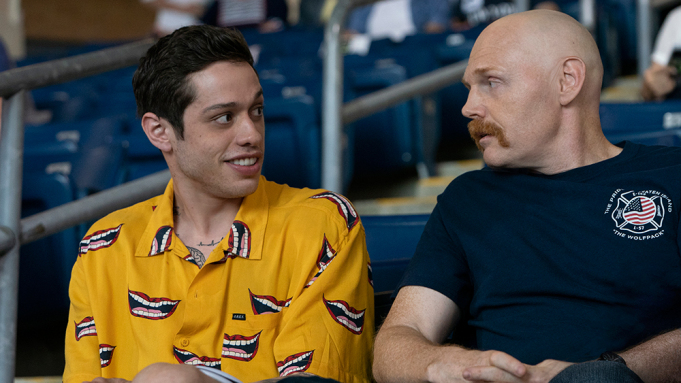 The King of Staten Island goes off on tangents the way life goes off on tangents. It establishes the set of characters we’re going to follow, then mixes them up and branches them off in unexpected ways. It continues to focus on Scott, of course, but it gives him strange bedfellows for a story that encompasses a lot and feels really lived in. We don’t really know who is going to go on this journey called life with us, or how people we assumed would be just glancing acquaintances come to mean so much more.

Apatow is known for bloating his comedies well past the two-hour mark, and Staten Island is no exception – unless the exception is to contest the idea that it’s bloated. The 136 minutes Apatow gives to Scott, his family and his friends has the effect of really allowing us to get to know them, like you might over the course of eight episodes of a 30-minute TV dramedy about the life of a comedian. That Apatow accomplishes as much as he does in “only” 136 is the takeaway here, not that he goes on too long. And since Staten Island doesn’t feel like “only” a comedy, the length feels natural rather than tedious. 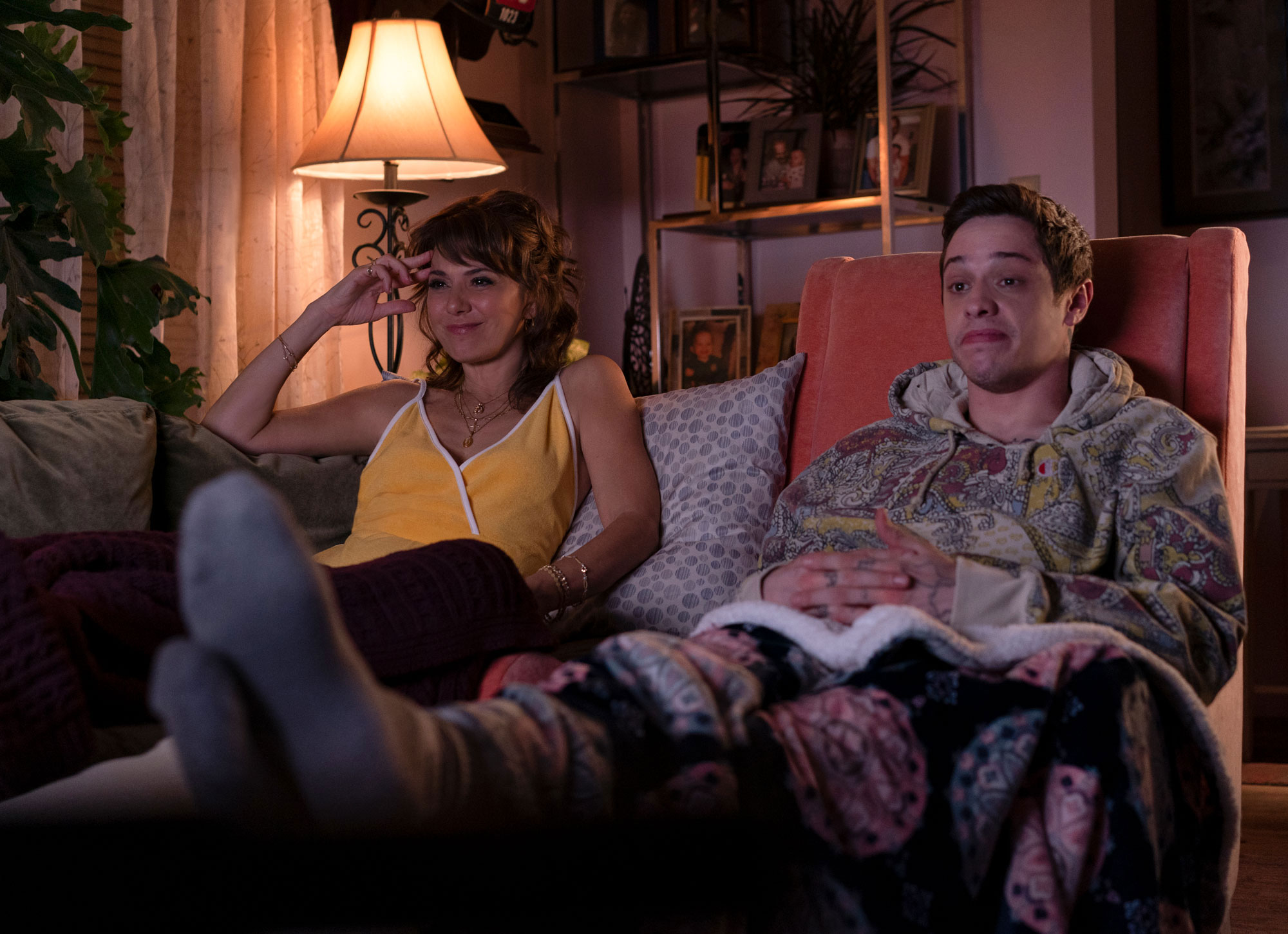 It isn’t “only” a comedy, but it sure is one. The basement banter between Scott and his friends is priceless; they’re total dickheads, but their shortcomings are endearing, and for the most part their perspectives on the world are generous. When you see what they’ve allowed Scott to do to their bodies, you realise also what good friends they are. There’s also firehouse banter, prominently featuring Steve Buscemi. Banter is the lifeblood of this film, really, as Tomei – who has become an absolute MVP veteran professional – has great back-and-forth with anyone with whom she shares the screen. In a film that has nothing but love for New York character archetypes, she’s the grand dame.

The actress who seems to get down the essential rough-around-the-edges Staten Island charm like no other, though, is not even an American. Bel Powley is a revelation as Scott’s booty call Kelsey, and she’s from England. In many movies this character would be written as a nag, but again Apatow and Davidson – and Powley – surprise us. She’s not issuing ultimatums to Scott, but she puts her spitfire personality to other good uses, and is nothing short of delightful – basically the heart and soul of the film. 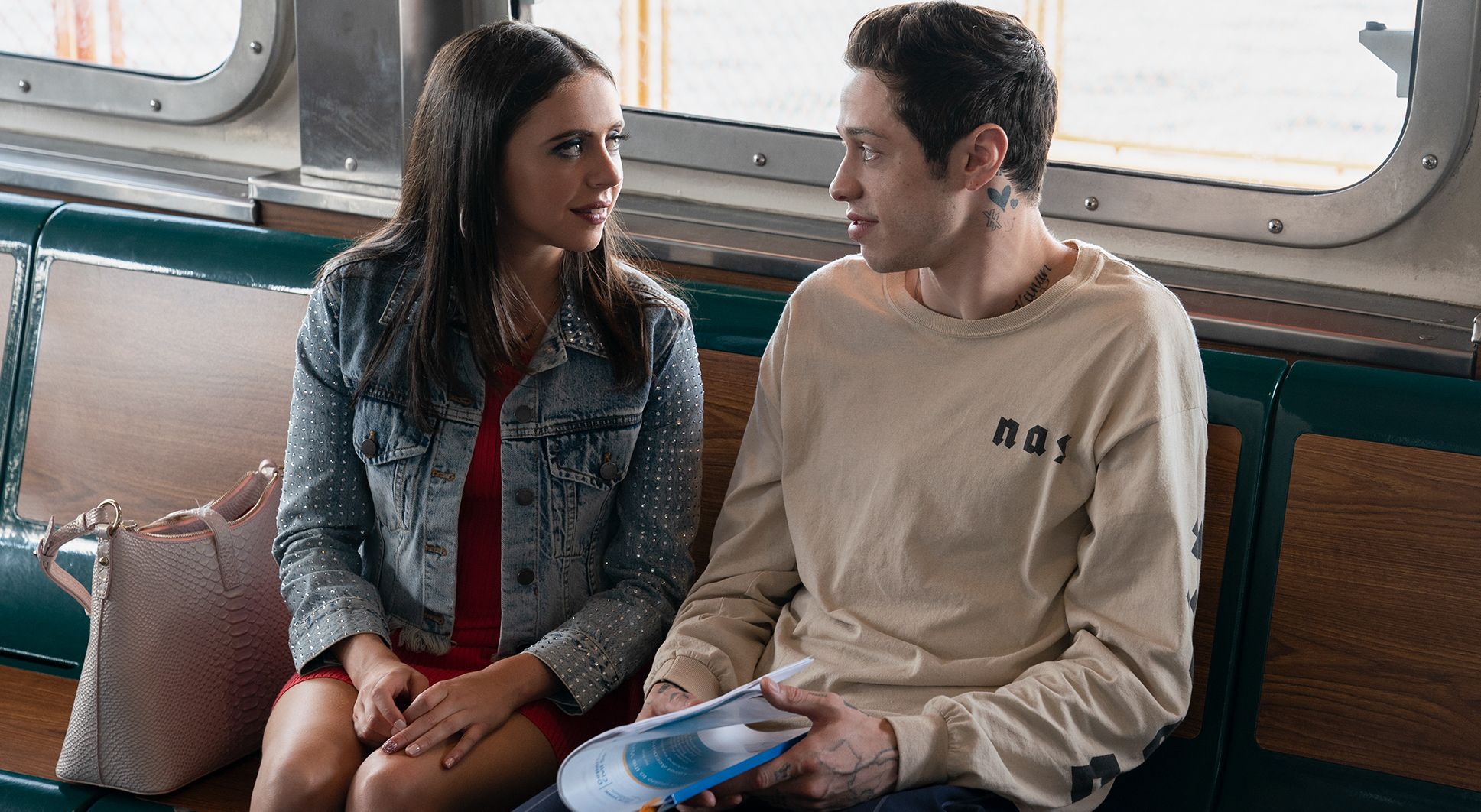 Then there’s Davidson himself. His recurring character on SNL is a guy who just says “M’okay!” throughout sketches as other characters provide 95% of the dialogue. But he’s far from verbal minimalism, and he puts on a real show here. Yeah he’s a screw-up, but his screwed up thoughts come from a real place. By understanding the character so well, Davidson gives a totally believable and sympathetic performance, one that perfectly ushers him along a path to growing up and learning how to become himself. 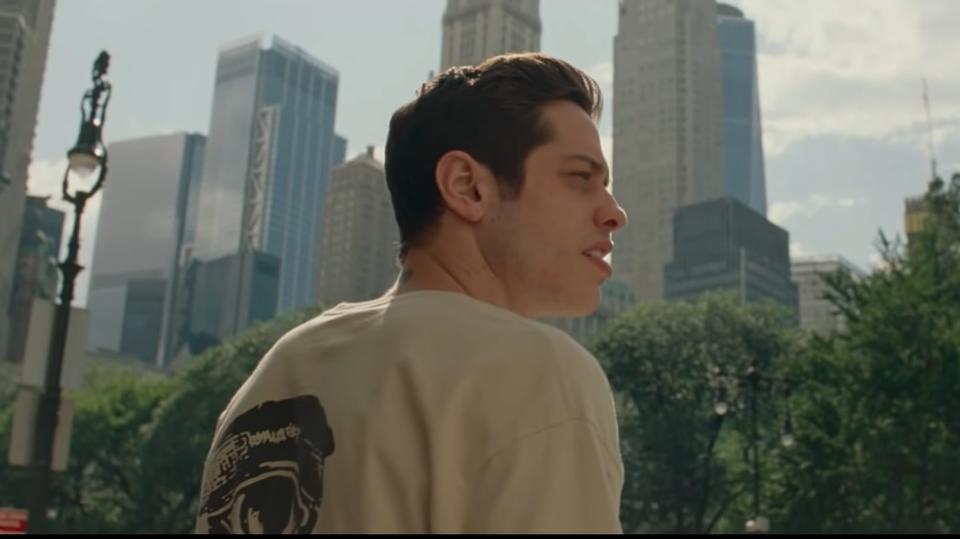 And his screw-ups are life-sized, which is maybe the greatest sign of this movie’s maturity. The poster for The King of Staten Island shows Davidson, shirtless, revealing his tattooed torso as he stretches out his arms in an “Are you not entertained?” gesture. He’s also standing on top of a car. It’s a good sales job – or maybe a bad one, since it suggests this movie has a totally different tone than it does, and nothing like this ever actually happens. The things that do happen are hilarious, touching and real. They make for not only the finest film in Davidson’s young career, but also in Apatow’s not-so-young one.