"...there are no innocent souls here, and any with claims on innocence will quite obviously come to no good."

"Macbeth has never seemed particularly enlightened on the topic of gender politics, and Lady Macbeth can be accused of the same shortcomings. "

Monstrous behaviour is nothing new. That shockingly obvious statement probably requires some expanding on. Even when Shakespeare wrote the play from which Lady Macbeth takes its name, it was not new; it was thousands of years old even then. Provocative art, however, forces us to grapple with monstrous behaviour as though we’re experiencing it for the first time. It causes us freshly to consider the horrors humans can do to one another when motivated by greed, jealousy and hatred. Whether this grappling is good is debatable, and is a function of whose artistic hands we’re in.

The feature debut of acclaimed theatre director William Oldroyd, Lady Macbeth is an adaptation of the novel Lady Macbeth of the Mtsensk District by Nikolai Leskev. Neither this nor that is a direct adaptation of Shakespeare’s play, but all three look deep into the dark soul of a woman capable of unspeakable things, and her conspiratorial puppet who’s guilty of the same crimes, but without the Machiavellian deviousness to have hatched them. The film introduces a psychosexual dynamic into the broad strokes of Shakespeare’s text, one which blurs the line between victimizer and victim. In truth, though, there are no innocent souls here, and any with claims on innocence will quite obviously come to no good. 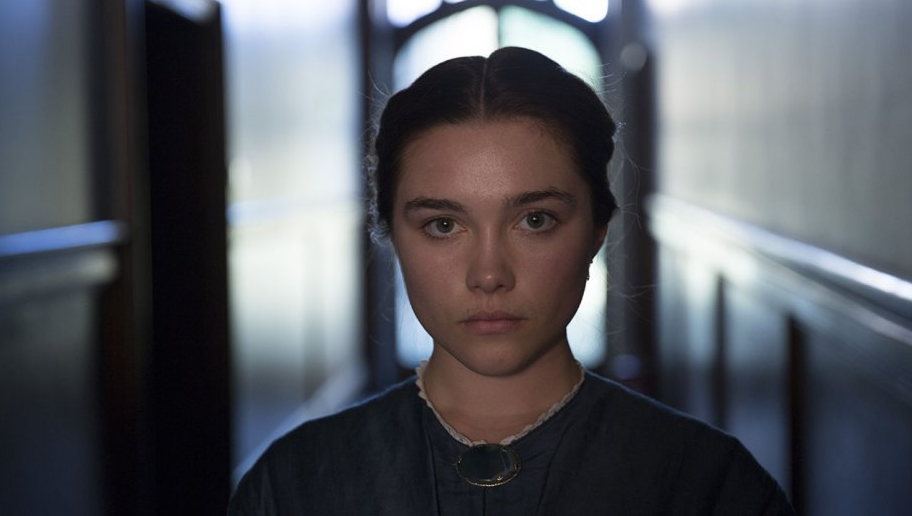 The story is set in England of 1865, on the estate of two generations of rotten men – the father, Boris (Christopher Fairbank), and his son, Alexander (Paul Hilton). Alexander is married to Katherine, a woman who looks so young she could be a child bride; the actress playing her, Florence Pugh, is only 21. Several references are made to the fact that she has been “bought,” and in truth, Alexander treats her like a possession, humiliating her by making her disrobe and then pleasuring himself from across the room. What she isn’t getting from the marriage she gets from the new stable hand, Sebastian (Cosmo Jarvis), himself no male role model as he takes a perverse pleasure in sexually assaulting the maid (Naomi Ackie). When the father and the son are both called away on business, it allows their affair to flourish recklessly, leading to numerous depraved strategies to allow it to continue once the landowners return.

If this film is going to concentrate on a monster, at least it’s chosen a charismatic one. Pugh has a quiet intensity about her that’s unnerving. Initially she has our sympathies, coming across as the casualty of a malevolent patriarchy bent on abusing and discarding the fairer sex. Gradually, though, we realise she’s every bit the cynical opportunist they are, making her loyal maid take the blame (and the subsequent punishment) for drinking all the lord’s prized wine, for example. She’s not a delicate flower just trying to survive a bad situation. She’s a spiteful, sardonic deviant who may abhor this system, but at some point in the past has sold her soul in ways that are only hinted at, in order to be a part of it.

Macbeth has never seemed particularly enlightened on the topic of gender politics, and Lady Macbeth can be accused of the same shortcomings. Without any understanding of what has driven her to this place, we can only guess at her motivations, and there’s at least some suggestion (as there is in Shakespeare’s play) that her gender itself is to blame for her wicked ways. This Lady Macbeth doubles down on the crimes of her Shakespearean namesake, while feeling less than half the guilt – or possibly, none of it. This tends to worsen the problem of her representation as a character. Fortunately, as indicated earlier, Pugh is such a watchable presence that while we certainly don’t root for her, we can’t take our eyes off what she might do next.

The things she does, though, are part of what make Lady Macbeth a difficult sit. Oldroyd really wants to provoke with this material, and he’s succeeded in doing so. One way to skirt the age-old problem of breathing life into a period piece is to breathe death into it, to shock our sensibilities and overturn our expectations. There are times when Oldroyd seems to take inspiration from someone like Lars von Trier, only von Trier would be far more sadistic with the suffering inflicted on the woman, rather than the suffering she inflicts on others. Some of which is so extreme that it strains all credibility. 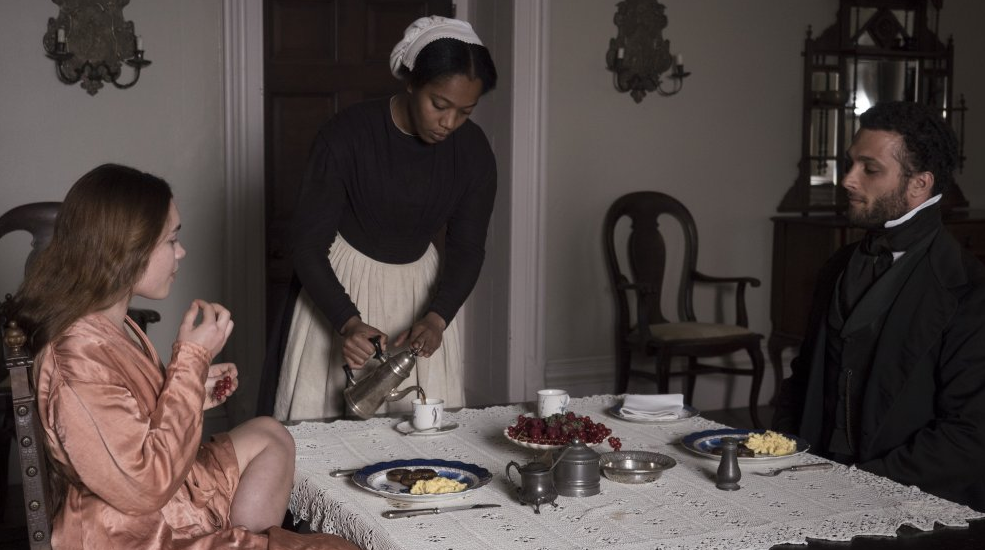 So we’re left really puzzling what we’re meant to make of this woman, or how we benefit from considering the depths to which she’ll stoop. Oldroyd’s confident technique confuses our judgements further. The gruff, minimalist world he’s given us is reminiscent of that provided by Andrea Arnold in her 2011 adaptation of Wuthering Heights, and it seems like too much of a coincidence that the main character here is also called Katherine (spelled with a K rather than a C), in a forbidden relationship with her own swarthy Heathcliff. But romance is the big difference between the two. While most adaptations of Emily Bronte’s novel fairly swoon with the star-crossed agony of Catherine and Heathcliff, there’s little love to be had in Lady Macbeth, even when characters profess it to one another. Animal magnetism and id are far more prevalent, and they leave us without anyone to relate to. There are no better selves here.

That this film has been received rapturously at Toronto and Sundance indicates that many viewers – or many critics, at least – find its provocations enriching. If you go to the movies to escape the misanthropy of our world, rather than to plunge down into it, you may disagree.