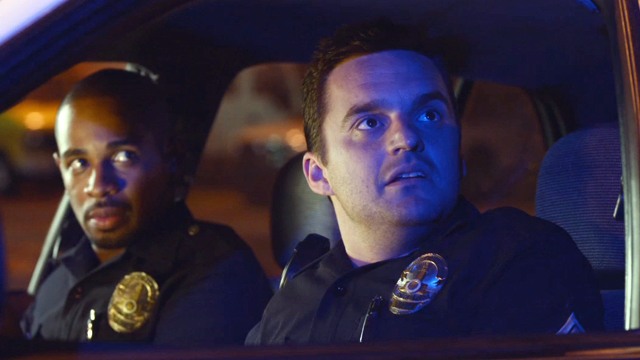 Sometimes you set your expectations fairly low, but hope for the best. Sometimes this pays off. I never expected Let’s Be Copsto become one of my favourite comedies of all time (from a completely subjective standpoint, it’s style of humour is not really to my taste), but I was surprised. Directed by Luke Greenfield, one of the producers of the successful Role Models (2008), Let’s Be Cops is by no means the worst comedy Hollywood has ever produced – but it could have been better.

Ryan (Jake Johnson) and Jake (Damon Wayans Jr.) are best friends struggling with life in L.A. Jake is a video game designer with a career going nowhere, and Ryan is a failed footballer who spends his days at the park trying to coach local kids. They’re about to give up and move back to Ohio, when they attend a costume party dressed as policeman. Their uniforms are incredibly realistic, a fact the two realise when people on the street treat them as real cops. Revelling in the new sense of power, the two soon become involved in more than they bargained for when they get mixed up with crime syndicates and dangerous situations.

Part of the reason this film wasn’t completely atrocious is that while Ryan and Jake make stupid decisions, and aren’t the brightest, they aren’t completely reprehensible. There’s something every so slightly endearing about the way Ryan jumps at the chance to do something worthwhile, as he sees it, even though he does take the opportunity to have fun without consequences (in scenes that will induce a lot of eye-rolling). Jake, the more cautious of the two, often goes along with his friend, and Johnson and Wayans have some nice on screen chemistry. Their interactions definitely provoked a few chuckles. 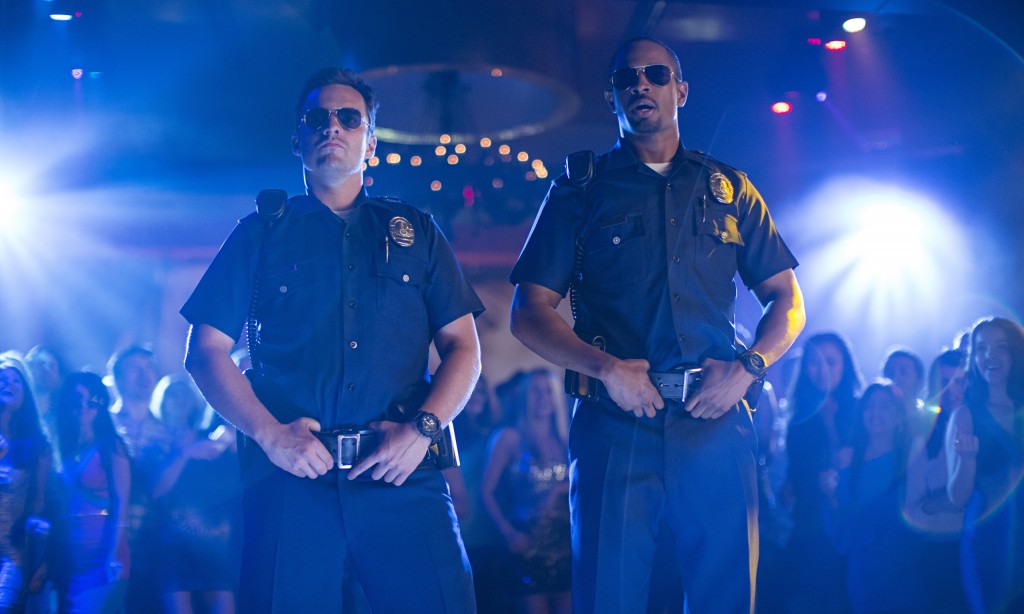 The sad thing is that the film offers nothing new or revolutionary. Sure, it’s a ‘buddy cop’ movie where the two leads aren’t real cops, but that’s about it. It balances a fine line between action and humour (the final act action sequences were quite entertaining), but the middle section of the film lags and feels overlong. Certain stylistic choices feel out of place and jarring – emails and texts on screen are apparently trickier to get right than you might think. And there aren’t enough laughs for it to be called a smash comedy success, with the film often falling back on tired clichés, stereotypes and poor female characterization. It’s certainly not as bad a many films in that regard, but it’s disappointing that this is what popular comedy seems to look like.

Whilst it is well acted by Johnson and Wayans, and there are a few laughs and smiles to be had, overall Let’s Be Cops is lacking. Fans of this style of humour may find something more satisfying in the experience, but the price of a ticket could be better spent.