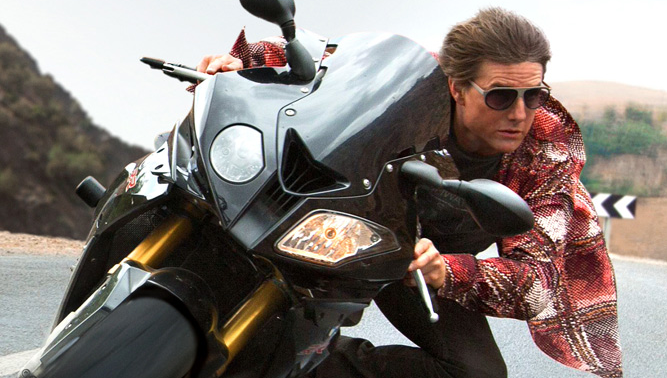 Within the beloved micro-universe of espionage cinema, into which there are a disproportional number of entries being released this year, the Mission: Impossible franchise occupies ambiguous territory. It has neither the rich history of Bond to ensure longevity nor the sleek aesthetic of Bourne to imply genuine quality. If there was ever another franchise to which the adventures of Ethan Hunt could be most aptly compared it would no doubt be the Fast and Furious films, or at least the recent, more self-aware entries in that series. This isn’t a slight on Mission: Impossible but rather a reluctant endorsement of the FandF films, which have, at various points of the series’ lifespan, had me astonished regarding my own enjoyment of them. Entertainment is paramount and there’s little room for anything else. There’s something refreshing about how unashamedly fun it all is. There’s also the concern that if it isn’t expertly executed then each entry runs the risk of losing itself in the relentless torrent of big, stupid action films that are released every year without hesitation or mercy. Good big, stupid action films are actually not as stupid as the onscreen events might have you believe.

Christopher McQuarrie’ s Mission: Impossible – Rogue Nation, the latest film in the series, gets a lot right that the Mission: Impossible films usually don’t and then makes mistakes that they’ve been making for years. There’s an admirable sense of classicism to the film. At it’s best Rogue Nation feels like espionage the way Sean Connery used to do it. At it’s worst it feels like any other weakly constructed action film. Like Bond, each film is almost entirely detached from the previous entries in terms of plot and development. The only real link between stories is the characters, and even then character development has been absolutely absent since Brian DePalma’s Mission: Impossible (which was released almost twenty years ago, if you can believe it). The word ‘absent’ is intentional. There has been zero character development, even for Ethan Hunt, since the failed operation in Prague that opening De Palma’s original in 1996. Even Leone’s Man With No Name conceded a few moments of progression. 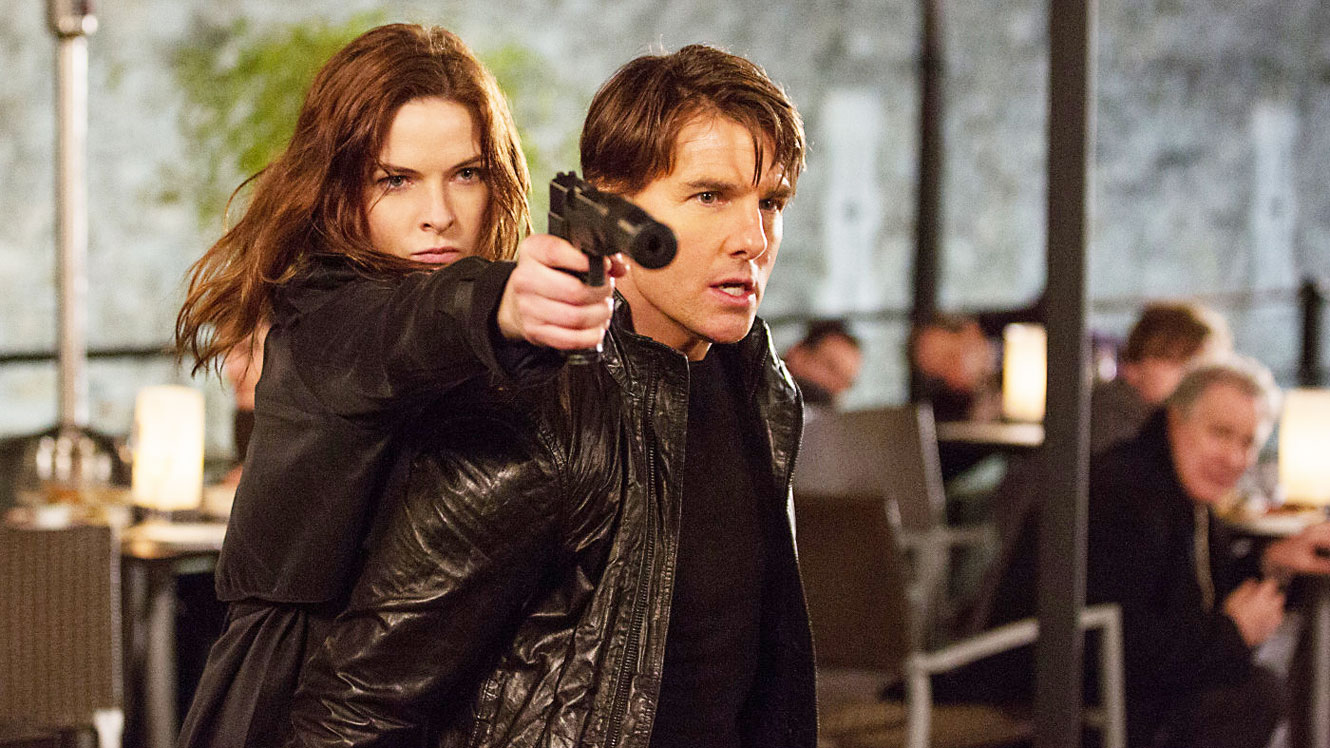 After the IMF is forced to merge with the CIA, operative Ethan Hunt (Tom Cruise) goes off the grid to single-handedly uncover and bring to justice The Syndicate, a renegade espionage corporation (an “anti-IMF”, we’re unnecessarily explained by maddeningly condescending screenwriters…) which is dedicated to enforcing a new world order through a series of meticulously organised terrorist attacks. Sought out by The Syndicate and the CIA alike, Hunt brings Benji (Simon Pegg), Brandt (Jeremy Renner) and Luther (Ving Rhames) into his one-man operation, because friendship annuls vocation in the world of professional espionage,

Plot has always been the series’ most prevalent weakness. Without plot or character development, the focus of Rogue Nation is aesthetic and stunts, both of which McQuarrie does very well in this film. There’s nothing inherently wrong about spectacle exceeding narrative, although the risk of action fatigue is always a factor. There might be only so many times that an Ethan Hunt-centric action set piece is interesting, and by now there’s been quite a number of Ethan Hunt-centric action set pieces. That’s where Rogue Nation falters. Sure, it’s ostensibly about Hunt and co. tracking down The Syndicate, except it’s not really about that. It’s about the plane stunt and it’s about the motorbike stunts and it’s about the bit where Hunt needs to hold his breath for a long time. Those moments are all fantastic. It’s when McQuarrie forces focus on a plot that just isn’t substantial enough that Rogue Nation stumbles. It’s when he tries to take that plot seriously that it derails.

Rogue Nation is what it is, which is not a high point for the series but neither is it a low point. Aesthetically speaking, the film is a step in the right direction and Rogue Nation out-Bonds even some of the best James Bond films. But McQuarrie only has half of the self-awareness that a filmmaker requires to successfully manage a Mission: Impossible film. He knows he’s got the spectacle. But he thinks he’s got the plot.