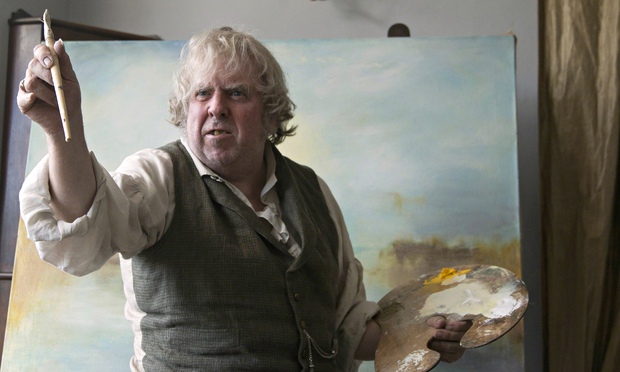 J.M.W Turner, the subject of Mike Leigh’s Mr Turner, is somewhat of a paradox, a clouded weave of beautiful and repellent. If art is subjective then Turner is the avatar for the old adage ‘beauty is in the eye of the beholder.’ Turner was a celebrity during his time and is recognised now as one great masters of British watercolour landscape painting. There’s certainly beauty to his work, but the man himself, as portrayed by Timothy Spall, is not an appealing person. A discord of wheezing, grunting and squinting, Turner spies on potential customers through peepholes, fornicates with his maid without a hint of affection and dismisses admirers with a brash arrogance that might not actually be entirely reflective of his disposition. When asked by devotee how he goes about the portraying the difference between a sunset and a sunrise, Turner quips ‘one is going up, one is going down.’

And yet despite his demeanour, there’s a gentleness to Turner. There had to be, surely, for his paintings to be possible. He has a loving relationship with his father, respect for the masters in his craft and an appreciation for the allure of personal beauty. “Mrs Booth,” he says to a women of unfortunate physical circumstance, “you are a woman of profound beauty.” Turner is a walking contradiction, an argument for possible harmony between ugly and beautiful. He sings a Purcell aria he admires to a young girl with the skill and delicacy of an intoxicated Tom Waits. It would take numerous viewings to even begin to decipher the kind of man Turner was. Perhaps it’s impossible. Leigh’s film is both episodic and long. There’s little narrative, rather its a snapshot of the man that Turner was, the way in which he lived his life and the standards of his life and his position. In the closing moments, we know a little of the man and perhaps even appreciate him somewhat, but his drive remains an enticing mystery. 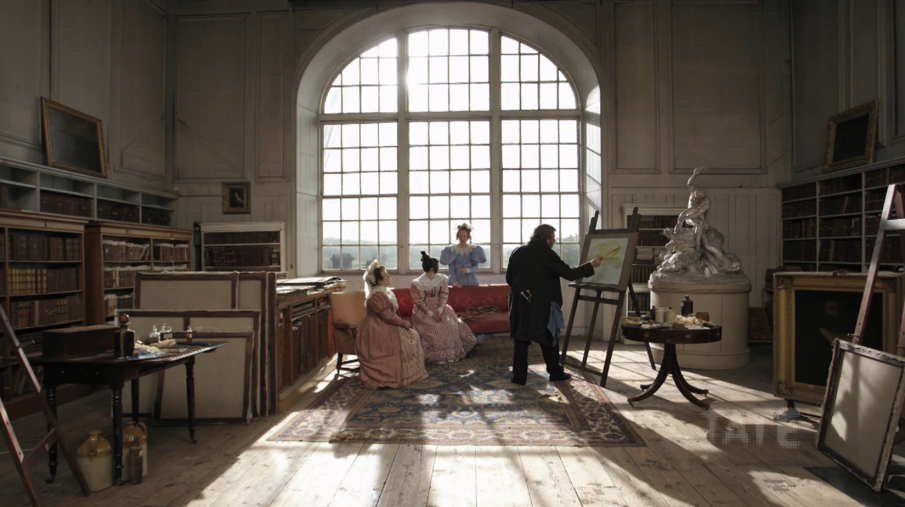 Leigh and regular cinematographer reportedly spent hours Dick Pope spent hours in the Tate gallery observing at Turner’s originals, his sketch books and colour pads, absorbing the man’s work. It’s a wondrous looking film, appropriately embracing landscape cinematography with astonishing beauty. Leigh’s films have never been particularly notable visually, but there are moments of incredible elegance in Mr Turner. Leigh directs with the confidence of a filmmaker in total command of his craft, despite a handful of less successful instalments in Turner’s life sometimes slowing the momentum. Spall almost teeters into caricature, but manages to avoid it with a confidence in Turner’s mannerisms and a willingness to embrace the unexpected. Without such a strong performance, the film wouldn’t have been nearly so successful, but Spall acts as a spine for a film that is otherwise throwaway scenes, small details and memorable cameos.

Like J.M.W. Turner himself, Leigh’s film is a complex mix of virtues and disadvantages and like art his worth is in the eye of the beholder. In one scene thanks a patron who suggests “we have successfully achieved the best effect,” regarding one of his paintings. In another he takes issue with a young man’s dismissive critique of a master. He is the sort of man who will strap himself to the mast of a ship during a snowstorm for the sake of his art but deny the existence of illegitimate children with callous disregard. There’s a fascination with the elements that may dictate his disenchantment with humans. Leigh doesn’t try to solve J.M.W. Turner, but he does encourage reflection.