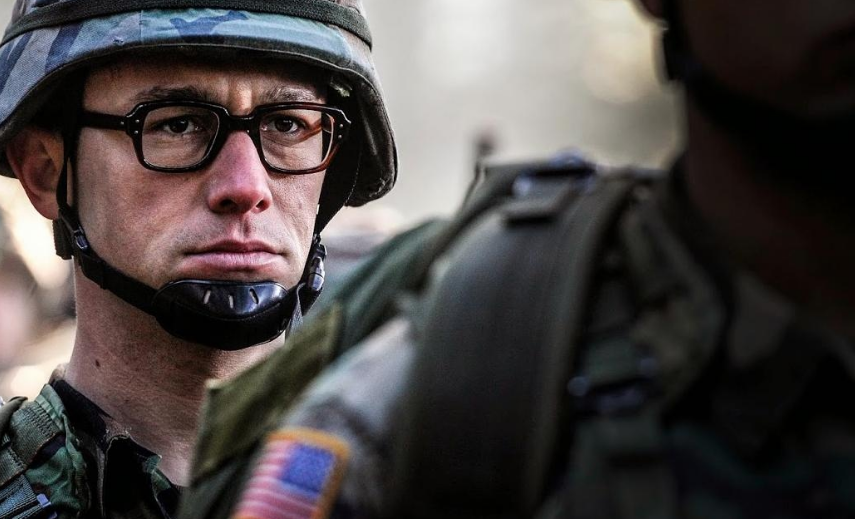 It’s been a long time since an Oliver Stone film has been “an Oliver Stone film.” In the 1980s and 1990s, Stone made his name on epics examining America’s recent history through a liberal (lower-case L) prism. This approach both earned him praise and eventually turned him into kind of a parody of himself, but at least the films had a purpose. That purpose has drifted in the 21st century, with films like Alexander, Savages and Wall Street: Money Never Sleeps not having all that much on their minds. Even the films that superficially resembled his earlier output, such as World Trade Center and W., have lacked the political bite we associate with him.

Just in time for his 70th birthday, which is this week, Stone has returned to form with Snowden, a film that feels topical and displays the techniques that once earned him the status of auteur. The film of course profiles Edward Snowden, the former CIA and NSA operative who designed some of the programs that allowed the U.S. government to spy on its own citizens through their emails and mobile phones, then blew the whistle on that same government in 2013, when his conscience got the better of him. What’s unusual about Stone’s approach this time is its sense of humanism. The film doesn’t take two hours and 18 minutes because the issues are so thorny that they require charts and on-screen graphics, though there is some of that. Rather, it’s because Snowden takes the time to paint a full portrait of Edward Snowden the man, and is much the better for it. 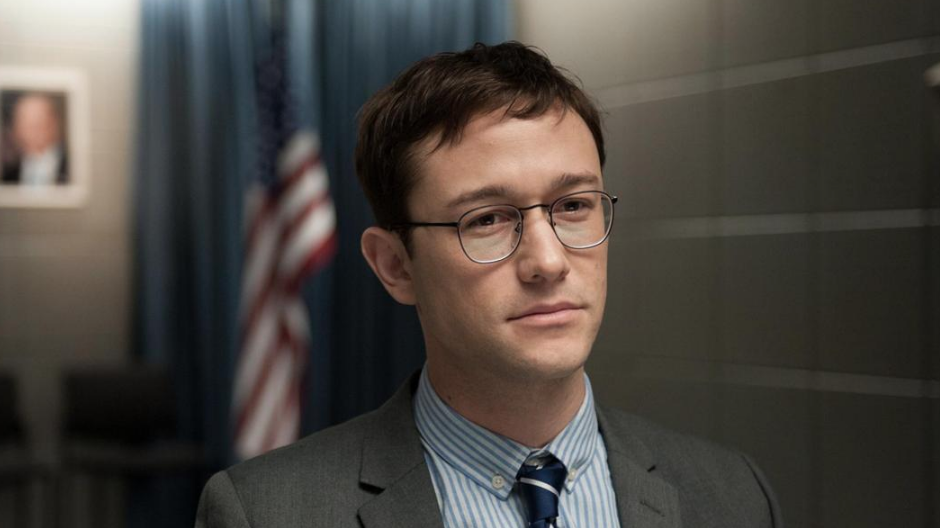 Snowden is played by Joseph Gordon-Levitt, who continues to prove himself an acting chameleon. The camera-shy introvert he plays here is as different as you can get from Philippe Petit in last year’s The Walk, an ostentatious Frenchman acrobat who walks between the towers of the World Trade Center. (Which, incidentally, provides an interesting connection to Stone’s body of work.) Both roles necessitated alterations to his normal speaking voice; there a playful French accent, here a wan and low-pitched tone, suggesting a head cold. That Gordon-Levitt fully convinces in both roles gives a full sense of his range. It’s not the film’s only impressive voice work, either. English actor Tom Wilkinson, so good as an Australian in Felony, produces an authentic Scottish brogue as the Guardian journalist who helped break Snowden’s story, and Welsh actor Rhys Ifans sounds born and bred on America’s patriotic plains as his CIA mentor, the type of glowering bigwig who comes to embody what Snowden’s fighting against.

These performances are an extension of Stone’s technical prowess, which has rarely been in question but has recently dropped down on the list of assets he brings to a film. Not only is that back with a splash, but Stone has figured out how to marry his technique with actual human warmth. What makes this profile of Snowden so involving is that we really meet the man. We follow him on a steady character arc from a grunt in the military who just wants to serve his country, to a genius analytical mind who figures out a new way to serve, to a man disenchanted with the conservative ideology that has brought him to where he is, to a man equally disenchanted with a liberal president he thought would make things better. He gets exposed to all manner of the government’s dirty tricks along the way, and keeping him grounded in the real world is his girlfriend, Lindsay (Shailene Woodley), who represents both a role model for his political change and an oblivious victim to a surveillance network that has overstepped its bounds. Lindsay is the human component of a man who might otherwise get lost in numbers and algorithms, and Woodley instills this character with all the joys and paradoxes of a real human being. We really care about their relationship because everyone involved has carved out the time in this story to make us care. (There’s also a lighter side of Stone on display here that includes throwing a bit comedic part to Nicolas Cage, who starred in World Trade Center.) 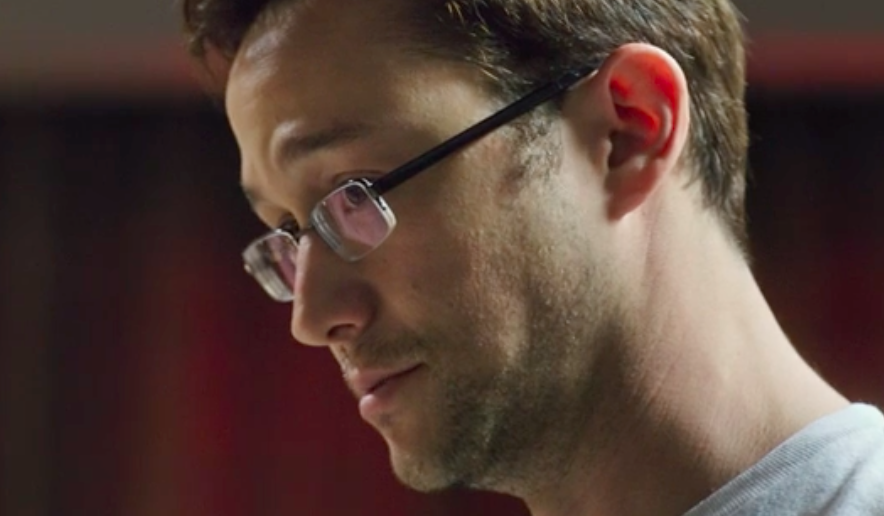 Stone’s trickiest balancing act is how the story he’s telling confronts his own political affiliations. You can argue that Barack Obama is a villain in any story in which Snowden is a hero, but Stone stops short of fully pointing a finger Obama’s way (though he was personally quite critical of Obama in the wake of Snowden’s revelations). Neither does he let the U.S. president off the hook, including headlines about how Obama actually expanded the surveillance programs that flourished after 9/11. Because he’s a shrewd politician with a keen eye for public relations, Obama has backed away from those programs in the wake of Snowden’s revelations, something Stone also acknowledges as an attempt to swing around toward a happy ending. In the kind of liberal viewpoint Stone is championing here, both Democrats and Republicans are too far to the right for his liking. This piece is about a broken system, not a broken political party – unless they are both broken. You do get the sense that Stone might have gone harder on the Obama administration if Snowden had not been coming out in a U.S. election year.

At its best the film also functions as a latter-day 70s paranoia thriller. There’s some real tension in scenes of Snowden trying to smuggle information in plain sight, and in the moments when he thinks he’s being watched. One can easily understand how paranoia can set in once you know how far down the rabbit hole goes. At one point, Stone creates one of the most memorable images of Big Brother ever committed to film, a giant head looking down on Snowden from a wall-sized video monitor during a Skype session, levelling veiled accusations and threats. Big Brother is indeed watching, and unlike in George Orwell’s 1984, this time it’s real.