"The swimming in Streamline is more like set decoration for this story of a broken family and its attempts to disrupt the cycle of abuse."

"What Streamline doesn’t have in narrative surprises, it makes up for in the specificity of its details."

Five-time Olympic gold medalist Ian Thorpe is an executive producer on the new movie Streamline, and the press materials say the story is inspired by the life of the Australian swimmer. Let’s hope they’re using the term “inspired by” as loosely as humanly possible. The fictional teenage swimmer in this film has an abusive father who was just released from prison, whereas a quick consultation of Wikipedia shows that Thorpedo’s dad was a promising amateur cricketer who “regarded enjoyment as the most critical aspect of his children’s participation in sport.” Perhaps the “inspired by” part was as simple as “we’re both swimmers, mate.” 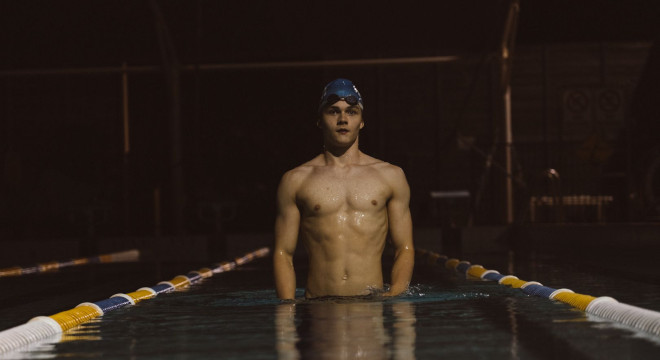 Tyson Wade Johnston’s film, his feature debut as both a writer and director, is also a sort of coming out party for lead actor Levi Miller, who is making the transition into adulthood after appearing in the likes of Pan, Jasper Jones and A Wrinkle in Time. Streamline offers a glimpse of the sort of determination it might have taken to forge a career like Thorpe’s, when the normal distractions of being a teenager are enough to steer you off course. How much harder must it be, then, when you’ve got a violent dad (Jason Isaacs) trying to make amends after a predictable later life affliction of regret, as well as two wayward brothers serving as additional bad role models.

Benjamin Lane’s mum, Kim (Laura Gordon), has been his real champion to date, the one who would wake up at 3:30 a.m. to shuttle him to practice, and make all sorts of sacrifices from her meagre income to help him realise his dream. Naturally, then, she’s the one who gets punished when Ben starts acting out following his dad’s release. After disqualifying from an important swim trial due to the distraction of his dad’s sudden appearance, Ben starts talking about quitting swimming entirely. He’s only too eager to call his mum’s bluff when she kicks him out, and soon finds himself under the flimsy roof of his dead-end brothers, who are starting to show signs of carrying on their father’s legacy.

In among this Ben has two other potential saviours. One is his girlfriend, Patti (Tasia Zalar), who keeps him tethered with his eyes on the prize more like a platonic mate would. Then there’s his coach (Robert Morgan), who knows Ben is this close to qualifying for the Olympics and could lose it all if his focus falters at this critical moment.

The swimming in Streamline is more like set decoration for this story of a broken family and its attempts to disrupt the cycle of abuse. That may come as something of a disappointment to anyone who knows Thorpe’s name is attached to the project, not to mention anyone looking for a fresh story. 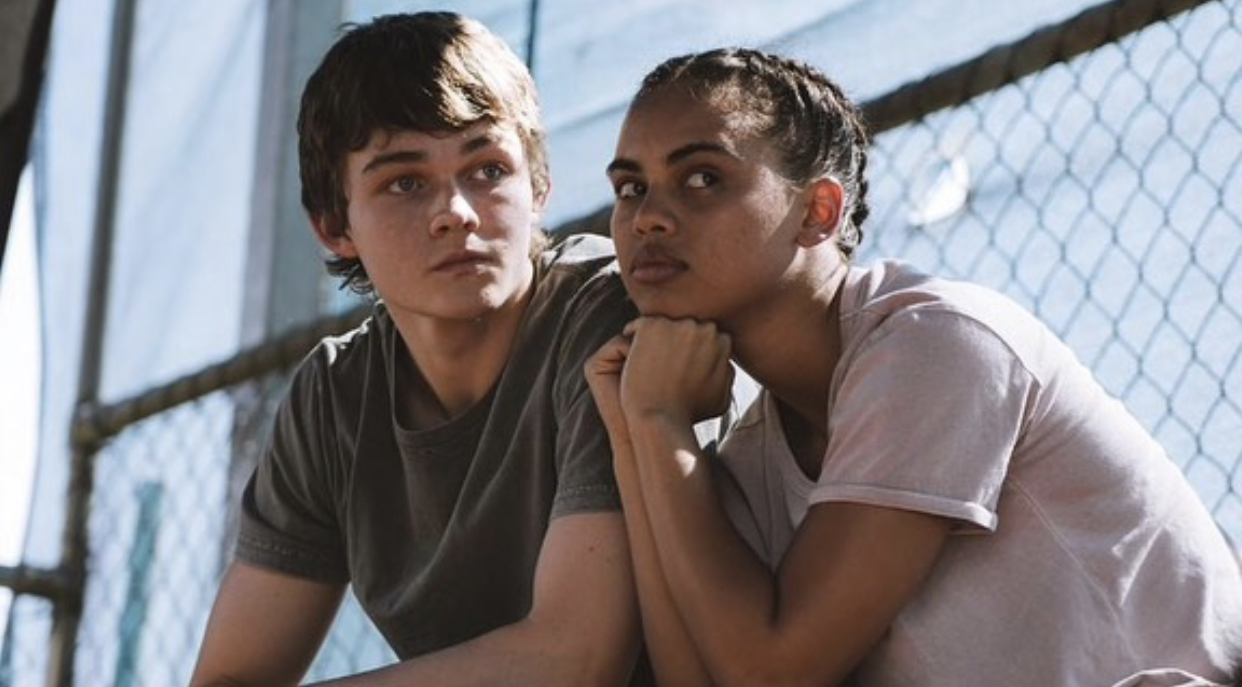 What Streamline doesn’t have in narrative surprises, though, it makes up for in the specificity of its details. We’ve all seen movies where Australian men wrestle with their toxic masculinity, but it’s the form this wrestling takes that gives the film a bit of distinction. Particularly chilling is Ben’s older brother, Dave (Jake Ryan), the one most likely not to escape this cycle or repudiate this toxicity. He’s menacing alright, but he doesn’t come by that through obvious aggressions or much actual violence. Rather, he emanates a sort of self-satisfied confidence whose eruption into fisticuffs carries tonnes of potential energy. The exception is a scene where he submits his father to the sort of humiliation he once experienced, a real indication of the ways the damage is inherited and the pain is always fresh.

Isaacs is also quite good in his role, as he knows he has no choice but to just take it. If he has any hope of getting back into his sons’ lives, he’s got to tamp down any of his own instincts toward reacting, which he does with the steady resignation of a newborn pacifist. 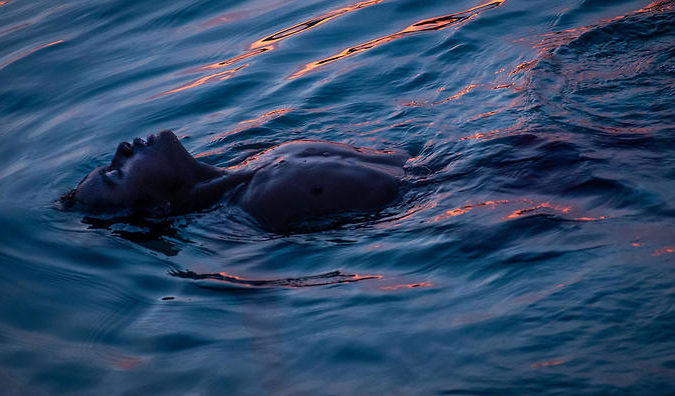 Johnston’s skill as a filmmaker is evident, if not distinguished as such. The photography by Michael Latham (The Assistant) is first rate as the film tends to be bathed in the sort of muted greens that recall an old aquatic centre. That said, it couldn’t be confused for Thorpe’s actual story as the film clearly takes place today, with characters using smart phones and watching swimming videos online. Given the minimal contribution of such technology to the story, it might have been less distracting just to do away with them and imply that the film takes place in a nebulous past. 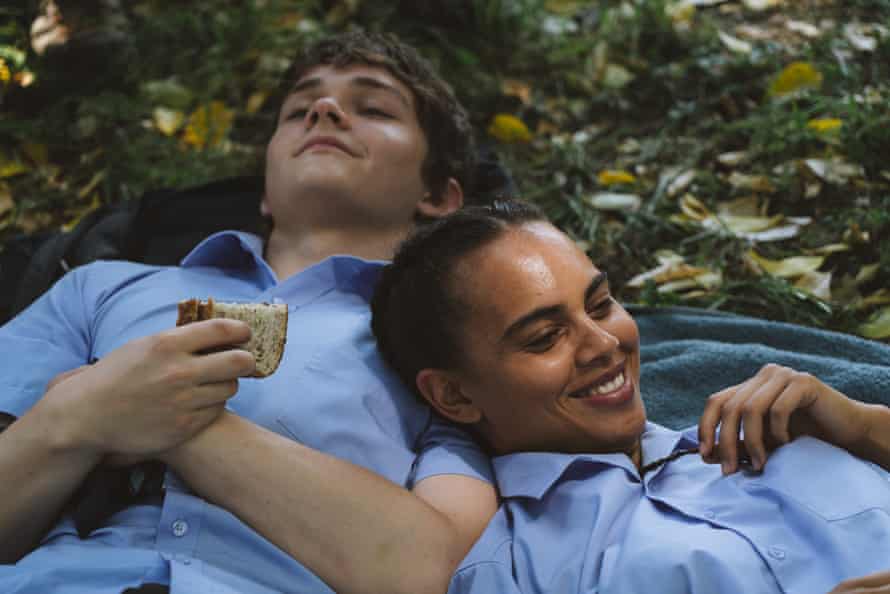 It isn’t any great surprise that Ben is going to probably get there, or some version of there, in the end, even without knowing that Thorpe considers this to be “inspired by” his own experiences. The journey Johnston takes us on is more designed to remind us to appreciate those who helped get us to where we’ve gotten, and forgive those who tried to stand in our way, if at all possible. It’s what Thorpe would have done if his dad weren’t a nice cricketer who just wanted his kids to have fun. Then again, Thorpe’s own well-documented struggles also remind us of something: that the pressure to be the best takes a toll, no matter what support tools you may have in place.