"You have to give audiences their car chases and their reminders of Ocean’s Eleven, I suppose, but it just feels like retrodden material."

"The Bad Guys starts out with immense promise about the non-traditional product it has the capacity to be."

Beloved Australian children’s author Aaron Blabey has gotten exported to the world with his Bad Guys series of graphic novels, which have been a New York Times bestseller — a great thing, since they deserve it, and so does he. Unfortunately, as with many international exports that get adapted into movies, they must get homogenised into something blander for the multiplicity of new palettes they must please. That’s the case with Dreamworks’ The Bad Guys, which brings the graphic novel off the page in credible ways, but lacks that certain something – otherwise known as heart. 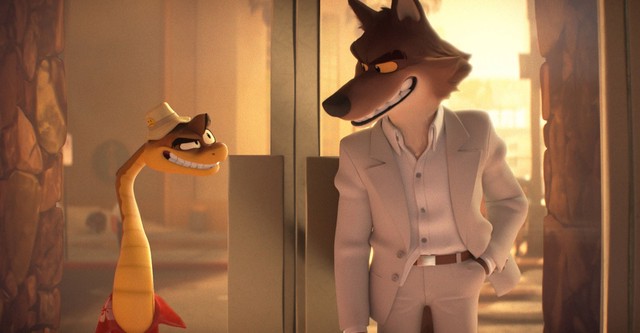 Maybe it’s not surprising that Blabey’s particular touch could not be duplicated on film. He starts his first Bad Guys graphic novel (there are now 15) rather unconventionally, with Mr. Wolf, Mr. Snake, Mr. Shark, Mr. Piranha and Mr. Tarantula (who has been gender-flipped for the movie) all aspiring to be good from the jump. They have been prejudged their whole lives as dangerous creatures who should be given a wide berth, which has led to lengthy rap sheets, but also, a desire to prove everyone wrong by saving cats from trees and liberating chickens from the factory where they expect to meet their demise.

That stuff has made it into the film – it’s guinea pigs instead of chickens – but we don’t get to it for quite some time, because first we have to show these bad guys being bad. So we have to start with a heist and a car chase, and only gradually does the desire to be good present itself through belated redemption arcs that run through the movie. You have to give audiences their car chases and their reminders of Ocean’s Eleven, I suppose, but it just feels like retrodden material.

The ultimate heist that their leader, Mr. Wolf (voice of Sam Rockwell), wants to pull off is to steal a golden dolphin statue that is presented annually to a local humanitarian. This year’s recipient is Dr. Rupert Marmalade (Richard Ayoade), a guinea pig philanthropist, whose British accent telegraphs his likely role in the proceedings. Wolf’s criminal mettle has also been challenged by Governor Foxington (Zazie Beetz), who doesn’t believe he and his cohorts present much of a threat, which makes them all the more determined to steal the award and prove their unrivalled skill at thievery. When Wolf prevents an elderly woman from falling down the stairs, though, his tail starts to wag involuntarily upon being praised for his goodness. It creates an internal conflict about the fierce creature he’s always been told he is, and the gentler soul that may be lurking within.

The Bad Guys starts out with immense promise about the non-traditional product it has the capacity to be. The opening scene is a conversation between Mr. Wolf and Mr. Snake (Marc Maron) in a diner, and if you blinked for a minute, you might think you were in a Quentin Tarantino film, only a lot more animated with a lot fewer f-bombs. The scene serves the function of exposition and character introduction, to be sure, but it’s also quirky and sharply observed, in a way you hope the whole film will be. 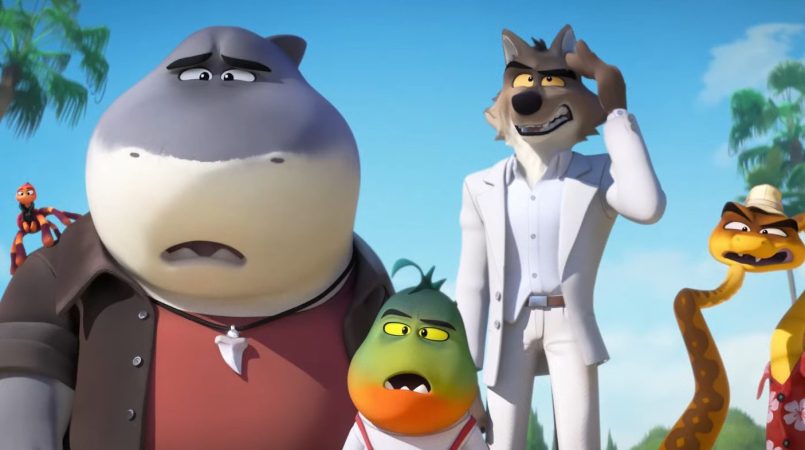 But the conversation leads them to jump in a car and speed off to a heist, and though that part also might resemble Reservoir Dogs, it’s then that things start to go a lot broader and more predictable. The other three characters introduced – tech wizard Tarantula (Awkwafina), master of disguise Shark (Craig Robinson) and, er, flatulent Piranha (Anthony Ramos) – never develop more than the most lightly sketched personalities, possibly because they get immediately caught up in a series of heist schemes that the adults in the audience have seen hundreds of times. The broadness extends to the police chief chasing them (Alex Borstein), an exaggerated hothead who has no corollary in the graphic novels and isn’t drawn very charitably.

Why deny children their taste of a good heist movie? Sure, but The Bad Guys had the potential to juggle the mainstream and Blabey’s distinct perspective much better than it does. That starts with the animation style, which feels fresh. The eyes of these characters are a slightly different component from the rest of the visual scheme, containing their own particular energy and helping straddle that line between the cartoonish and the semi-realistic. It’s unusual to get animated films these days that don’t feel like the direct descendant of a previous successful vision, and The Bad Guys really has that going for it. 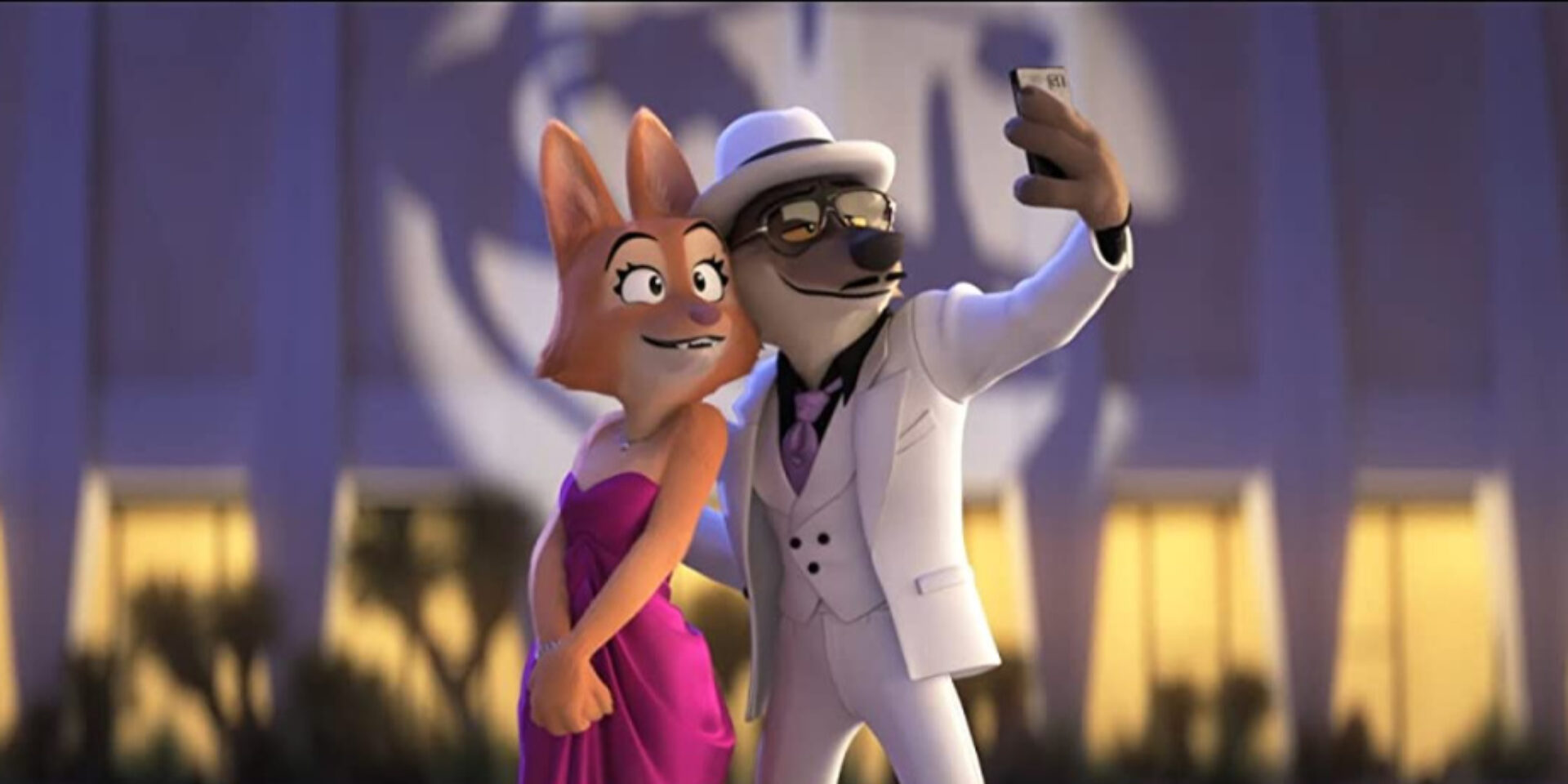 It’s Etan Cohen‘s script, then, that fails to do justice to Blabey’s original work. Over the course of 15 graphic novels, Blabey has taken his Bad Guys narrative to some truly kooky places. It clearly would have been biting off too much to try to go to those places in this first movie, but we need at least a sampling of them, otherwise those subsequent movies will never be made. They’ve got a good cast on hand and the animation is solid, but all the story choices feel uninspired. 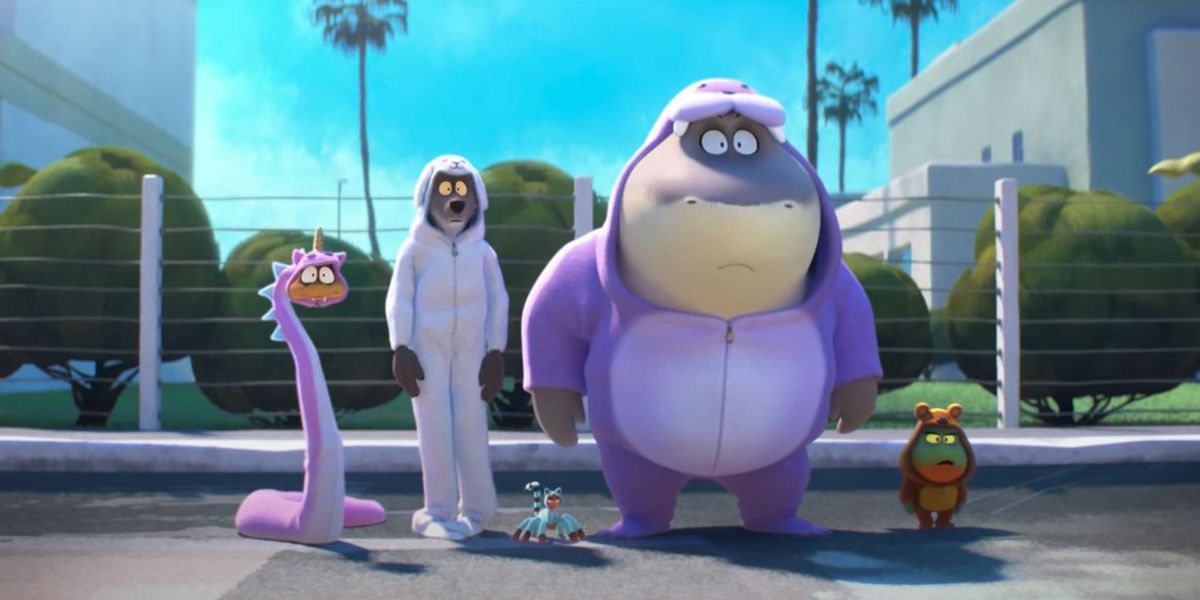 The Bad Guys doesn’t really try for social relevance either. The prejudging of animals based on the traits historically attributed to them is something Zootopia tackled back in 2016, and it took on those issues with a disarming sense of determination. The allegory is limp here, with so few gestures toward exploring what it might mean to judge a book by its cover that the kids might miss them entirely. Maybe it’d be better if it didn’t, you know, spend the first 30 minutes reinforcing those stereotypes, which Blabey sought to blow up from the very first page.

The Bad Guys is currently playing in cinemas.