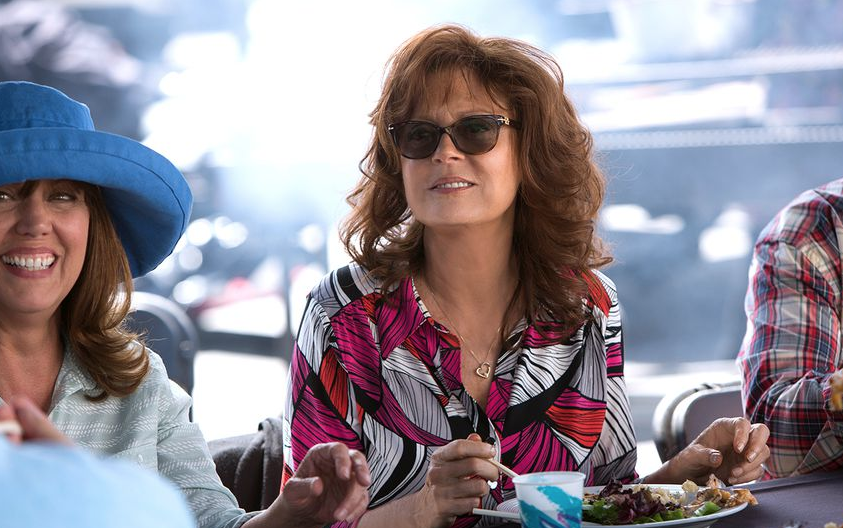 It’s the story of a brassy young redhead who took the showbiz world by storm, belting show tunes off Broadway until Broadway started to take notice. As this firecracker proved her charisma and popularity, she released a number of platinum albums and appeared in a variety of films, earning a couple Golden Globes along the way. To a legion of fans, she was truly the wind beneath their wings.

What? Oh sorry, I thought you said “The Midler.”

That might have actually been a better Bette. The Meddler is the type of quirky Sundance dramatic comedy that used to be a dime a dozen, until its excessively familiar rhythms outstayed their welcome and pushed the form to the brink of extinction. While some forgotten genres or subgenres come roaring back upon reconsideration, reminding us what we loved about them in the first place, others just illustrate the drawbacks of revisiting without reinventing. If The Meddler is any proof, the quirky Sundance dramatic comedy is that sort of a genre. (It actually played Toronto, not Sundance, but I digress.) 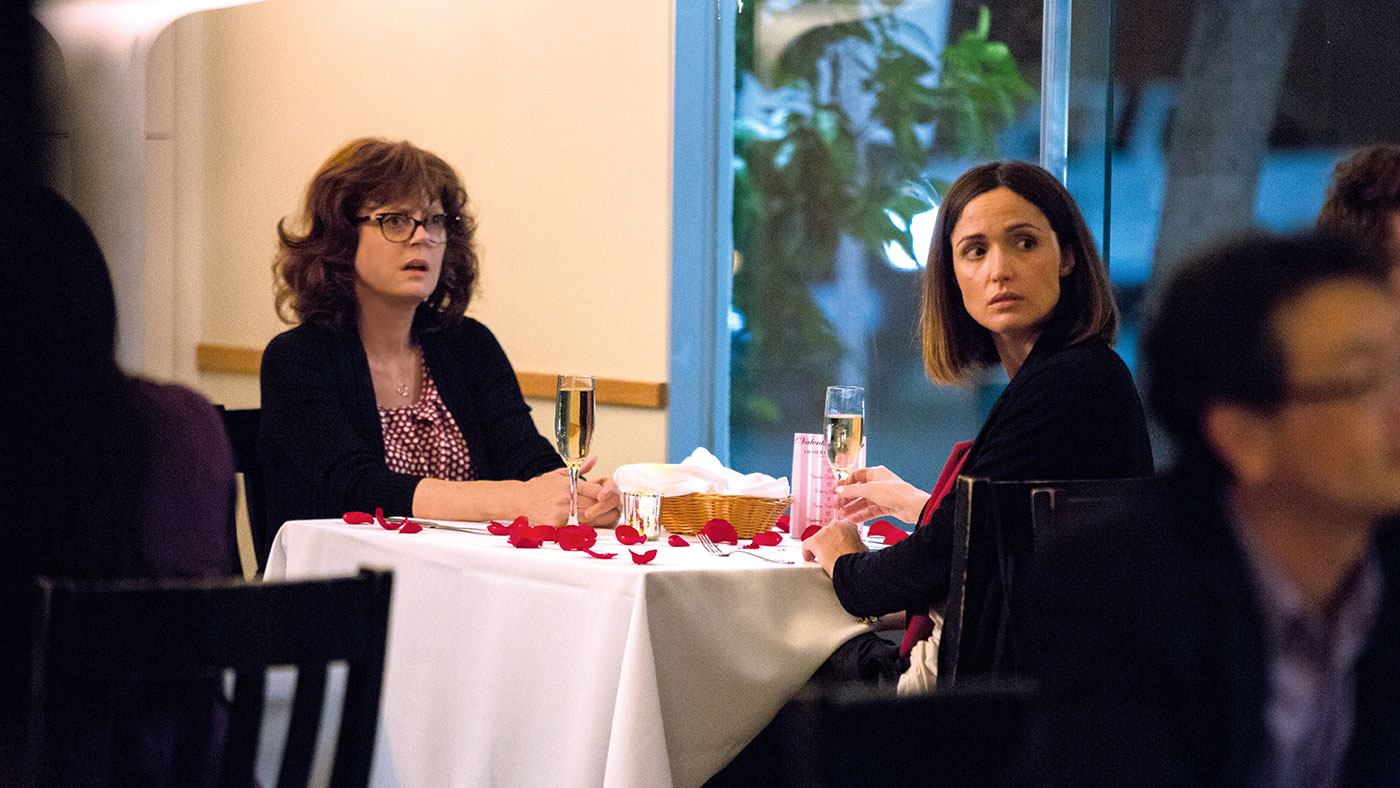 Plenty reenergised, though, is the star of The Meddler, 69-year-old Susan Sarandon, who is not going quietly into that cinematic night. She does play a widow, but she’s a spry and nimble one, kind of reinventing herself after the death of her husband. Her first step in that regard is to move from New Jersey to Los Angeles, to be closer to her daughter (Rose Byrne), a television writer mourning both the loss of her father and a failed relationship with a famous actor. Except her daughter doesn’t want her as close as Marnie wants to be. Lori would prefer to suffer in private and ends up screening her mother’s incessant texts and calls. Feeling rejected, Marnie turns to others who may actually appreciate her meddling, such as her daughter’s friend planning her dream wedding (Cecily Strong), a guy who works at the genius bar at the Apple store (Jerrod Carmichael), and a dying elderly woman in a hospital who gets no visitors (Jo Jordan). Despite being outwardly peppy, Marnie discovers she hasn’t come to grips with her own mourning yet, as she ends up rebuffing the romantic overtures of two different suitors (J.K. Simmons and Michael McKean).

The problem with The Meddler isn’t Sarandon, who is having the time of her life and sporting a very solid New Jersey accent. It’s Rose Byrne, or rather, the lack of Rose Byrne. You can find Byrne in nearly any theatre you walk into at the cinema right now, as she’s also appearing in Bad Neighbours 2: Sorority Rising and X-Men: Apocalypse. Of these three, The Meddler held the promise of showcasing Byrne at her best. Sadly, she’s barely in the film. Although the story appears to be constructed as a clashing of personalities and eventual reconciliation between mother and daughter, Byrne disappears for whole stretches while Sarandon has other adventures. Sarandon’s other adventures are generally delightful, but boy does this movie miss Byrne. Her character is criminally reduced to a half-dozen scenes, barely enough time to cook up any meaningful conflict between them and even less time to resolve it. The Meddler would not be the first movie advertised in a misleading manner, and sometimes that misleading advertising baits and switches us for our own good. But less Byrne is definitely less good, both from the perspective of personality and the perspective of plot. Without them getting to build up a chemistry, scenes that are supposed to have some accumulated stakes – like the characters laughing hysterically after a misunderstanding, then ending in tears – just seem false. 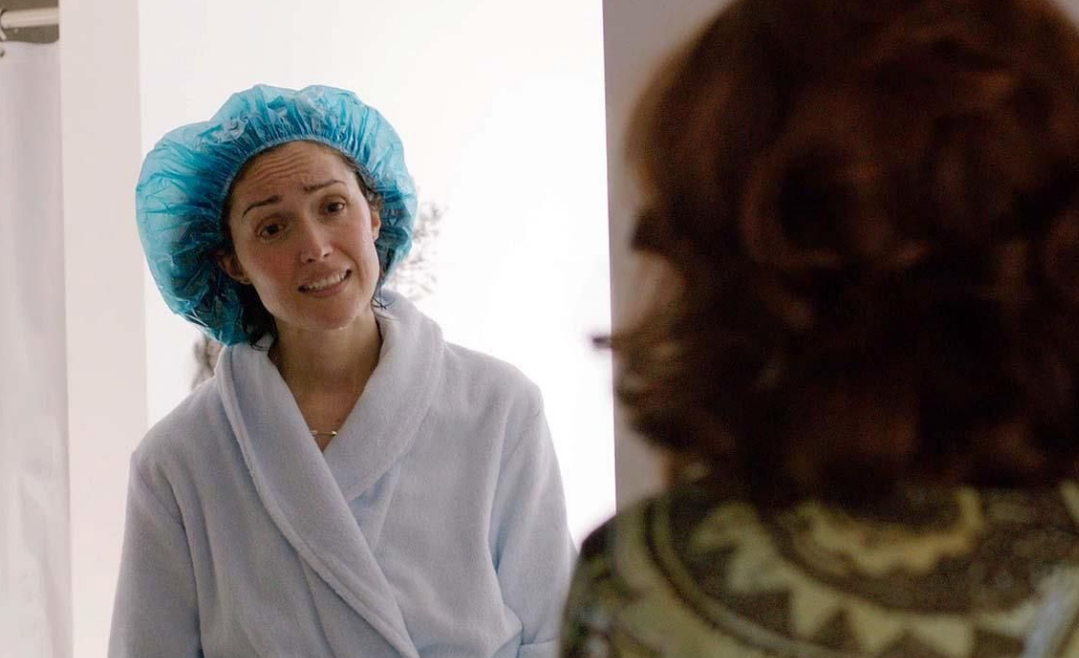 Fortunately, Sarandon has enough time to work up chemistry with some of the other characters. Doing his best Sam Elliott impersonation, right down to the bushy moustache, is J.K. Simmons, in one of his first roles since he won his Oscar for Whiplash. This is not award-calibre work as it’s little more than a Mr. Right role – Simmons plays a retired police officer who drives a Harley and plays guitar to his chickens – but he and Sarandon do really hit it off. She’s also got a sweet relationship with the surrogate daughter, the surrogate mother, and the tech wanting to attend night school. Still, these feel like tangents, disconnected from the story this movie should be telling as well as from each other. They also enable some really tired tropes, like the scene where Marnie scarfs down a bag of marijuana to avoid getting busted (by a campus security guard), and then has the munchies for about 18 hours.

The Meddler wants to give us something solid to munch on, but it ends up being more like a light snack. In Seeking a Friend for the End of the World, her debut feature as director, writer-director Lorene Scafaria missed the mark attempting something very tricky: plumbing an end of the world scenario for romantic drama and an occasional laugh. That she also misses the mark on something that should be much easier feels like the bigger disappointment.