"Substance is a significant problem with Thor: Ragnarok. "

"The Thor movies are Marvel's most tonally inconsistent and consequently Waititi's complete reimagining is both a burden and a blessing."

Writing review of Marvel films is one of the toughest gigs in the reviewing game. What can I possibly say that I haven’t already said? There have been seventeen Marvel films released in the past nine years. The first that belonged to the extended Marvel cinematic universe that has irrevocably altered Hollywood filmmaking was Jon Favreau’s Iron Man. That film established two formulas, one creative and one industrial, that the flourishing company has yet to shed, for better or worse depending on who you talk to. If you talk to me, I’d say worse. And for all its endeavours to step away from those formulas, Taika Waititi‘s Thor: Ragnarok is still a Marvel movie, and it’s not a particularly good one.

There have been good Marvel movies. They are the ones that elevate themselves above the production line filmmaking that Marvel is largely responsible for but not the sole perpetrator of. The first Guardians of the Galaxy and the second two Captain America films worked within the confines of the Marvel structure, exploiting those confines cleverly to manage a sense of significance that is absent from most other Marvel films. Captain America: Civil War, the lesser of those best three, did what most of these films ought to be doing; it developed the shallow foundations of its companion films into something substantial. 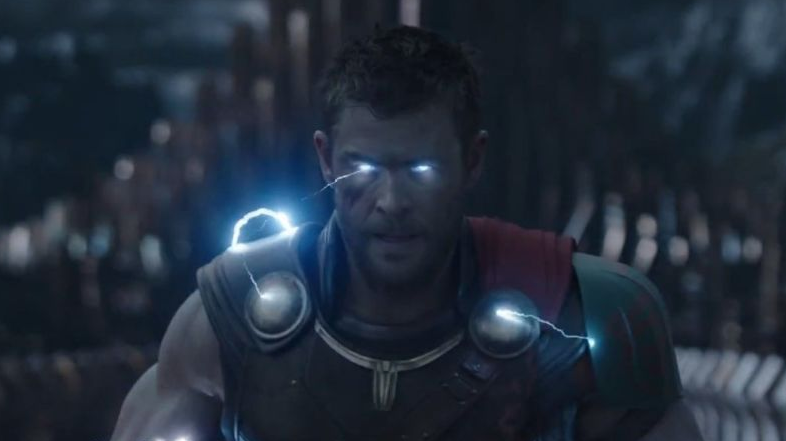 Substance is a significant problem with Thor: Ragnarok. Waititi, the man responsible for independent New Zealand hits Boy, What We Do in the Shadows and Hunt for the Wilderpeople, is a distinct filmmaker and he has absorbed the franchise aesthetically with this new film. It may still be a Marvel film but it is also very much a Taika Waititi film. The art direction is energetic and vibrant, more reminiscent of something along the lines of Masters of the Universe than anything than previous Thor directors, Kenneth Branagh and Alan Taylor, established in the first two films. Ragnarok also chases comedic beats a lot more than these films ever have.

The Thor movies are Marvel’s most tonally inconsistent and consequently Waititi’s complete reimagining is both a burden and a blessing. A rejuvenation of the series is understandable, creatively and corporately, considering the middling reception that Thor and Thor: The Dark World were met with but it also instills a sense of tonal confusion that hurts the film. Waititi has approached this second sequel with little regard towards anything of value that either of the first two films established. This isn’t the Thor or the Hulk or the Loki that we have seen in any of the the Marvel films, they are strangers, which is a problem because they’re not very interesting strangers.

The film is filled with empty characters that are used as vessels for Waititi’s jokes. Chris Hemsworth as Thor and Mark Ruffalo as The Hulk have a fun sense of comedic timing, but there’s less to them than there was to Harry and Lloyd in Dumb and Dumber and the script can’t wait to zip through moments of possible weight to get to the next flash of levity.

Only Cate Blanchett, who deserves a better film, brings any substance to her role as Hela, and that is entirely down to her own competence. The framework of that better film exists somewhere within the fluff of Thor: Ragnarok but the story demands a stronger grasp on the art of storytelling than Waititi is able to provide. There’s no narrative urgency to Thor: Ragnarok, partially because of Waititi’s relentless insistence on pursuing a gag whether it’s appropriate or not. And because the dramatic tension is zero, those gags are largely hollow. If colours and lights is enough, then Thor: Ragnarok is for you.