"Sorkin's writing flourishes offer as many moments of stylistic discord as they do flashes of genius."

"Sorkin does not reach any conclusions with this optimism, so we are provoked to instead reflect on the disheartening realities of the story, and their relevance to now."

I am lacking inspiration in a seriously complete way. When it comes to stimulus in writing film criticism, it is invariably better to have endured a woeful film that engenders conversation than a good one that does not. Alcohol, of course, will never help. I am hungover because I drank a lot of red wine while watching Team America: World Police the night before writing this. Yes, of course, the distraction of the noble Geelong Cats burning a path into this coming weekend’s AFL Grand Final is also a contributing factor in regard to why this film review is quickly devolving into a review of my own brain. 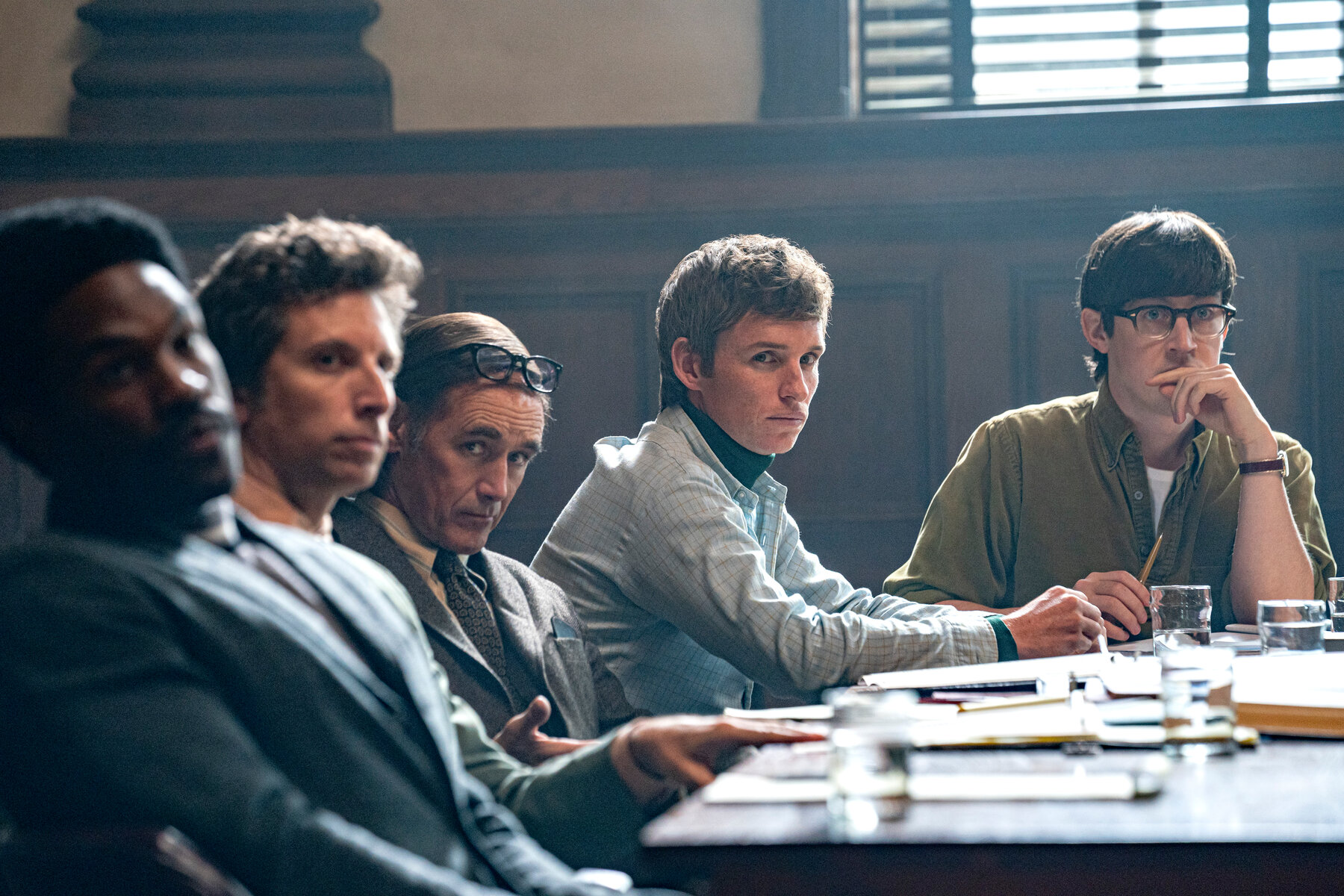 Consequent of my circumstance, having now spent much longer than expected agonising over how this review – not actually of TA:WP, which came out in 2004 – ought to begin, I have turned, in my post-red wine/TA:WP desperation, to Rotten Tomatoes (a platform that I have serious misgivings about) to see what reviewers of more renown than I thought of Aaron Sorkin’s film, released last week on Netflix. Was it not Quentin Tarantino who suggested that great artists steal? What about, in lieu of a great artist, a mediocre, hungover film critic?

Besides being a curious filmic companion to TA:WP, Sorkin’s film is called The Trial of the Chicago 7 and it follows, loosely in parts, the trial of the Chicago 7. Unfamiliar? So was Sorkin, when he was commissioned by Steven Spielberg (the man who had originally intended to direct) to write a script. That was in 2007. It has taken this long to be filmed and released, with directors as distinct as Paul Greengrass and Ben Stiller entertaining the notion of involvement over the years.

OK. My potent lack of inspiration this morning might be as readily attributed to my hangover as it could the thorough lack of interesting discourse that Sorkin’s film incites. Having comprehensively scrolled through those little review RT excerpts that hope to justify the “Rotten” or “Fresh” scores on that flawed system of that damaging website, I found myself emphatically agreeing with everything I was reading – positive and negative and unremarkable. This is perhaps because The Trial of the Chicago 7 is exactly the film I believe that many of you suspect it is, not much more and not much less.

Sorkin is a wonderful writer, and a problematic one. This is reflected on Rotten Tomatoes by the dichotomy in opinions regarding his worth as a wordsmith. His writing flourishes offer as many moments of stylistic discord as they do flashes of genius. And invariably most of Sorkin’s characters end up sounding like a Sorkin character, not someone with idiosyncrasies of their own. Writers like Sorkin (Joss Whedon has similar problems) fill scenes with one person: themselves, divided across multiple characters. This is bad writing. We are nonetheless compelled to appreciate Sorkin’s witticisms – good writing – even when they are contained within contexts of bad writing. Speaking of bad writing, the truth is that I might order a pizza.

On the subject of truth, Sorkin plays with it. That many films based on truth commonly approach fact liberally is a practice that has always struck me as not having enough faith in the source material. Mistruths do little justice to source material and are undoubtedly brought about by an erroneous regard of audiences as a mob that prefers the false garnishes of a screenwriter to the truth of story a film is ostensibly outlining for them. This is particularly curious in the case of The Trial of the Chicago 7 as Sorkin has omitted some incredible details, and added useless ones.

A lot of Rotten Tomatoes snippets highlight the timeliness of the release of The Trial of the Chicago 7. The American election is mere weeks away. And for all of Sorkin’s cute exhibitions of era (“Johnny Walker OK with everyone?” the participants of a morning office meeting are asked on the assumption that all participants of a morning office meeting would be after a glass of Johnny Walker), the pertinence to a contemporary political climate is unambiguous. Bobby Seale, the co-founder of the Black Panthers, is the only accused to be bound and gagged in court, at the behest of a judge who uses aggression and bluster to mask incompetence. This all may sound familiar. 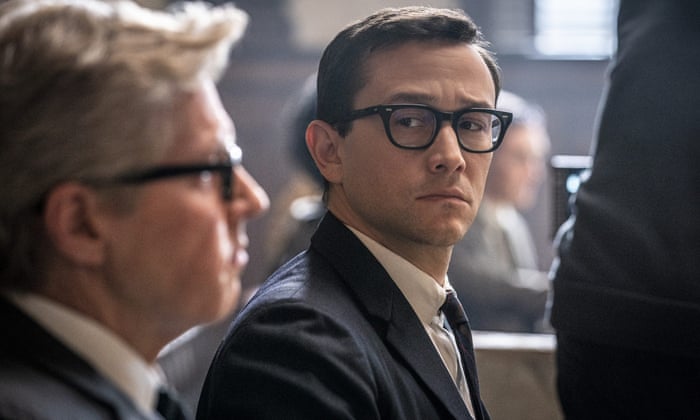 A stubborn line of optimistic patriotism has permeated Sorkin’s work since his first screenplay, which was for the Rob Reiner film, A Few Good Men. The West Wing, a television series created and largely written by Sorkin, is arguably the most illuminative illustration of Sorkin’s political outlook. Side by side (or late night by early morning) with TA:WP, another film infused with patriotic sentiment (albeit from a drastically more reproving vantage point), the idealistic hope of Sorkin is rendered unmistakeable. One might call it schmaltz, or unrealistic, but it is undeniably refreshing to take in optimistic expectations of a governmental system. It is a lot easier to criticise than encourage. But Sorkin does not reach any conclusions with this optimism, so we are provoked to instead reflect on the disheartening realities of the story, and their relevance to now.

The Trial of the Chicago 7 is a movie with strong intentions but it will not be appreciated for the reasons behind those strong intentions. It is principally a movie about Sorkin’s writing, and how well the actors who inhabit his scenes can deliver it. The true story in question is a vessel for these primary concerns. Sorkin’s witty repartees are better suited to the realm of the thriller legal drama of A Few Good Men. In The Trial of the Chicago 7, Sorkin upstages his historical subject, doing a disservice to the subject, its occupants and himself. It is entertaining and clever, and so is Aaron Sorkin. 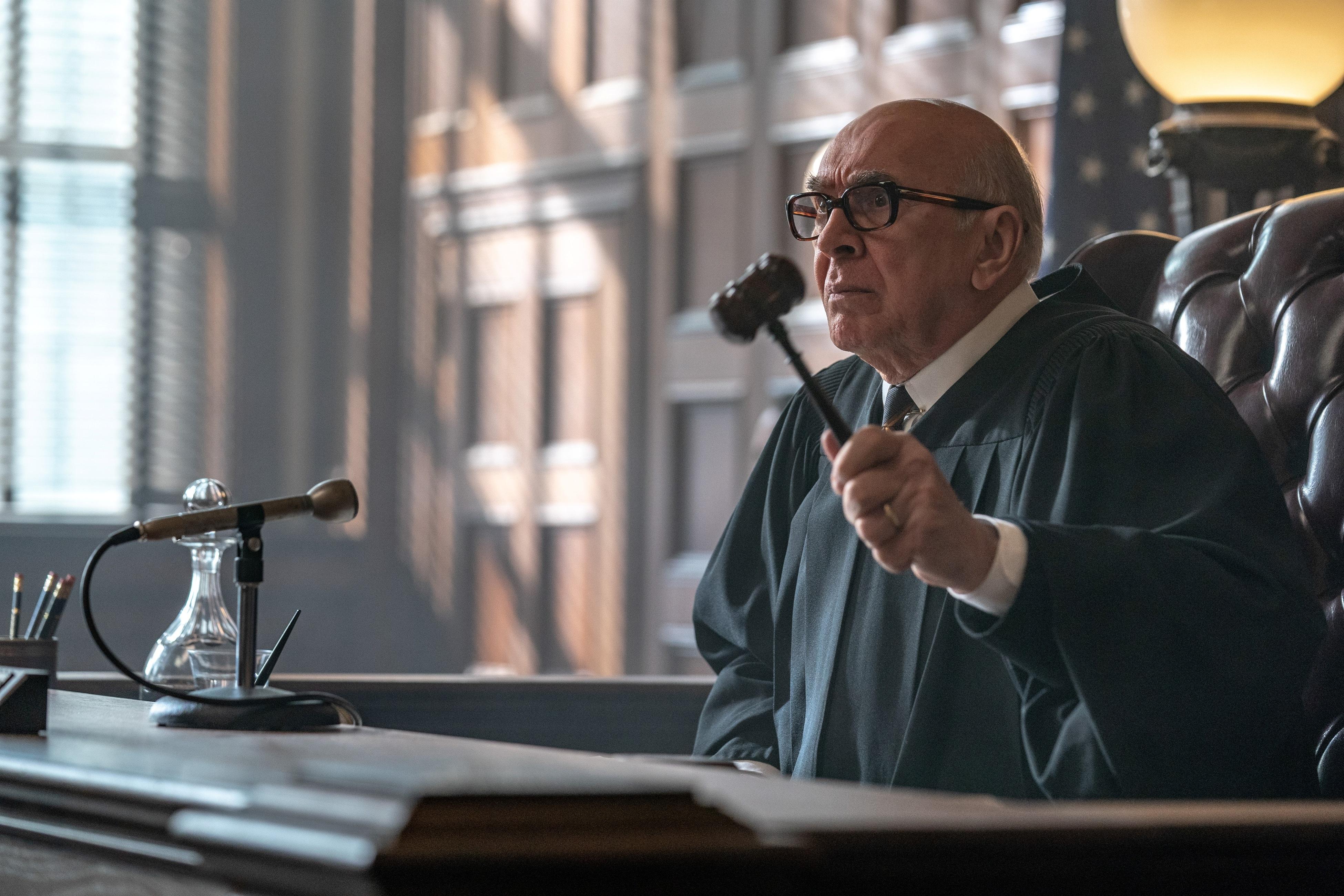 As I reflect on both my sore brain and any conclusions that I might be able to disgorge along with the contents of my stomach I believe that 1) the void of inspiration is largely my own fault and 2) it also characterises what sort of film The Trial of the Chicago 7 is. What might one be roused to write about a straightforward court drama written by Aaron Sorkin other than it is cleverly, sometimes misguidedly, written, very often engaging, and exactly what one might expect from a straightforward court drama written by Aaron Sorkin.

It is important to make clear that enjoyment of TA:WP or a Geelong Cats victory has minimal correlation to an appreciation of The Trial of the Chicago 7.