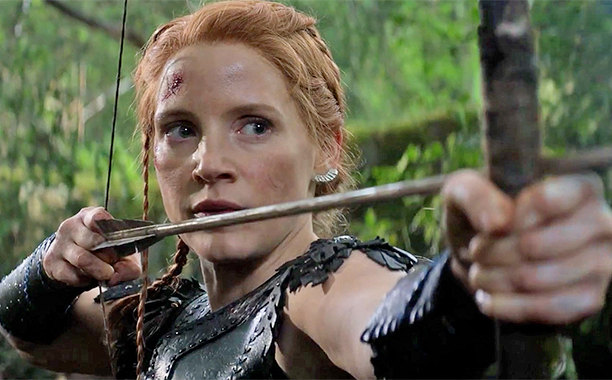 The Huntsman: Winter’s War is somewhat of a mystery, even in the climate of contemporary Hollywood. The Huntsman is a minor character from the tale of Snow White, published by the Brother’s Grimm in 1812. Tasked by the evil Queen to take Snow White into the woods to kill her, the Huntsman takes pity on the girl and lets her go. He returns to the Queen with liver and lungs of a boar as proof of Snow White’s death (they are cooked and eaten by the Queen, a grisly detail left out of most Hollywood adaptations). And that’s really all there is to him. The Huntsman also featured, barely, in the most famous adaptation of the Snow White story, Disney’s 1937 animation, Snow White and the Seven Dwarfs.

When Universal Pictures revisited the tale in 2012 for their ‘dark fantasy action-adventure’ (Wikipedia’s words, not mine), Snow White and the Huntsman, the role of the Huntsman was amplified, to accommodate a more masculine character than the traditionally flimsy Prince Charming allows for and to embrace the international appeal of star Chris Hemsworth. And now, The Huntsman: Winter’s War is some sort of prequel and sequel to that film. Where has Snow White gone?

The Huntsman’s rise to limelight has been so meteoric and unexpected that it might have shocked even the Brother’s Grimm. There were moments in The Huntsman: Winter’s War in which I had to remind myself that it was a sequel to the story of Snow White. Then again, Snow White and the Huntsman had an armoured and Snow White leading forces into battle, so perhaps we’re off the edge of the map.

Perhaps the sort of creative liberty’s taken with the characters and story in The Huntsman: Winter’s War ought to be applauded. After all, Tolkien’s Lord of the Rings saga was born out of an ostensibly minor element of the plot of The Hobbit. But this is Hollywood, and it’s a particular breed of Hollywood and there’s more to the lack of Kristen Stewart’s Snow White than a creative drive on the part of the filmmakers to pursue the character of the Huntsman.

Exactly what’s more to it is two distinct trends in large-production filmmaking at the moment, both of which The Huntsman: Winter’s War engages with. One is the generation of live-action adaptations of classic fantasy tales. The other is the frenzied establishment of franchises (is anybody looking to Andy Serkis’ The Jungle Book: Origins or Guy Ritchie’s Knights of the Roundtable: King Arthur with an eager eye?). Unfortunately, this is a mediocre film to a terrible film that nobody liked. It’s all well and good to jettison Snow White in favour of The Huntsman. For an audience to do the same, we’re going to need a compelling reason. 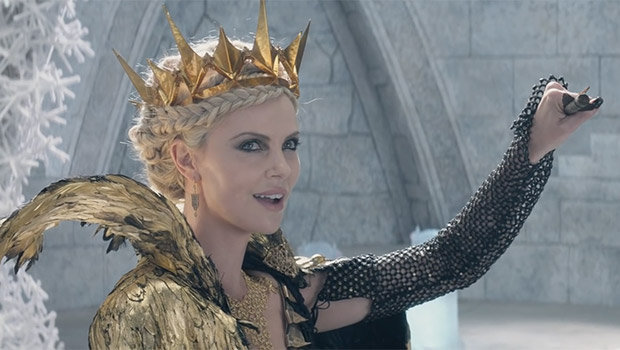 And to plot. The evil Queen Ravanna (Charlize Theron), from the first film, has a sister, Freya (Emily Blunt) who isn’t so bad. She falls pregnant to the man she loves but is devastated when that man betrays her by murdering the child. The anguish awakens a power in her that’s suspiciously similar to those of the Ice Queen in Disney’s Frozen and also makes her generally less agreeable. Freya heads north to forge her own kingdom from ice. She kidnaps children and trains them into an elite fighting force, which she dubs her ‘Huntsmen’ for no apparent reason considering no hunting is ever done by any of them. Two of those children will grow up to be the Huntsman Eric (Hemsworth) and Sara (Jessica Chastain). They fall in love, but love has been outlawed by the Queen, who drives them apart. That’s just the set-up. A lot more happens and it’s as convoluted as you might have guessed from what I’ve just described.

The Huntsman: Winter’s War is not just a mystery because of it’s lack of Snow White or amplification of The Huntsman role or that it was greenlit by Universal Pictures following the poor reviews and lacklustre box office returns of the original but because of the wealth of acting talent that director, Cedric Nicolas-Troyan (known principally for visual effects work, not directing), has managed to foster for the film. Charlize Theron, Emily Blunt and Jessica Chastain are three of the finest working actors in Hollywood at the moment. It’s a testament to them, particularly Blunt and Chastain, that their presence is the most lively elements of the movie.

Flimsy fantasy is rarely worth telling. The great appeal of fantasy is immersion and the world that Nicolas-Troyan has assembled is disjointed and uninspired. Those are two things that fantasy ought never be. It’s what happens when plot and character are haphazardly thrown together without any thought regarding whether they should be thrown together. Here’s an interesting fact. If you Google ‘The Huntsman: Winter’s War”, the search engine will place the film under the umbrella of ‘The Huntsman film series’. Because Snow White, who?