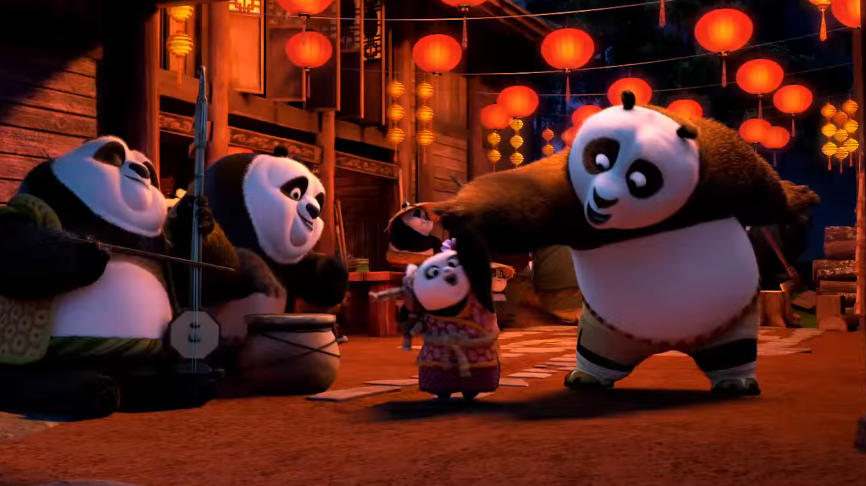 If you can wrap your head around Kung Fu Panda 2 making nearly 700 million dollars at the box office (you read that correctly. 700. That’s 600 million more than 100 million) then perhaps Kung Fu Panda 3 will be right up your alley. For our money, DreamWorks Animation has been silently knocking it out of the park for years now, with franchises like Shrek, How To Train Your Dragon and, but of course, Kung Fu Panda dominating our animation-eager minds. But then fare like The Croods and Puss In Boots ultimately means that they’ll never get the same sort of street cred as Pixar, because we’ve all somehow forgotten about Cars 2 and Planes.

There’s a new Kung Fu Panda on the block and he looks awfully similar to the other two Kung Fu Panda flicks, which might not be a great thing but probably isn’t all that bad either.

“Po reunites with his biological father and travels with him to a secret sanctuary of pandas where, to his surprise, he does not fit in. There he meets Mei Mei, an overly eager panda, who had been promised to Po through an arranged marriage when they were children. To make matters worse, an evil ancient spirit called Kai begins terrorizing China and stealing the powers of defeated kung fu masters. Now, in the face of incredible odds, Po must learn to train a village of clumsy, fun-loving pandas to become a band of Kung Fu Pandas.“