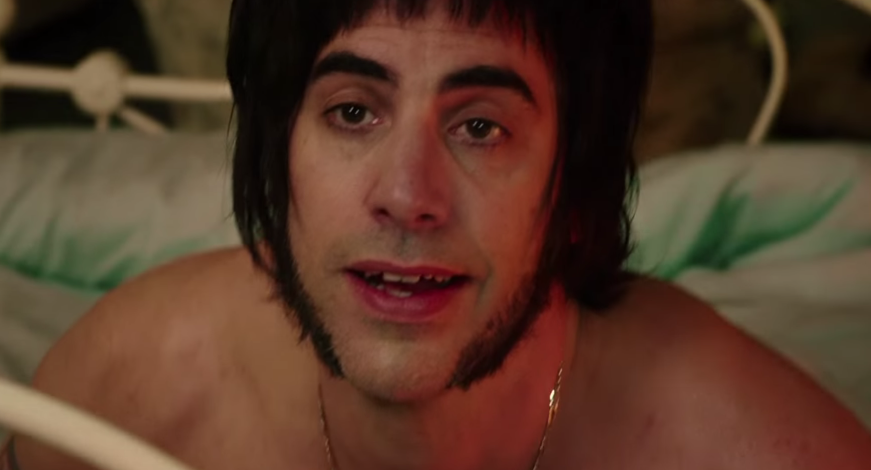 It’s been a long time since Borat and Sacha Baron Cohen hasn’t made us laugh us much since. Brüno was pretty meh and The Dictator was decidedly meh. His work in Martin Scorsese’s Hugo suggests that Cohen might just be at his best when in the hands of someone else.

Right now, he’s in the hands of Louis Leterrier, who might at first appear an odd choice for a Cohen-starring comedy but…well actually, he is just an odd choice. Leterrier is the man behind The Incredible Hulk, Clash of the Titans and Now You See Me. From this brand spankin’ new trailer, we’re not entirely sure where he’s going with The Brothers Grimsby, but we’ve decided to keep at a healthy level of cautious optimism.

“Grimsby involves a British black-ops spy whose idiotic brother is a football hooligan. The estranged brother of a football hooligan with a perfect life and perfect girlfriend is one of MI6’s deadliest assassins, and the two team up to save the world when they reunite.”