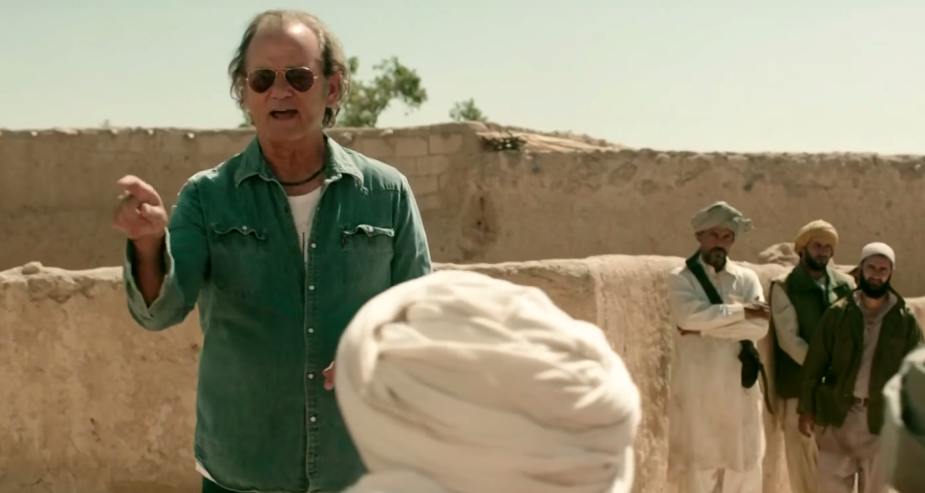 This is going to sound awful but don’t you find that Barry Levinson is just someone that, every now and then, you forget exists? He directed Diner, Good Morning Vietnam and Rain Man and yet it’s always a surprise when his name get brought up. “Oh yeah, Barry Levinson. You exist.” You feel me?

Levinson’s new film is Rock The Kasbah, and it’s feeling particularly Levinsonish. You either know what I mean by that or don’t, although I’m not entirely sure I know what I mean by that. Bill Murray is in it, who’s in a lot of things nowadays. Zooey Deschanel, Kate Hudson and Bruce Willis are also in it, and they haven’t been in all that much recently. There’s war. There’s sand. There’s music. There’s Murray. What else does Levinson have to do to entertain you?

“Richie Lanz, a has-been rock manager takes his last remaining client on a USO tour of Afghanistan. When Richie finds himself inKabul, abandoned, penniless and without his U.S. passport, he discovers a young Afghan girl with an extraordinary voice and manages her through Afghanistan’s version of American Idol.”