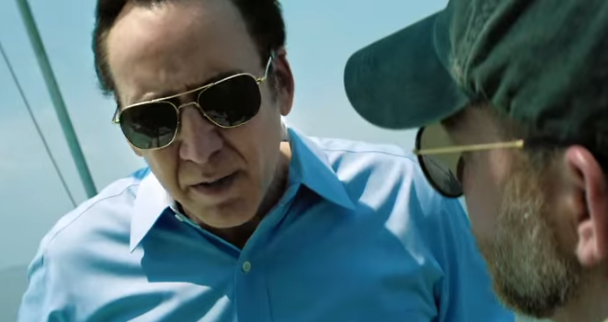 Jolly Old Saint Nick is back and he’s…well, he’s not better than ever, but he doesn’t look like he worse than ever either. Good Nicolas Cage? Adaptation, Joe and Kick-Ass. Bad Nicolas Cage? Just about everything else. We’ve been burnt so often and so terribly by the Cagemeister General that we’re not holding out much hope for The Runner, but then again, stranger things have happened to all manner of beings in all manner of fashions.

“In the aftermath of the 2010 BP oil spill, an idealistic but flawed politician is forced to confront his dysfunctional life after his career is destroyed in a sex scandal.“