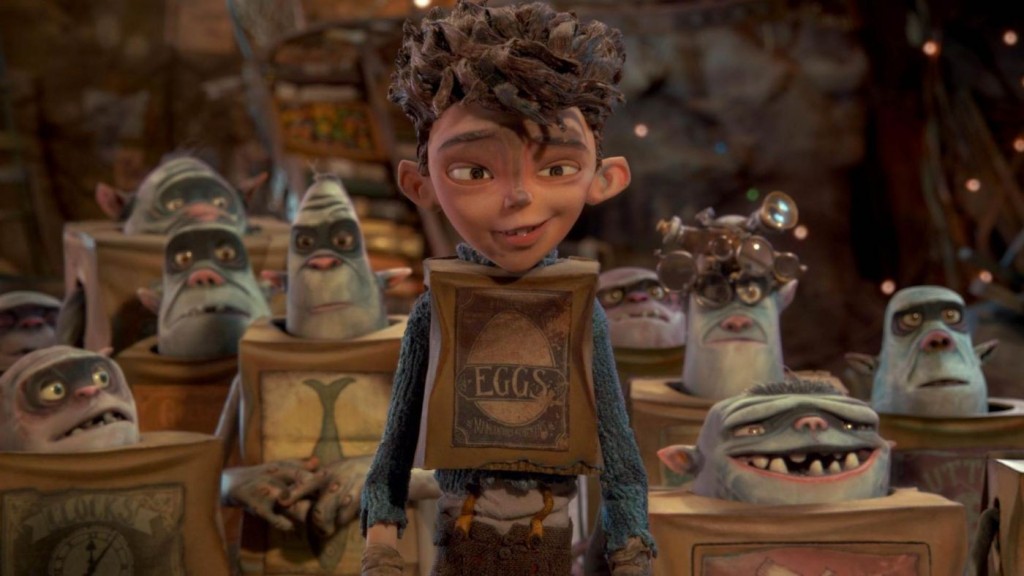 Animation studio Laika have carved out a little niche in the mainstream animation world – first with the feature adaptation of Coraline (2009), then with the successful follow-up ParaNorman (2012), both which were nominated for an Oscar. The studio focuses on the creepy, the odd, and (in their own words) a ‘handcrafted’ style. The Boxtrolls is their latest offering, but does it reach the same heights as its predecessors?

The residents of the town of Cheesebridge live in fear of the mysterious Boxtrolls – creatures who come out at night. They rely on resident exterminator Archibald Snatcher (Ben Kingsley) to protect them – but Snatcher’s motives are far from upstanding. He is desperate for a ‘white hat’, which will mark him as one of the distinguished leaders of the community, and allow him to eat all the types of cheese he likes. The Boxtrolls, however, are far from dangerous – recyclers and builders, they’re happy crafting from the scrap they find in the street. It’s up to Eggs (Isaac Hempstead Wright), the young orphan human they’ve raised and protected, to save them from Snatcher and prove to the town that there’s more to the Boxtrolls than meets the eye.

There’s something different about The Boxtrolls that possibly holds it back from reaching the truly outstanding efforts of the previous films. If I had to pin this down to one thing, it would be the villain, Snatcher. Kingsley brings a great sneering quality to him, and Snatcher is quite detestable in his horrible treatment of the Boxtrolls. He’s petty – but he’s not incredibly complex, and never reaches a level of ‘true evilness’ or ‘evil for evils sake’. He sits in mediocrity. He’s also frankly, a little bit off-putting. Much more amusing were his three henchmen, one voiced by the instantly recognizable Richard Ayoade, whose running commentary and musings on ‘good’ and ‘evil’ provide a lot of laughs. 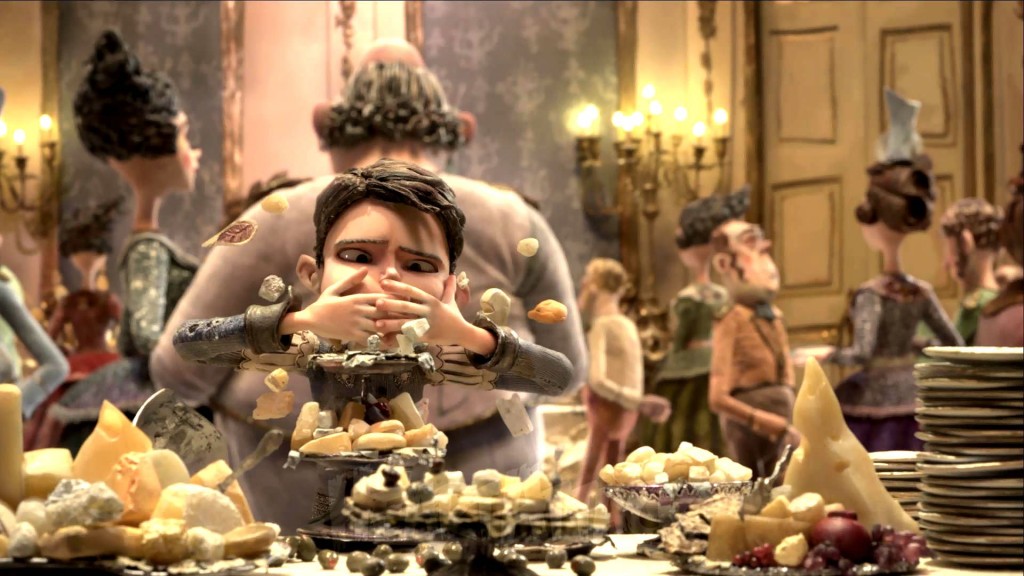 Thankfully, the heroes of the story are delightful Eggs and his Boxtrolls friends (Shoe, Fish, Wheels – you get the idea) are incredibly endearing and bring a nice touch of sweetness to the story. The theme of family is very distinct, and we’re offered two opposing conceptions. Eggs and his extended, oddball family are loving and caring, always on the look out for each other. On the other hand, there’s Winnie (Elle Fanning) and her father, Lord Portley-Rind (Jared Harris). Winnie is spoilt, but we come to see that she’s desperate for the attention of her absent-minded Dad, who barely notices her. She can be a touch grating at first as well, but it’s easy to warm up to her. The contrast between Eggs and Winnie makes for refreshing and amusing dynamic between the two young heroes.

Laika produce some of the more visually unique experiences in animation – the stop-motion and character designs here are quirky, and bring a subtle dark edge to what are already dark tales. There’s something gorgeous and mesmerizing about the detail in the animation that makes this film worth a trip to the cinema by itself. Maybe The Boxtrolls is too scary for very young children, but in that sense it’s no different to the studio’s previous two efforts. It’s a fun, entertaining outing, although it doesn’t quite hit the emotional highs it aims for.