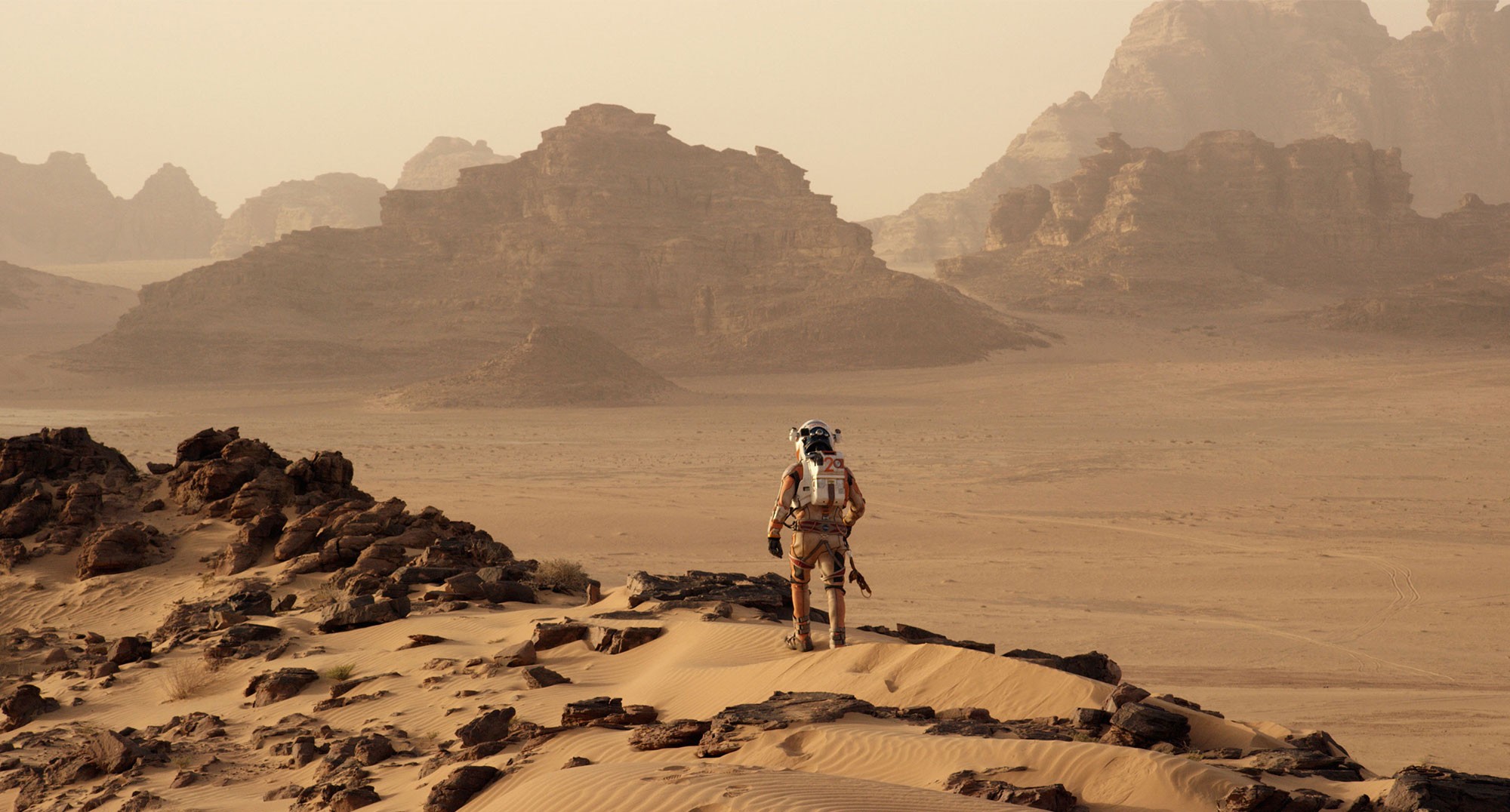 The Martian is full of the sort of scientific and procedural jargon that usually alienates an audience. “What’s the abort force?,” a character asks while calculating their response to an unexpected crisis early on in the film. “Seventy-five hundred,” is the answer. We don’t know what they’re talking about. What on earth is abort force? We’re not meant to know. Normally these sort of conversations in films are used to mask underwhelming dialogue or to impress the aptitude of a character via cheap character development. The Martian may be no less guilty in either of these regards and yet the use of technical dialogue is perhaps somewhat more kosher considering the entire film is absolutely dependent on it. Some of the science may go over your head. Some of it may be inaccurate. I don’t know. I’m not a scientist. I’m not even sure if it matters because The Martian, directed by Ridley Scott, has something far more sentimental at its heart.

Sentimentality gets a bad rap when it comes to cinema, perhaps because it’s so often badly executed. It’s the fault of decades of filmmakers who have endorsed emotional response too keenly that we regard sentimentality with suspicion. The Martian never dictates how we should feel, like Christopher Nolan’s Interstellar, a film with some curious connections to The Martian, did. The narrative and the actions of the characters are presented impassively and our response is our own. And sentimentality is far more compelling when it’s our own. The science and the procedure in Scott’s film are tools used by the filmmakers to propel the story forward. The sum of The Martian’s parts may be made up of detached science and procedural jargon but the product is something refreshingly affirming and universal. 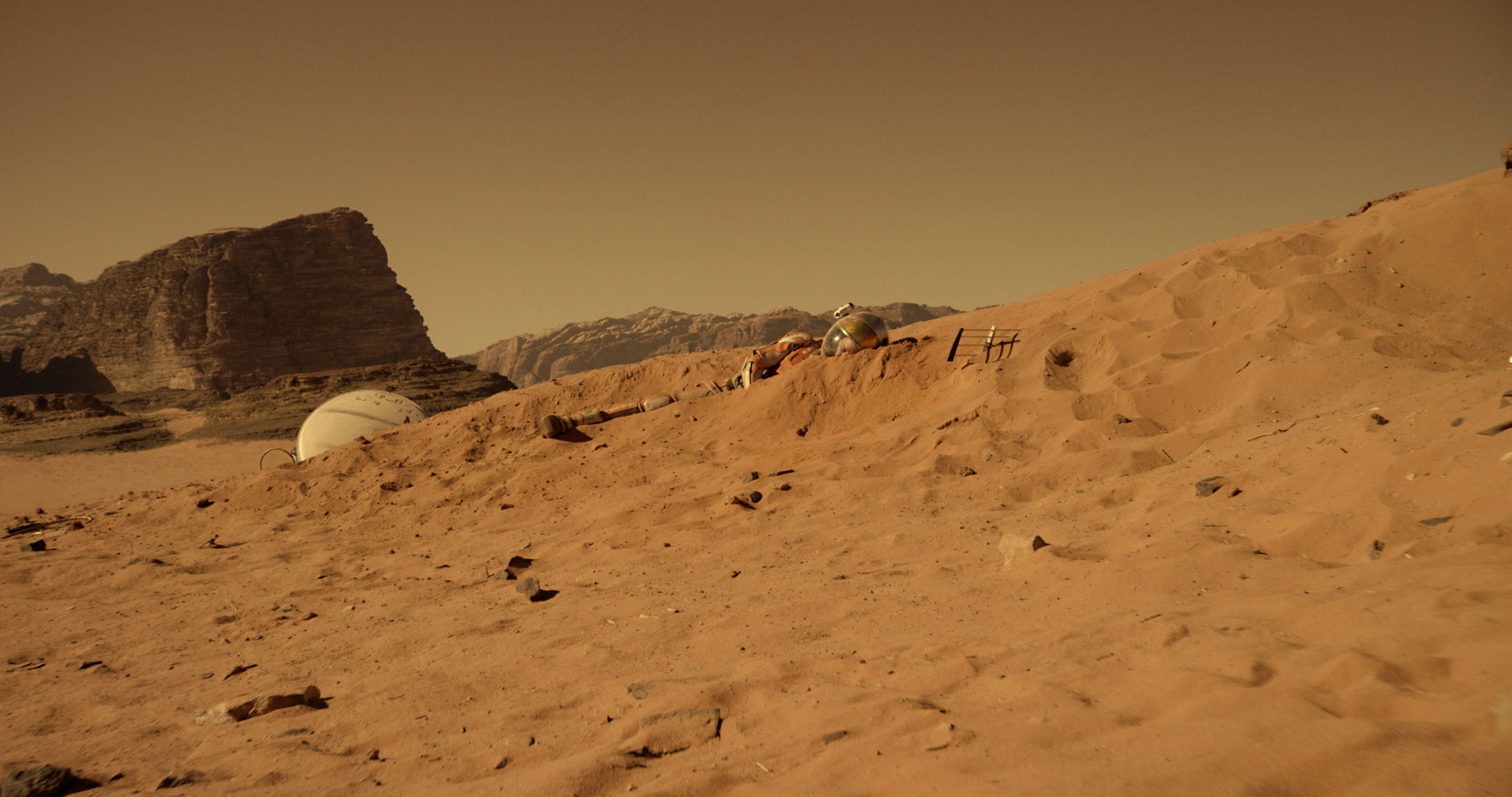 There are three central stories being told in The Martian. The focus of the film is Mark Watney (Matt Damon), an astronaut who is left for dead on Mars after being separated from his crew in a freak storm. Then there’s the team at NASA, including NASA president Teddy Sanders (Jeff Daniels), mission director Mitch Henderson (Sean Bean) and NASA scientist Vincent Kapoor (Chiwetel Ejiofor), who discover that Watney has survived and subsequently launch the effort to bring him home. And finally there’s his crew, led by Melissa Lewis (Jessica Chastain), who are late to discover his survival and are forced to deal with the guilt of leaving a team member behind.

In an industry that favours destruction, doom and antagonism, The Martian celebrates creation and humanity. It’s a wonderfully positive film, championing life and intelligent productivity. There’s no adversary, unless you count Mars an enemy, which you shouldn’t. The plot is guided by creation, intelligence, problem solving and team work. Curiously and touchingly, The Martian is one of Hollywood’s most humanistic films in recent memory and most of it takes place on Mars, hundreds of million kilometres away from Earth.

Watney may just be Damon’s most wonderful performance to date. He’s a real knack here of conveying a great deal with very little. Is Watney buoyant to the point of incredulity? Perhaps, but reality may have diminished the force of Scott’s film and Damon’s character. Not every film need wholly reflect actuality, especially when it does so much else fantastically right. There’s the same assurance in Scott’s direction that has punctuated his career to yield his best work. It’s the sort of filmmaking that forces you to consider the man’s potential were he to decelerate his relentless output and spend more time on consideration and deliberation. 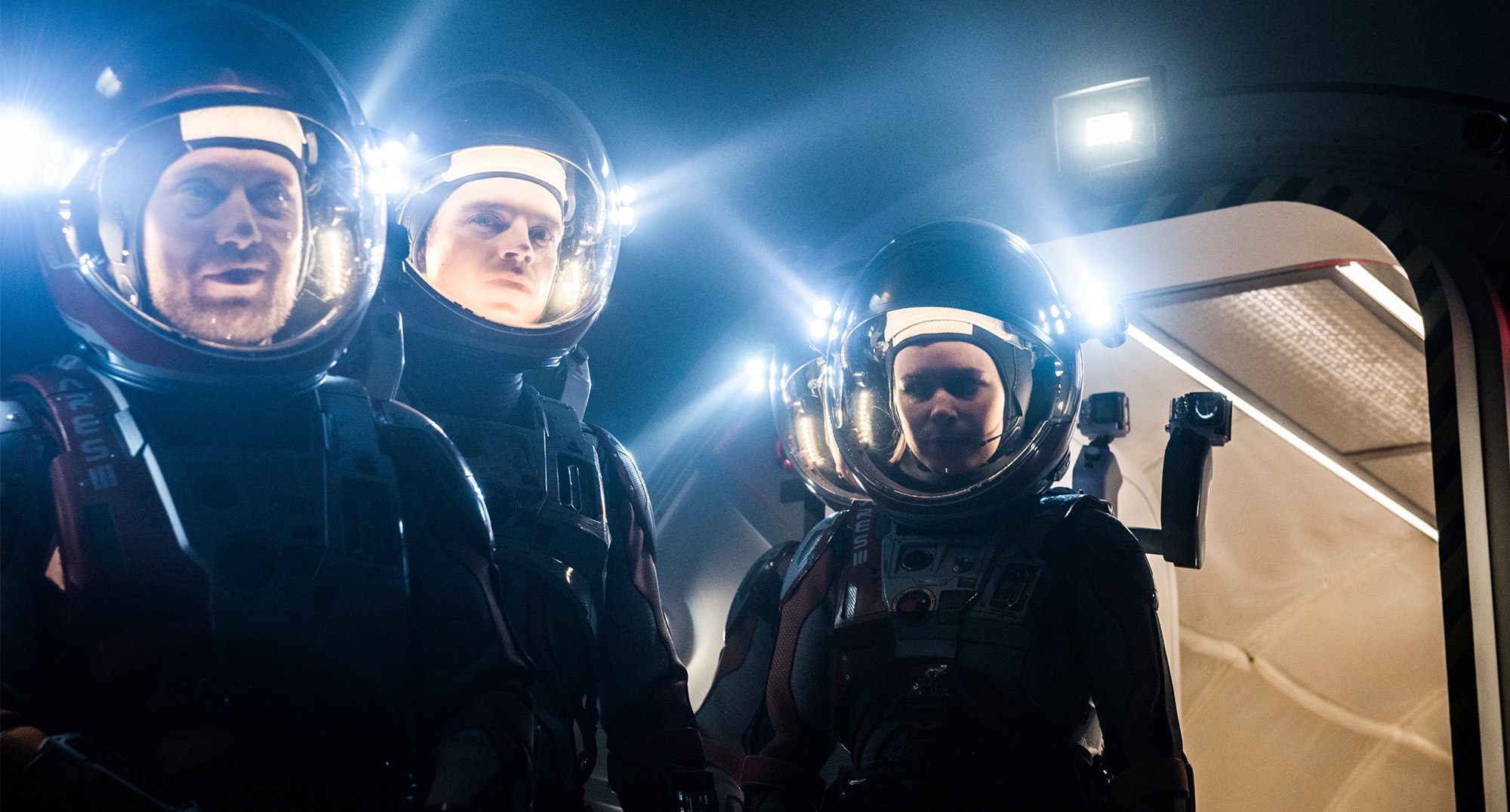 The resemblance to narrative, thematic and casting elements of Christopher Nolan’s Interstellar are peculiar, but The Martian also shares more than a little in common with other recent science fiction releases, including Gravity, Moon and Scott’s own Prometheus. The Martian isn’t good because it offers something we’ve never seen before. It doesn’t. Almost everything about the film is well worn in regards to cinematic and plot conventions. And yet the overall impression is remarkably fresh. It’s that positivity.

The Martian is powerful in its refusal to glorify or dwell on the actions of the people working to bring Watney back. There’s never any genuine questioning within the NASA team, Watney’s crew or anyone else who becomes involved along the way whether saving him is a viable and correct option. They just get to it. The Martian ponders whether one man is worth such an effort. To Scott’s credit, the answer is a resounding yes and there’s never any alternative considered .