There’s no denying the success of Peter Jacksons Lord of the Rings series, and for a series of books that was deemed  un-filmable, the quirky Kiwi did do a pretty bang up job of bringing Tolkien’s world to the big screen. That said, (and this isn’t a fan boy type criticism as I love novels but understand the creative liberties filmmakers can and often should make in order to make a commercially successful and enjoyable film…) there are quite a few moments throughout the trilogy that are, let’s face it, quite cringe worthy; those moments when the heart strings are pulled a little too much, or the ‘action’ gets a little gimmicky or unbelievable. 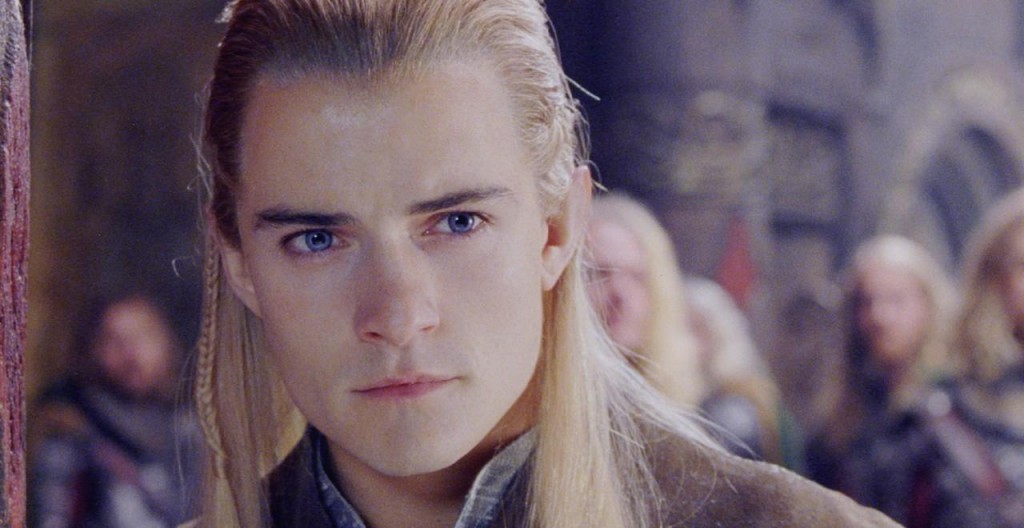 There is some gritty violence in Lord of the Rings, and although a few more Orc beheadings wouldn’t have gone astray, there are a few lopped tops to keep the bloodthirsty interested. What is not appreciated though, are the gimmicky ‘extreme sport in Middle Earth’ type moments, offered mainly through the character of Legolas. The Two Towers for example; the scene is Helm’s Deep, the entire nation of Rohan face annihilation at the hands of a ten thousand strong army of Uruk-Hai that approach the meagerly defended stronghold. So, midway through the battle, once the Uruk-Hai have penetrated the wall, and Legolas finds himself needing wanting to get down, he takes the most obvious route, which is to surf a shield down at the stairs whilst laying arrows into enemies. Haphazard approach if you ask me, arrogant on Legolas’ behalf, gimmicky on Jacksons.

And, if we hadn’t got enough of Legolas’ surfing, in The Return of the King during the climatic battle of Gondor, a dodgy looking CGI version of Legolas climbs the body of one of the huge Elefants, lays a couple into the brain of the poor creature, then ‘surfs’ down the trunk of the animal, landing safely upon the ground as the now brain dead and well, just plain dead Elefant comes crashing to earth. I expect this kind of crap from The Teenage Mutant Ninja Turtles cartoon Jackson but please don’t try to introduce such silliness into Middle-Earth again; I beg you. I’m genuinely worried Bilbo Baggins is going to ollie a skateboard over Smaug or MotoX away from an army of Orcs somewhere in the Hobbit trilogy now. 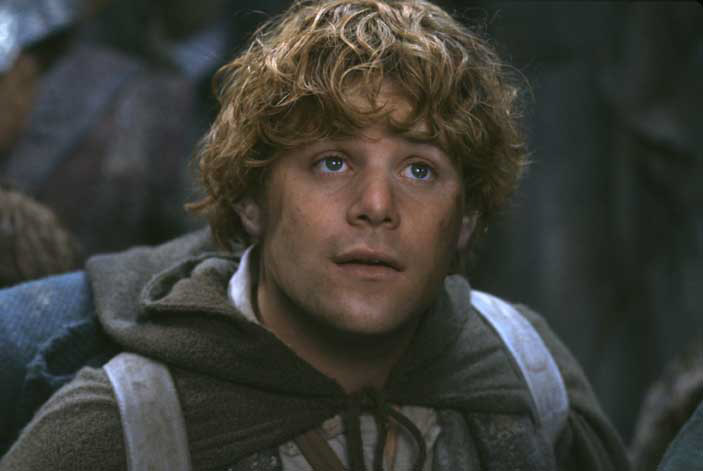 The relationship between Frodo and Sam is quite sweet; best friends looking out for each other, propping each other up throughout the long, dangerous and arduous journey into the heart of darkness (i.e. Mordor). It’s nice. But there is more sentimentality between these two than The Notebook. If Frodo isn’t smiling at Sam because of something cutesy he has said or done, it’s Sam doing something sweet or heroic for Frodo. And if it isn’t one of those two things it’s them reminiscing about the Shire, or Sam worrying about Frodo and what the ring is doing to him. I lost count how many times Frodo smiled, tilted his head to the side slightly, looked at Sam adoringly, only to have Sam look down shyly, and I still shudder every time I hear a pan whistle because I think something soppy is about to be said. 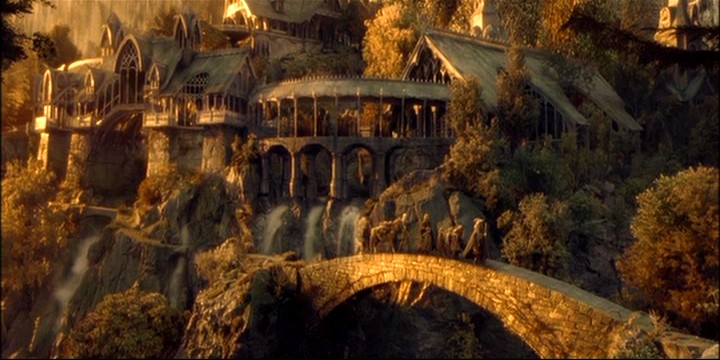 I know we need drama in our films, and there’s plenty to go around from the original source material without overdoing it, but Jackson has to constantly remind us with each significant death or reunion, just how important the scene is. Boromir’s death, Gandalf falling into the abyss, Frodo awakes in Rivendell to his friends, Elrond tells Arywn something depressing about mortality, anytime Galadriel says anything, a group is outnumbered, someone speaks Elvish, anytime anyone does something nice… it’s always in slow motion. You would think someone would suggest, considering the sheer length of the films that easing up on the slow motion might be beneficial for the audience’s patience; but no. Admittedly the slow motion is more of an issue when re-watching and you want to get to the ‘good bits’, but either it way it does test the patience somewhat. 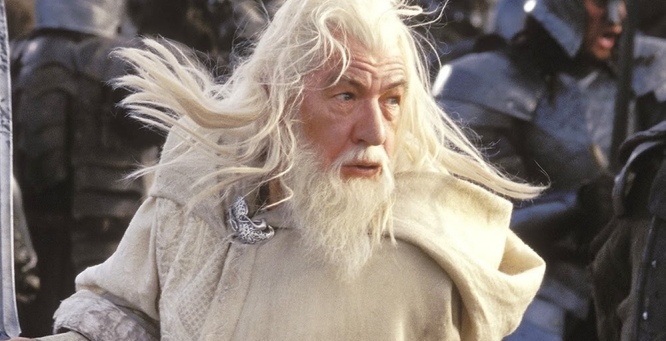 Gandalf is an impressive Wizard; I have no problems with that. The man single handedly fought a Balrog for a matter of days from “the lowest dungeon to the highest peak”.  To see him swinging his staff about with as much power as a seventy four year old English actor at an Orc, and to see that Orc do all kinds of somersaults from the supposed force of said hit (Return of the King), is laughable. In fact there are quite a few battle scenes where the stunt coordinating looks about as realistic as a low budget 1980’s action film. I’m sure that given the size of the three films, and the incredible efforts already put into pre-production, multiple takes of fight scenes may have been out of the question but it’s hard to feel immersed at times when you don’t really believe the good guys are winning.

A disclosure: This is not a deep criticism of Jackson, as I’ve said, making a commercially viable film that has broad appeal is an art unto itself, and considering the amount of money pumped into the franchise, it’s obviously important for it to pay off. Whilst Lord of the Rings doesn’t have the gritty realism of say Game of Thrones, Jackson did create a beautiful and immersive Middle Earth both through the natural settings of New Zealand, costume and set design, as well storytelling. After all fantasy films, as it is with books, are all about the world the viewers and readers are thrust into, and in that sense Jackson succeeded. It’s just some of it is a bit naff.