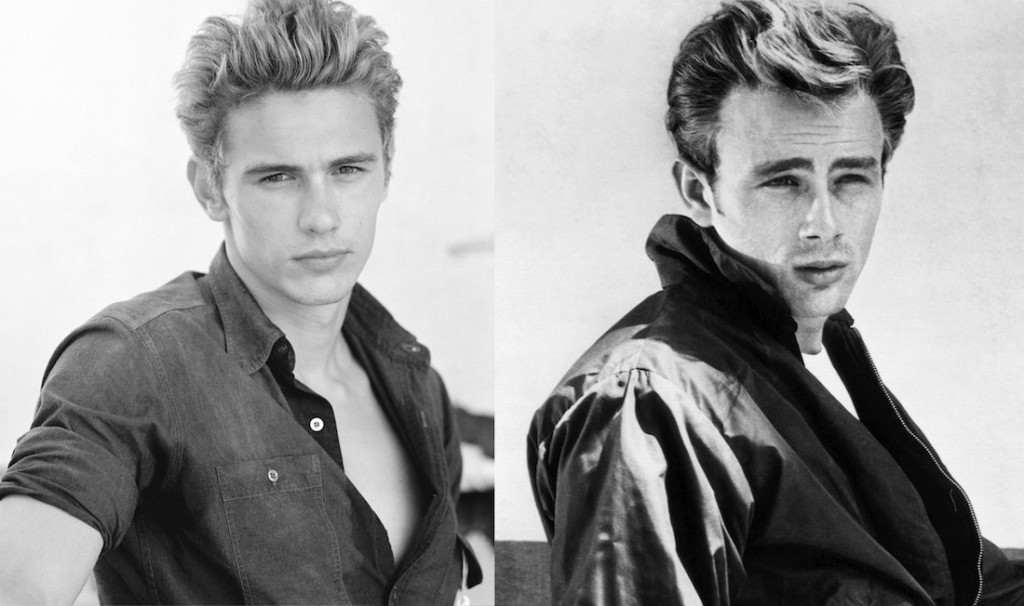 It is fascinating to watch when an actor takes on the tricky task of portraying a famous person, and when done well, the result is captivating. Here are some examples of famous actors playing famous people, and there are many more to be discovered beyond this list.

In her Oscar-winning turn as silver screen icon Katharine Hepburn, Australia’s own Blanchett played Hepburn opposite Leonardo DiCaprio’s Howard Hughes in Martin Scorsese’s biopic. It’s relatively easy to transform the face of an actress to resemble another, however the true charm of Blanchett’s performance is in the way she embodies Hepburn’s tomboyish physicality. This is perfectly captured in the scene where Hepburn and Hughes play golf, with the iconic actress proving to be a worthy competitor in both banter and the sport. As Hepburn, Blanchett is beautiful, emotional and quick-witted, therefore becoming one of the most memorable actresses to portray another actress.

Given that Sacha Gervasi’s Hitchcock is primarily concerned with the genesis of Psycho (1960), including the writing of the script, casting and production, there are a plethora of actors portraying famous people. Scarlett Johansson stars as Janet Leigh; Jessica Biel plays Vera Miles and Helen Mirren as Alma Reville, the great woman behind the man. But it’s Hopkins’ performance as Hitchcock that stands out, partially due to the fact that as an audience, we are somewhat unfamiliar with ‘Hitch’, with our main point of reference being the sneaky cameos in his films. Hopkins proves to be a perfect fit for Hitch, bringing with him a steely demeanor, which is contrasted by a menacing smile and jocularity that summons his performance as Hannibal Lector in Jonathan Demme’s The Silence of the Lambs (1991). His scenes with wife Alma and on set with Johansson’s Janet Leigh expose the mentality of a director who is feeling pressure from the studios to censor his vision, all whilst grappling with visions of violence that haunt him throughout production.

Michelle Williams as Marilyn Monroe | My Week with Marilyn(2011)

One of the most fascinating things about Marilyn Monroe was the idea that even when being herself, she was playing a character. That’s one of the many reasons why Williams’ performance is so compelling. The film, directed by Simon Curtis, chronicles the production of Laurence Olivier’s The Prince and the Showgirl (1957), and Monroe’s tumultuous time both on and off set. We are able to experience Monroe through the eyes of the young and determined film student Colin Clark (Eddie Redmayne), as he falls in love with the blonde bombshell. Williams’ performance perfectly captures the multi-faceted and childlike innocence of Monroe, and shows us how her everyday life was a performance, whereby maintaining the sexy and playful image for those around her proved to be exhausting.

Before reigniting his career as Tony Stark in Iron Man (2008), Downey Jr donned another iconic costume – that of Charlie Chaplin. In Richard Attenborough’s sprawling tale of comedy, love, and old age, Downey Jr throws himself into the role as Chaplin, who is renowned for his physical slapstick comedy. The most impressive aspect of Downey Jr’s performance, aside from his aptitude for the physical, is the way he embodies Chaplin in his old age. In the final scene of the film, where Chaplin is wheeled onto the stage of the Academy Awards to receive an honorary Oscar, an aged Downey Jr manages to express so much by merely sitting. His voice and mannerisms convey a man of old age who has led a colourful life, which ends the film in such a way that cements Chaplin’s impact on cinema, whilst simultaneously showcasing Downey Jr’s status as one of American cinema’s finest performers.

In this TV-movie by Mark Rydell, Franco takes on the role of the brooding and intense James Dean, whereby his life is chronicled from his childhood, all the way till his death at age 24. Franco bears a striking resemblance to Dean, and manages to capture his troubled yet gifted presence in Hollywood. James Dean, amongst many things, explores the rocky relationship that the actor had with his father, and one of Franco’s standout scenes is during the shooting of Elia Kazan’s East of Eden (1955). After completing a scene with Dean’s onscreen father, the director finds Dean hunched over, sobbing into his jacket. It is clear that art was imitating life, with the much-sought after approval of his father weighing him down. This is perfectly personified with Franco’s hunched shoulders and defeated gait, as he slumps on a chair behind the set and hangs his head, clearly affected by the scene and how it permeates his real existence.

If the world wasn’t familiar with Cotillard’s work before La Vie en Rose, then her performance as Edith Piaf well and truly gave her the recognition she deserves. Winning an Oscar for her performance, Cotillard underwent a significant physical transformation to look like Piaf, and by already possessing a beautiful singing voice, Cotillard embodies the French singer with a likeness that is staggering. The final scene of the film, where Piaf performs ‘La Vie en rose’ is filled with passion and soul, and leaves no doubt that Cotillard deserved the coveted golden statue.