"Without seeing it, it’s not possible to really understand how different La Llorona is from other horror movies we’re getting right now."

"Bustamante has also made just about the most #2020 film you could envision."

La Llorona (pronounced “La Yarona”) is not to be confused with The Curse of La Llorona, a cheap Conjuring spinoff that relied on jump scares and endlessly recycled imagery from The Grudge. Local audiences are particularly unlikely to confuse it as the film was released in Australia as The Curse of the Weeping Woman. The myth in Latin American culture about the spirit of a woman who drowned her children provides the basis for both films, but the comparison ends there. While that movie provided a collection of insipid and uninspired shocks, this one worms under your skin and stays there. 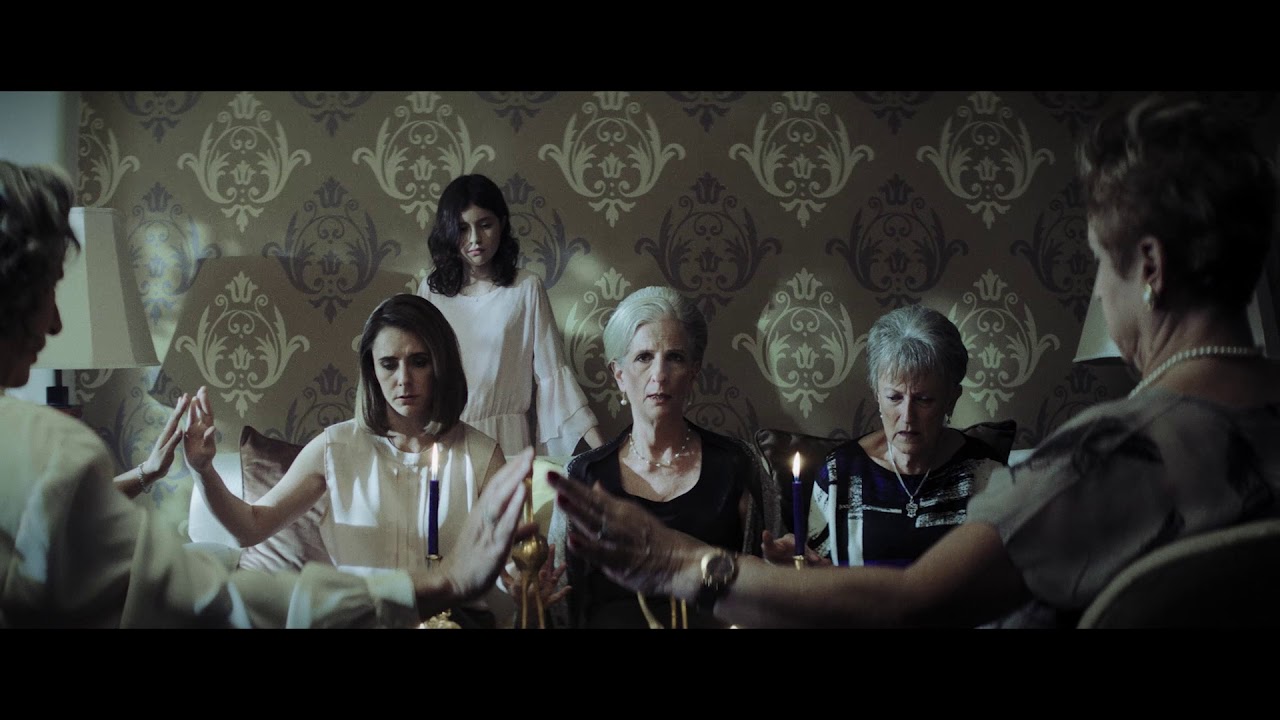 This French-Guatemalan co-production places the myth in the context of Guatemala’s shameful history of genocide of its indigenous peoples. The story involves a retired general, Enrique Montecorvo (Julio Diaz), who has been accused of giving the orders for mass exterminations of native Mayans in the 1980s. While his health fails and his trial pushes forward, protestors surround his palatial estate, and become all the more vehement when it appears he is going to go free.

As oppressive as his external stressors may be, they’re nothing compared to what’s going on internally – both in his mind and in his home. Mentally, Enrique is suffering through the early stages of Alzheimer’s. That makes it all the more difficult to believe him when he tells his family – his long-suffering wife (Margarita Kenefic), his daughter (Sabrina De La Hoz) and his granddaughter (Ayla-Elea Hurtador) – that he heard the sounds of a woman crying in the bowels of the house. The fact that he had his gun drawn and shot wildly in the middle of the night has now scared off his indigenous servants. To be fair, they also know from folklore that there is a malevolent spirit in the house.

The bare bones of this story do not make it seem significantly different from other stories of its kind, though the detail of it involving a man accused of genocide would certainly differentiate it. Without seeing it, though, it’s not possible to really understand how different La Llorona is from other horror movies we’re getting right now. It loosely fits the prestige horror mold of something like Hereditary, but it’s subtler and ultimately more haunting. Director Jayro Bustamante hasn’t exactly been hiding out – he had a 2015 feature called Ixcanul – but the fact that most of us have been deprived of his work before now seems like a crime. He has an absolute mastery of craft that puts you in his spell and keeps you there. 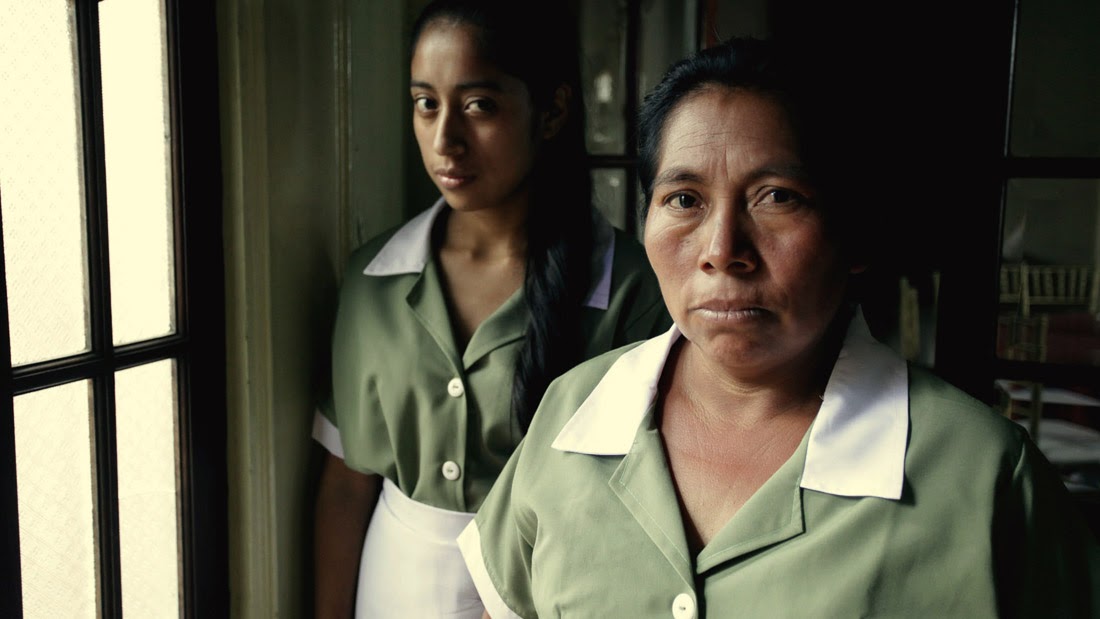 Bustamante’s signature cinematic device is to slowly pull out his camera from the subjects on screen, revealing incrementally more of the image, a centimetre at a time. It’s a perfect tone setter for the chilling atmosphere he wants to create. The film opens on the image of a woman looking straight at the camera, whispering incantations without blinking, placing us immediately in a world where the occult has some sort of sway on people and things. As the camera pulls out, it reveals the other women in this prayer circle, and slowly starts to unveil the conflicts and disconnects that underlie this story.

Bustamante has also made just about the most #2020 film you could envision. Not only does it involve being trapped inside a house, and not only does it involve the enduring protests of a citizenry systematically killed by the forces entrusted to uphold the law, but it also illustrates the toxic masculinity of an old white man who has been repeatedly unfaithful to his wife with the very powerless victims he thought nothing of sentencing to death. The fact that none of these topical and potentially didactic subjects steals the thunder from the horror underscores the balancing act Bustamante is pulling off. 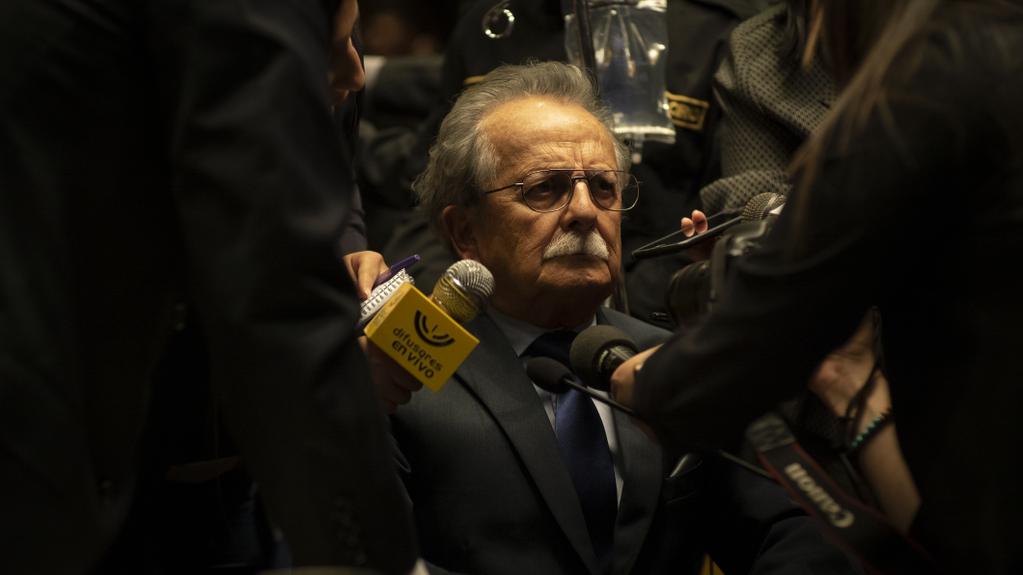 Horror with a social conscience? Boy that shouldn’t work. Though as with other times that it has, like George Romero’s zombie movies and Get Out, the director feeds you your meat and potatoes at the same time as your dessert. La Llorona is bone chilling, and I suppose that’s not just a turn of phrase in this case. Fear is something you feel in your bones – and so is a certainty about social justice for oppressed people.

La Llorona can be streamed through the MIFF website until the end of this weekend.