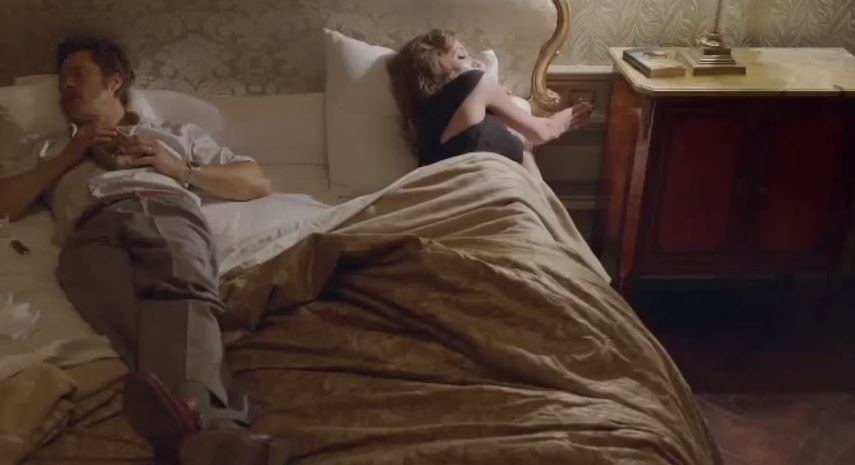 Directing her second feature in as many years, Angelina Jolie is showing no signs of slowing down behind the camera. This is the brand spankin’ new trailer for her latest film, By The Sea. The trailer itself doesn’t give too much away but it certainly brings to mind Sam Mendes’ Revolutionary Road, the film starring Leonardo DiCaprio and Kate Winslett about a married couple going through bitter relationship problems – absolute ripper of a film, if you’ve yet to check it out.

Unbroken, the World War II film directed by Jolie that was release just over a year ago, didn’t do much for us and yet Jolie undoubtedly has potential as a filmmaker. Despite By The Sea being the first time since Angelina Jolie and Brad Pitt have appeared on screen together since Mr & Mrs Smith, it doesn’t look like they’re playing assassins, which…is a shame. By the looks of it, Jolie’s going to have a tough time measuring up to Pitt’s performance. Brad Pitt. What a man.

“With their marriage in trouble, an American writer and his wife make new connections at a French resort.”