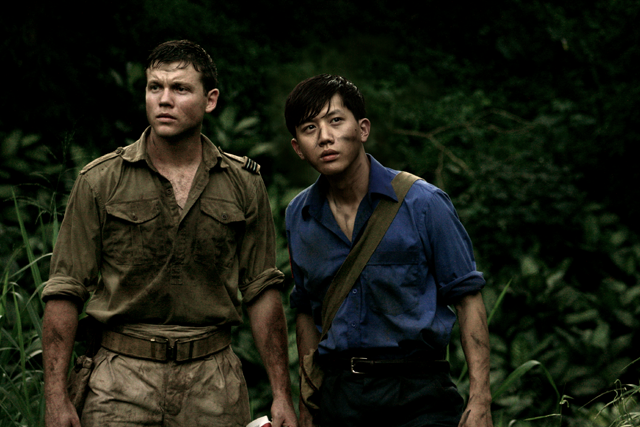 There’s an elegant simplicity to Aaron Wilson’s Canopy that contradicts the inherently destructive nature of war. It’s a meditative experience rather than a carnal one, and is a fascinating film because of it. In many ways, Canopy compliments last year’s fantastic All Is Lost in the sense that at its most fundamental it is about man challenged by his environment, but there’s an introspective element to both films that is crucial to their success.

An Australian pilot (Khan Chittenden) is shot down in Singapore in 1942. Parachuting into the labyrinthian jungle below, the pilot discovers that the area is swarming with the enemy. He allies himself with another stranded soldier, Seng from China (Tzu-Yi Mo), and together they navigate their way through the shrub. This is not Saving Private Ryan. The war is a circumstance in Canopy. It impacts events but bloodshed is not the sum of the film. Much of Canopy simply focuses on the two men wordlessly walking through the dense jungle.

Canopy is Wilson’s first feature film, but he manages the relaxed pace with confidence. The film runs almost entirely with no dialogue, allowing the actions and interactions of the two central characters to come to the fore. The pace, for the most part, is measured but often compelling. There’s been a welcome influx of quality Australian films over the past few years. Canopy works well because the filmmakers seem to appreciate artistry in filmic construction just as much content. Wilson spends much of his time evolving atmosphere, and it is paramount to the success of Canopy. There’s a slightly surreal quality to Wilson’s jungle, never entering Kurtz territory, but unsettling nonetheless. Some shots even evoke the composition of Australian colonial artwork. The sound work is particularly impressive; the omnipresent rumble of weaponry a constant reminder of the men’s grim reality. 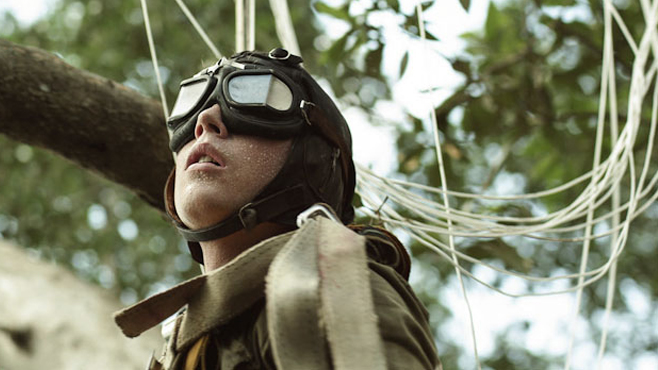 Much like All Is Lost, very little is explicitly revealed about both men, although enough information is given for us to form our own ideas about them. There’s an old idea in comic book illustration that the face of the hero must have a generic appeal so that the reader can see themselves in the role. There’s certainly an element of this to the central characters of Canopy. There is such an unfortunate trend in contemporary cinema to stress every detail and labour every point. This understated approach to the two men in Canopy is thankfully subtle, and enhances the reflective nature of Wilson’s film.

The film lags towards the final third, when there perhaps needed to be some form of development or revelation to sustain interest. The film imposes certain constraints on itself by embracing minimalism. Paradoxically, drastic narrative developments would have seems completely incongruous with the rest of the film but expansion was needed to a certain degree to maintain a sense of absorption.

Canopy is a flawed film, but there is a real confidence to Wilson’s direction that belies his feature film experience. It’s impressive to see so many recent Australian films that embrace the constructive element of filmmaking as well as content. Canopy is a war film with very little war. It’s not even really about man versus nature. Rather, it embraces empathy; the empathy that the pilot and Seng develop for one another and the empathy it invites us to feel for a man so far from his home.