As the month of June draws to a close and as the school holidays arrive cinemas nationwide will be quickly inundated with a slew of family friendly kid’s flicks and the very hordes of children they are birthed to entertain. Monsters University will undoubtedly land top of the heap, with opponent number one, Despicable Me 2, hot on its heels in pursuit of big box office earnings. To its advantage Monsters University is set to draw a (slightly) older crowd of big-kids; those who saw the 2001 original in their more tender years will now be drawn back to Monstropolis, in their only slightly less tender years for a little early 2000’s nostalgia. 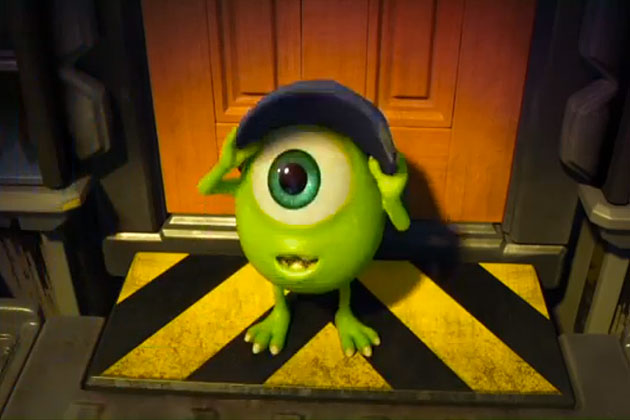 Monsters University, as the title suggests, predates the original story of Monsters Inc. and instead focuses on our dynamic duo when they were a little less dynamic, and perhaps a little less than friendly. Prior to their cool-kid status on the “Scare Floor” of Monsters Incorporated, Mike Wazowski (Billy Crystal) and James P. “Sully” Sullivan (John Goodman) were college rivals; the hard-working go-getter versus the gifted, easy-going slacker. As the two butt heads in class they catch the unwanted attention of Dean Hardscrabble (Helen Mirran) and soon enough both face expulsion from their scare studies. But of course, this is the Pixar universe and there is always reason to hope; Sully and Mike are then forced to compete, together, in a kind of Scare-lympics to win back a place at the school. Yes, the trope may be a familiar one, but with a wager set the show is on the road and Monsters University quickly finds a satisfying groove.

The to-be-expected, two-layered humour of Pixar is littered throughout the flick, inducing authentic laugh out loud moments for both young and old. A scattering of in-jokes and self-referential gags will delight those familiar with the precursor (which is everybody, right?) whilst new cast members each receive their own shining moments. Mike and Sully’s ragtag bunch of teammates are a very sweet cohort and the early flashbacks of a primary school aged Mike Wazowski, who is so little he is really more eye than body, are genuinely awww-inducing. Tightly paced, the storyline kicks along nicely and soon enough our two main monsters are beginning to see each more clearly, and those themes of acceptance and friendship are falling neatly into place. 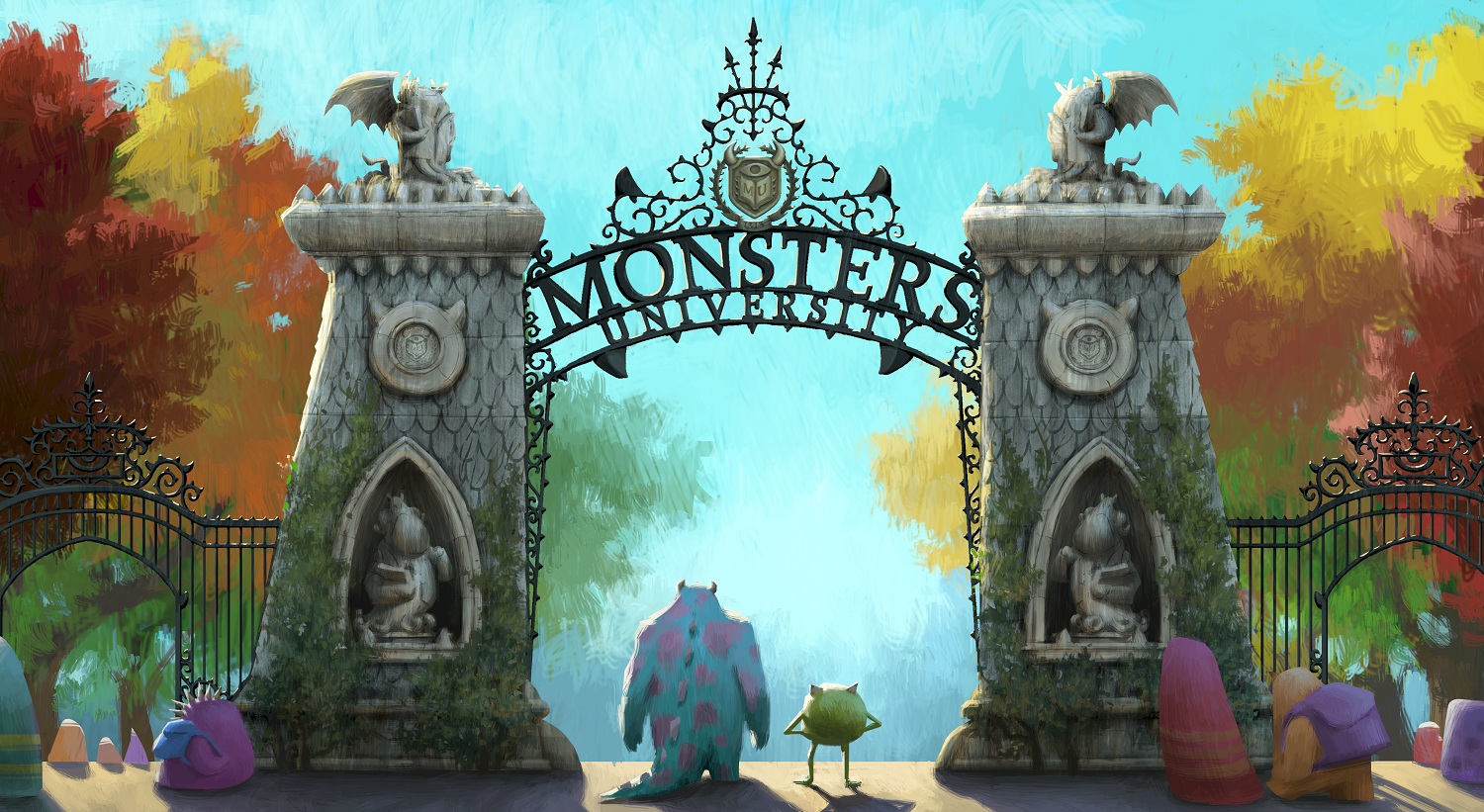 The Pixar animators have obviously relished in the candy-coloured palette of the film, with the wide range of monster skin tones popping brightly on screen. The very Harvard-esque setting of MU does a fine job at establishing the American college lifestyle (or indeed the Hollywood interpretation of that lifestyle) with fraternity initiations, rush week challenges and dorm room drama. Enthusiastic voice work keeps energy levels on a constant high and some notable “voice cameos” will satisfy those interested. The computer animation is rock solid, ensuring the imagined universe on screen somehow still holds realism, whilst maintaining visual continuity with the original film. Monsters University also manages to pay homage to the cruder college comedies of the 80’s, and may indeed owe a great deal to Revenge of the Nerds, yet still upholds it’s overall kid-friendly demeanor.

Combining all these elements together Monsters University seemingly does quite well – on paper at least. However despite some genuinely fun and funny moments, the whole show ultimately ends up feeling a little lackluster. As the credits roll, Monsters University comes off as sort of paint-by-numbers Pixar; all the boxes are ticked, the morals told and the good guys succeed, but perhaps that’s just a little too easy these days. Perhaps it is the absence of Boo, the emotional epicentre of the original Monsters Inc, which has taken the heart out of our leading pair, who spend a good portion of the film at odds with one another. Whilst Toy Story 3 was able to achieve a sincere sense of gooey nostalgia, Monsters University lands shy of the mark. It will undoubtedly satisfy the young ones, but lacks the necessary emotional punch, potentially leaving those bigger kids in the audience feeling a little disheartened. But perhaps that’s just a part of growing up.