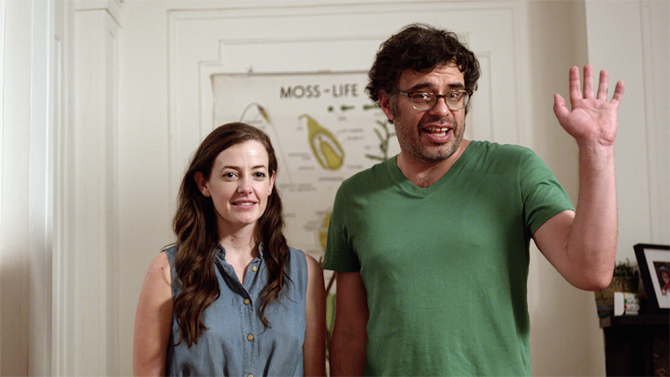 The name says it all. People Places Things is as much about anything as it is about nothing, but director James C. Strouse slyly leans toward the former with his curious title. It’s a title that could suit almost any film (perhaps not Toy Story – Toys Places Things would work much better). It recalls Jason Reitman’s similarly ambitious title from his release earlier this year, Men, Women and Children. Obviously a film can never encompass such a broad spectrum. Even the longest, most ambitious of productions would struggle to grasp the concept of ‘Places’, let along ‘People’ and ‘Things’. People, places and things is about as lofty as a topic can get. Perhaps not surprisingly, the film offers about as little insight into any of those three concepts as you may expect given its title.

Strouse’s new film meanders along at a pleasant enough pace. That it meanders is both its blessing and curse. The pedestrian pace means that the quips are gentle and the characters by and large appealing. It also means that there’s nothing to it. You’ve no doubt already seen People Places Things, in the works of filmmakers like Lena Dunham, Noah Baumbach and co. If you enjoy films like Baumbach’s While We’re Young then you may just well find something in Strouse’s film to like. There’s just just not much there.

Jemaine Clement is comic book artist and teacher Will Henry, an immigrant from New Zealand living in New York with his partner Charlie (Stephanie Allynne) and twin daughters, Colette and Clio (Gia and Aundrea Gadsby). Will walks in on Charlie having sex with a family friend, the dramatic monologist Gary (Michael Chernus), and she subsequently dumps him. He’s suddenly forced into a life of juggling his career, his two young daughters, his lingering feelings for Charlie and his developing feelings towards Diane (Regina Hall), the mother of one of the students in his comic book artistry class. 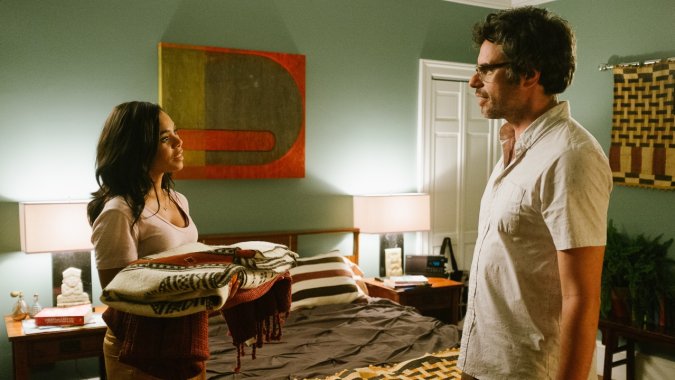 Clement’s performance is subdued in comparison to his overtly deadpan work in other films and television shows. There’s a quiet charm to him, although he’s undeniably far more comfortable with the frequent and variably humorous quips than with genuine expression. The film works best when he’s sharing screen time with Hall and Jessica Williams, who plays her teenage daughter Kat. There’s a congenial chemistry between the three that this sort of film lives and dies by.

Strouse’s title is perhaps intended to emphasise the universal nature of the things we go through, the places we live and the people we share our lives with, although that sentiment simply isn’t conveyed in his film. People Places Things can sometimes be a charming film and sometimes the performances can be charming. It can also sometimes be ridiculous and the performances flat. If you put enough amiable actors in a glamorous enough setting like New York there’s surely only so far you can fall short of the mark. It’s likely you won’t regret watching Strouse’s film , but you may not remember too much about it once it’s all over.