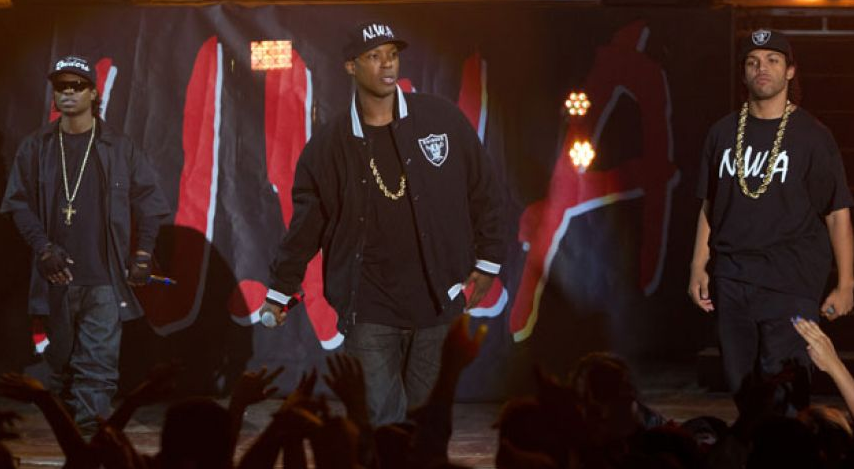 Straight Outta Compton is a mainstream, blockbuster film about music which, not long ago, was taken as a harbinger of social collapse. Now, hip-hop is at the height of its powers, and the extraordinary resistance to police violence in America shows “Fuck the Police” is as relevant as it’s ever been. Straight Outta Compton isn’t a “message” movie, but it’s palpably driven by the need to give expression to our particular cultural moment. As a result, it strives to say a lot–about gang violence, about police brutality, about hip-hop, about the record industry. For the most part, it succeeds, in the same way that an out of control truck will succeed in bowling over everything in its way. It’s quite an experience.

Straight Outta Compton is powered by its characters, not by narrative. The major players are Dre, Eazy-E, and Ice Cube; DJ Yella and MC Ren are very much secondary (Arabian Prince doesn’t even get a look in, unfortunately). This over-attention to character leaves Straight Outta Compton feeling slightly haphazard, like a few different biopics stitched together, particularly after NWA falls apart. The introduction of Suge Knight as a villain isn’t quite enough to drive the film’s latter half. Sometimes it feels too much like real life–that is to say, there isn’t much of a story.

Most of Straight Outta Compton deals with NWA after they hit the big time, but some of its strongest moments come long before that point. The opening, in which Eazy-E has a narrow escape from police and rival drug dealers, is amazing. Likewise, there are some genuinely unsettling depictions of police violence and gang intimidation which give real context to NWA’s music. 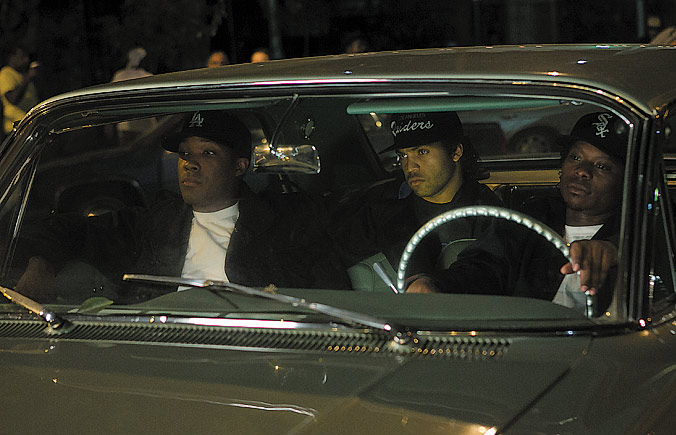 These aspects of the film are far more interesting than showing how Dre got out of his contract with Death Row Records. But even when the film meanders, it’s carried by the charisma of its performances. Jason Mitchell is a particular standout as Eazy-E. He shows remarkable range between Eazy as a young drug dealer, getting by with bravado alone, to Eazy weeping in hospital, having just found out he’s been diagnosed with AIDS.

Perhaps the biggest issue with Straight Outta Compton is conceptual. In its rush to confirm NWA’s status as cultural icons, it sometimes fails to really deal with its subject matter. The criticism which has been levelled at the film about its treatment of women (particularly its total non-treatment of Dre’s recorded violence against Michelle’le, Dee Barnes and others) is totally apt. NWA aren’t sanitised, per se, but the film is nowhere near as fierce as the album. Cube memorably asked, “Do I look like a motherfucking role model?” Straight Outta Compton answers pretty resoundingly in the affirmative.

But the film succeeds where it really needs to, demonstrating why NWA’s music was and is so popular–not only does it speak to a particular social climate, it also sounds amazing. The film most pleasurable when we simply see NWA simply practicing and performing their songs. I don’t think you have to be a hip-hop fan to enjoy these moments; Straight Outta Compton sweeps you up in its irresistible momentum. You’re dealing with a cultural juggernaut here, and it gets where it needs to go. But it’s a lot better than it needed to be.