"Rae and Nanjiani are both extremely compelling performers, but one senses they are still pursuing the right fit for their talents. "

"It’s tempting to reward this film with a recommendation for its positive optics and the talents of its leads, but it’s also appropriate to temper expectations." 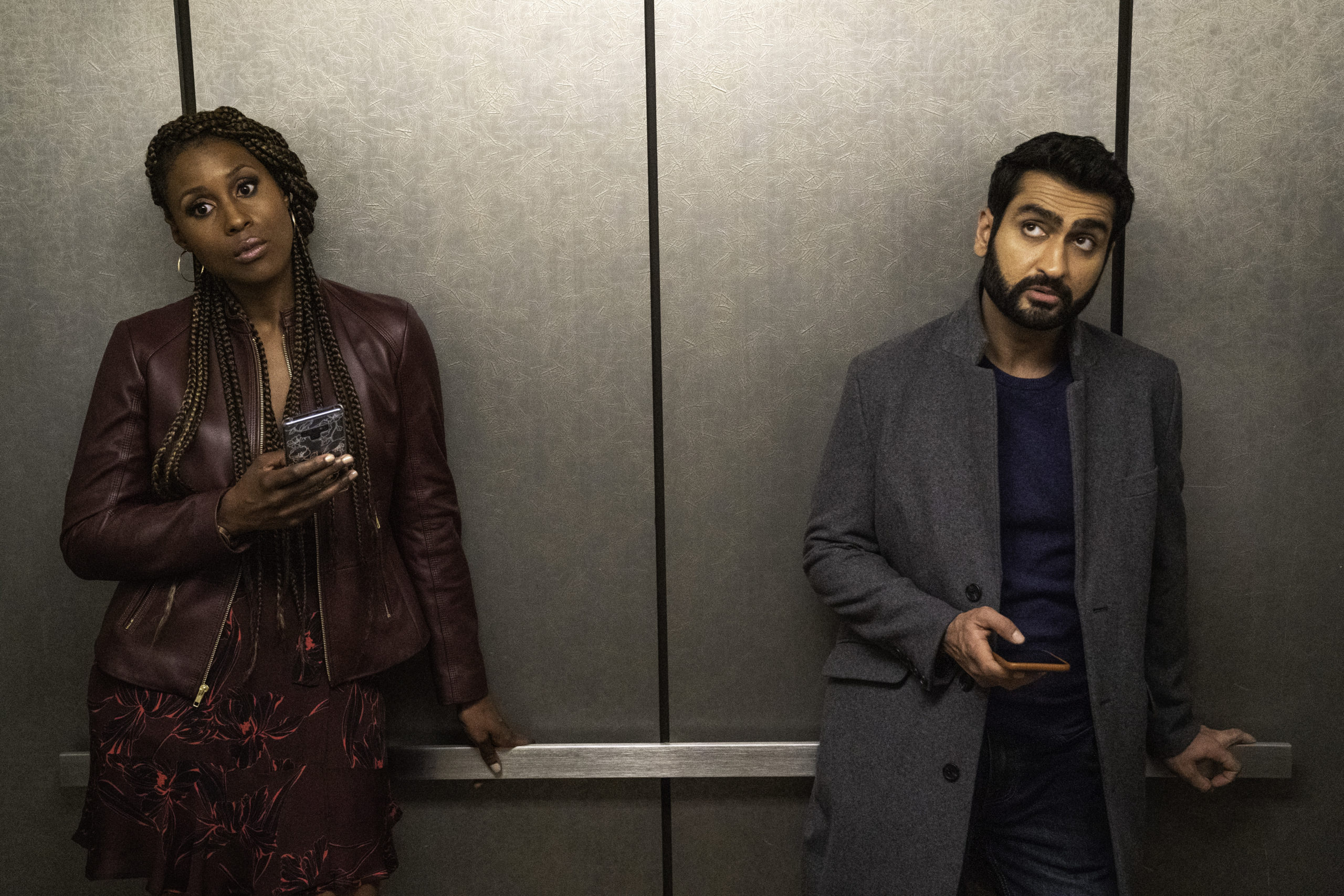 Perhaps the biggest step back is for the movie’s director, Michael Showalter. While Rae and Nanjiani both have chequered film histories, Showalter has usually been on the right side of things both in terms of the projects he’s chosen and the perspective he’s brought to them. An alum of MTV’s The State and one of the creators of Wet Hot American Summer, Showalter has a filmography as director that includes hidden gems (The Baxter) and not-so-hidden gems (The Big Sick). Maybe he thought re-teaming with Nanjiani from The Big Sick was another surefire success, but in doing so he blinded himself to the deficiencies and sheer conventionality of the script he was filming.

We open on Jibran (Nanjiani) and Leilani (Rae) just after their first night together, exchanging numbers but not sure if this will go anywhere. Jump forward four years, and it has gone to a lot of good places, and then a lot of bad ones. The couple bicker as they prepare to go to a friend’s dinner party, and as the bickering intensifies in the car, things that can’t be unsaid start unwittingly streaming forth from them. At the same time, it occurs to both of them: They are finished as a couple.

Breaking the awkward silence that follows, as well as breaking their windscreen, is a bicyclist who rides into the path of their car. The shell-shocked couple get out of their car to help, but the bloodied cyclist is already up on his feet and riding again. They soon realise why. Pursuing him is an undercover cop who commandeers their vehicle to continue his pursuit. Upon catching his quarry, the cop does not arrest him, but rather, runs him over repeatedly with the car. Jibran and Leilani escape, but not before witnesses identify them as the ones responsible for the mangled bicyclist lying dead in the street.

Where a movie like this goes from here, and how successfully it goes there, is a function of the script and the actors who sell that script. On one of these two scores, The Lovebirds succeeds. Rae and Nanjiani are both extremely compelling performers, but one senses they are still pursuing the right fit for their talents. Rae was the best part of Little, last year’s otherwise mediocre reimagining of the Penny Marshall film Big, while Nanjiani has basically been struggling since The Big Sick three years ago. In fact, The Lovebirds resembles last year’s inept comedy Stuber more than it should, more than anyone would want it to, in its basic setup. Rae is a better partner for Nanjiani than Dave Batista turned out to be, but not by the margin one would hope. 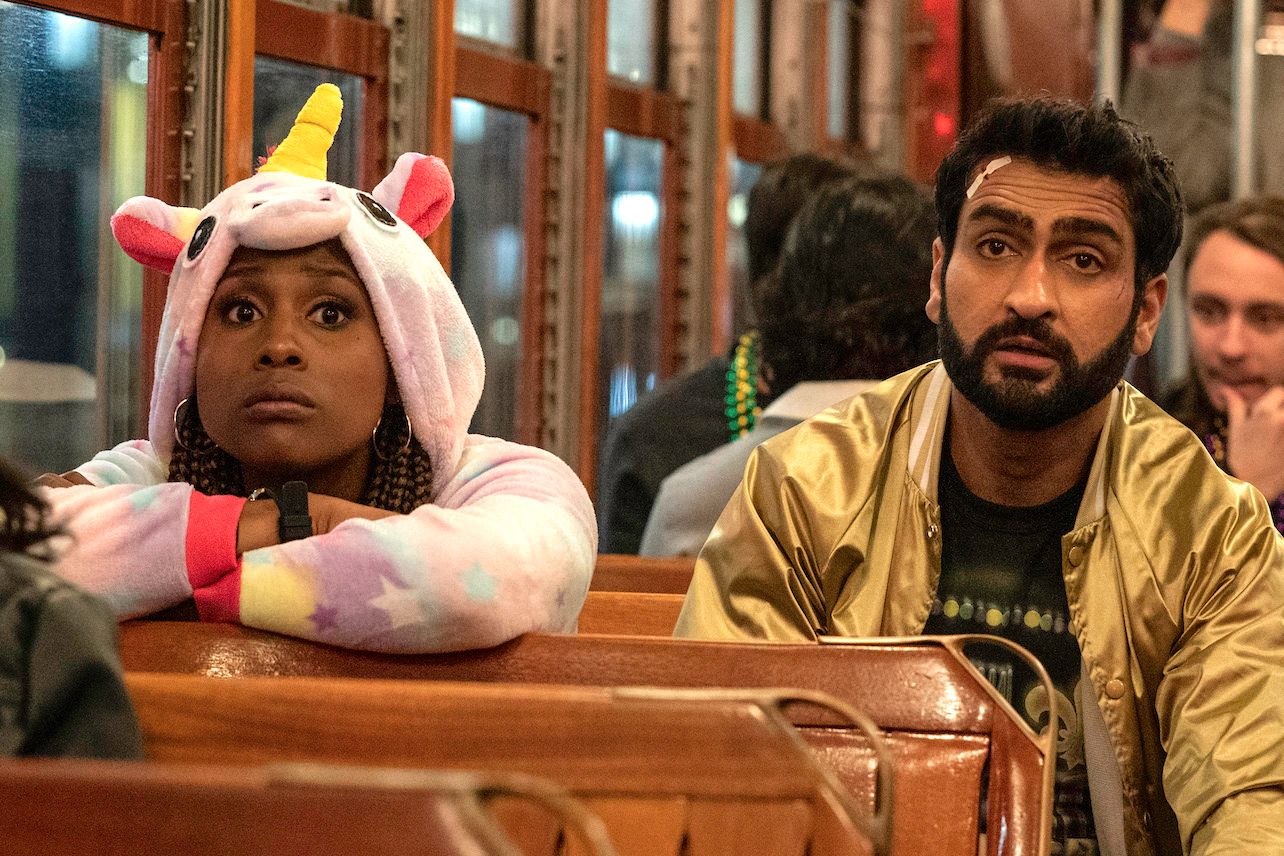 Still, the two do push through this material and use their winning rapport to make some of it more tolerable. It’s just that there have been so many movies made where framed innocents are on the run both from the police and from the criminals who framed them (who are sometimes also the police). It usually takes both special performers and a thoughtful reimagining of the basic tropes of this type of film for it to succeed, but The Lovebirds does not have the latter.

A prime example of this film’s “almost but not quite” approach is a scene that’s directly indebted to the “Fidelio” scene in Stanley Kubrick’s Eyes Wide Shut. You know, the one where Tom Cruise needs a special password to don a mask and watch other masked people have sex in a large mansion. It’s been 20 years since Eyes Wide Shut, and a comedic variation on its most notorious scene could work like gangbusters. But writers Aaron Abrams and Brendan Gall only know how to get them to the Fidelio mansion, not what to do once they’re there. So they basically don’t do much at all, leaving countless opportunities for ribald sexual and physical comedy on the table. There’s nothing Rae and Nanjiani can do about that. What’s strangest about this scene is that it flails for a different reason than most of the others, which have the opposite problem of going too big. 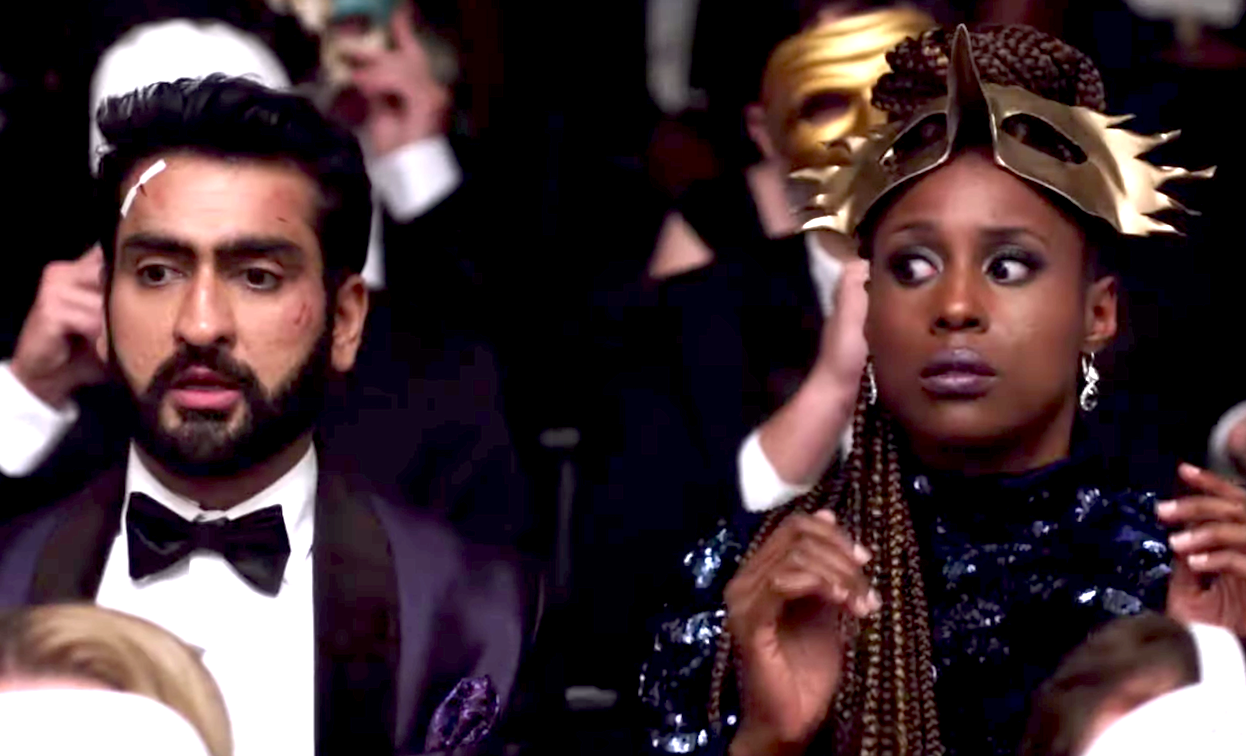 It’s tempting to reward this film with a recommendation for its positive optics and the talents of its leads, but it’s also appropriate to temper expectations. The Lovebirds was meant to debut in cinemas before the pandemic, but its rights were scooped up by Netflix once the April theatrical release was scuttled. It turns out, it’s a lot closer than one wishes to something that never had better prospects than a quiet Netflix premiere in the first place.