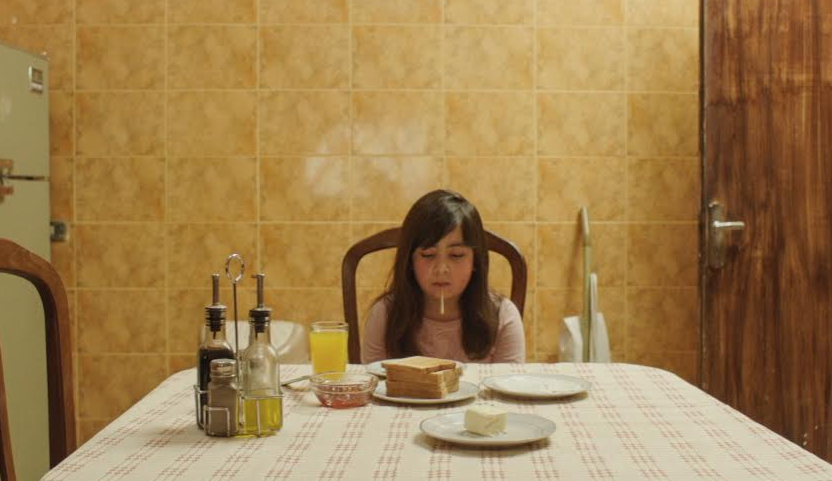 Horror movies provide a window into what scares a particular culture. However, since most horror movies, and indeed most movies in general, are produced by some offshoot of western culture, those windows often look sort of the same. There are regionally specific subsections of horror, like J-horror, which tell us, for example, that little girls with long black hair covering their eyes are pretty creepy. But rarely do we get a glimpse into the deep-seated fears and superstitions of a culture that has basically isolated itself from the influences of western culture, both in terms of what gets out and in terms of what gets in.

Under the Shadow is such an exception. It’s a horror movie set in Tehran, the capital city of Iran, during the Iran-Iraq war that consumed most of the 1980s. And though there are real-world corollaries to the more paranormal phenomena seen here – you know, like the fear of missiles randomly landing on and obliterating your apartment building – the true horror elements of this movie are bound up in Islam. Islamic culture doesn’t have a lot of time for things like vampires and werewolves, but it does posit the existence of spirits called djinn, which have a physical embodiment unlike any we’ve seen in the movies. Writer-director Babak Anvari presents them here as ominously floating hijabs that assume generally human form, yet can move briskly on a current of air and disappear around a corner just as quickly and creepily as any shadowy object tormenting a frightened little girl in country Victoria. And while that may not make these djinn wholly different from things we’ve already seen, in a genre as well-worn as horror, small differences are enough to infuse a film with chilling immediacy. 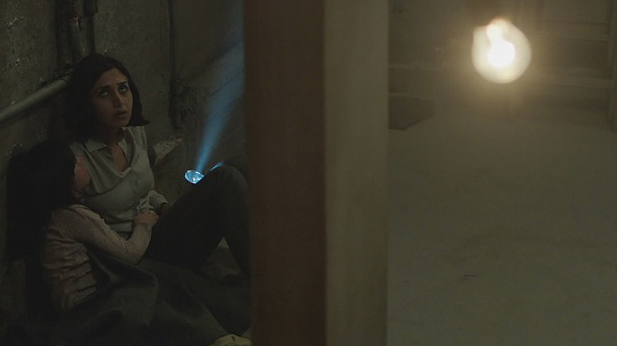 Even more chillingly, the frightened little girl in Under the Shadow may be on the side of the djinn. Her name is Dorsa (Avin Manshadi), and she’s the daughter of a doctor who’s been sent off to serve in the conflict (Bobby Naderi), and a would-be doctor who’s been forbidden from completing her education because of her radical political activities (Narges Rashidi). Told by a bureaucrat in no uncertain terms that she should choose another life goal, Shideh (Rashidi) seems to have fuelled her aborted career ambitions into an obsession with Jane Fonda workout tapes on her illicit VCR. But basic survival is a greater concern than either becoming a doctor or getting in shape, as Iraqi missile strikes are increasing in intensity. While her neighbours are heeding the call to flee the city, Shideh stubbornly refuses her husband’s request to relocate to his parents’ house in the country, considering it an assault on her parenting at a time that her sense of self-worth has already suffered greatly. She also initially doesn’t believe her daughter’s reports that she’s seeing a strange woman around the building, and that this woman says she can take better care of her than her mother. And what happened to Dorsa’s doll, which mysteriously disappeared, the search for which might be driving her crazy?

As it is in many horror movies, possible mental instability is a real undercurrent in Under the Shadow. It’s at first the daughter who is showing signs of possession and frightening levels of obsessive behaviour, but too much time hiding inside her apartment, swivelling her hips to the commands of Jane Fonda, seems to be mentally breaking down Shideh as well. Anvari’s film cleverly straddles that line, giving us images that are almost certainly a dream, but then intermingling them with some that may be real, and some that are definitely real, like a missile that actually breaches the roof of the apartment building but doesn’t detonate. This is an environment filled with both real and imagined horrors, and the distinction between the two is blurry.

What’s certain is that Anvari, an Iranian-born director raised abroad, has studied the classics of the genre and adapted them to the specific sensibilities of djinn folklore. Some of the scares here are standard jump scares, some fall under the umbrella of weird child behaviour, but then there’s that third category that’s specific to the iconography of Islam. That gives it an additional layer of feeling foreign, beyond the sense that the spiritual world is foreign to us. It exotically repurposes standard horror tropes in ways that are new. And it gives us whole new mythologies of fear to imagine ourselves away into. 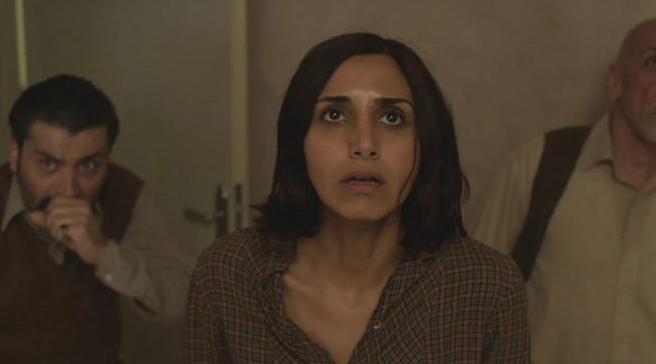 If only the script and the acting lived up to the standard created by the mood and the application of genre mechanics. In the lead role, Rashidi is quite good, but some of her surrounding cast doesn’t provide adequate support. Anvari also seems to have a weakness for lines of dialogue that express a character’s thoughts, but fail to resemble words a real person might actually speak. In terms of story structure, Under the Shadow could have used one more big scene beyond the underwhelming one that functions as its climax, especially as it clocks in at only 84 minutes.

Overall, though, this is a film that should be celebrated — not only for its success at producing scares, but for its ability to overcome the limitations the Iranian government has sought to place on those who choose to share its inner workings with the outside world. Under the Shadow was shot in Jordan, but it feels like a genuine look inside the veil in which the country has tried to shroud itself, often punishing its own filmmakers for any violations of the government’s stringent standards. Anvari’s purpose is not primarily to be critical of the country and its oppressive regime. To the extent that one can speculate what his primary purpose is, he just wants Iran to participate in the reciprocal international flow of genre filmmaking – and to share the scary things that went bump in the night when he was a child.